The most popular car on the used market in 2018: six-year-old black sedan Ford Focus III

The results of the sales of used cars in 2018: Ford Focus maintains its reputation 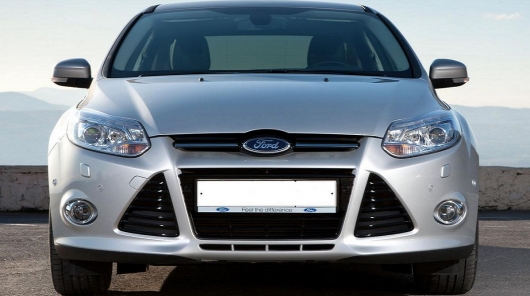 What continues to uncover the secrets of the b/u market in 2018. So, according to the statistics of the company in 2018 among the most popular used car models, leadership firmly cemented Ford Focus III, the previous generation (remember, this is the model that is still sold in the domestic market for the past 7 years, since 2011).

And in 2017, the model does not lose the leadership and relevance, ahead of such rivals as the Opel Astra H series, and the older facelifted Focus II. Even the Hyundai Solaris in the past year was able to gain a foothold only on the fourth place in the ranking compiled by CarPrice. Lada Granta on the used market models have been able to achieve fifth position in the Top 10. Read more:

Approx. What the Rating is based on the results 129.522 records on the sale of the car. Cars priced below 40 thousand rubles were not included in the list because the technical condition of such cars in the vast majority of cases below an acceptable level.

The average cost of a used car in Russia 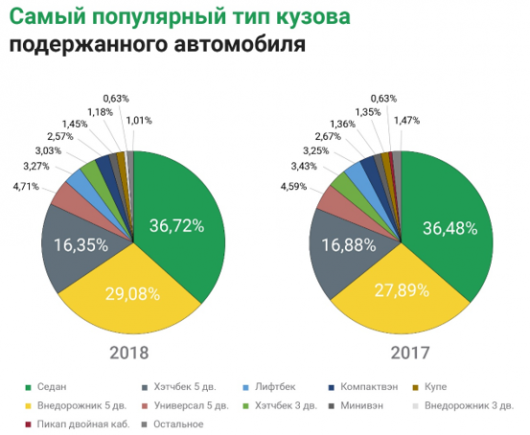 Average price of a car for sale, compared with last year fell by 4.1% and amounted to 497,5 thousand rubles.

“The drop in prices we associate, primarily, with the increasing number of cars aged 10 years and a deficit of young vehicles caused by the “failure” of new car sales in 2015″: analysts Carpris.

The most popular body type among used cars in 2018 was the sedan. Cars in this body style on used market models proved to be more than 36.7%, followed by five-door SUV with 29% and closes the top three is a hatchback with slightly more than 16%.

Compared to last year, the balance of power here has not changed.

The most popular age pre-owned

Also according to the service, “the share of fresh vehicles for 2018 was significantly reduced 3 p. p. decrease in the number of cars up to three years and by 5 percentage points up to six years. But for cars aged 10 to 15 years had more than a third of the total number of machines. For this reason, expect higher prices for “three year olds” on average 5-10%”.

And finally, the most exquisite part of the rating:

What colors were the most popular in the year 2018 on the b/u market?

The palette is not pleasing to the eye, because more than 70% of the total number of cars painted in black, white, silver, grey and blue. Our people do not like change yourself.