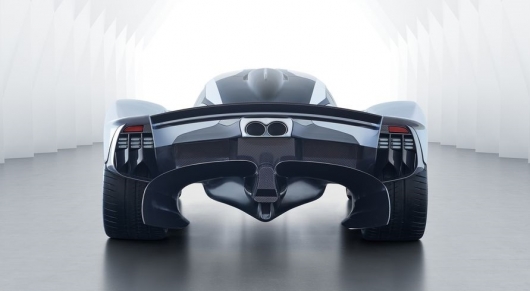 I like vans, but one them, in all likelihood, I will not be able to understand ever – how can “sticking with it” from the sound of the exhaust system of the car? Anyone can explain? I understand the exterior is, the interior charm of the interior, the dynamics of dozens of different vehicle parameters. But the sound… Never knew.

Like many thousands of other auto enthusiasts believe otherwise. Otherwise, if the British manufacturer of racing cars to do a teaser video in which a practical no frames – only a vague silhouette, but the sound is there? The sound at maximum speed V12 hypercar Aston Martin Valkyrie. This was signed in Twitter in the following way: “Sound the GREAT British car companies! Thank you”

As you get closer to the official debut of the model “Valkyrie” (it will happen next year), we learn more information about hybrid hypercare with a V12 from Aston Martin. Brush up on information about what makes this engine so special:

The 6.5-liter naturally aspirated unit, technically based on a 2.4 litre V8 Formula 1 engine Cosworth. Rumored to be producing up to 1.130 horsepower (and this power develops exclusively internal combustion engines, excluding additional forces from hybrid technology), which in itself makes this power unit is the most powerful production engine on the planet.

In addition, the engine is said to have a cutoff at 11,000 rpm, making it the high-speed serial V12. Judging by the sound in the video, these data are true.