The most aerodynamic cars

Kings of aerodynamics in the auto world. 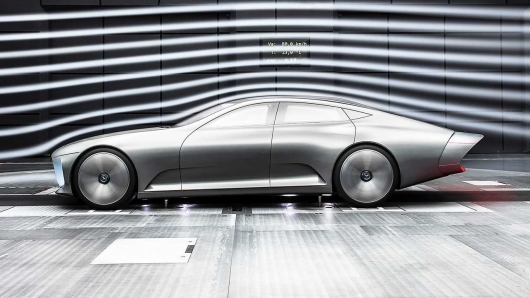 Aerodynamics is the riddle of the universe, which, of course, has long been solved, scientists, designers and engineers of automotive industry. From the very beginning of the emergence of cars in our world aerodynamics goes with them side by side. Yes, there was a time when automakers forgot about the importance of aerodynamics. Especially when fuel was cheaper than alcohol. But today, when gasoline and diesel fuel are not pleased with their price tags at gas stations in many countries, physics of the solid body moving in air is of fundamental importance to expedite and improve the efficiency of cars.

Recall that the coefficient of air resistance affects how the car consumes fuel at speed. The same applies to electric vehicles for which aerodynamics is vital, since the less the air resistance, the less electricity is consumed to power the electric motor.

Thanks to the development of aerodynamics in the automotive industry, many vehicles have become obayemi compared with their predecessors. But in the history of the world there were many examples when car companies tried to experiment with unusual aerodynamic shape. Unfortunately, in most cases, consumers did not appreciate what was due to the fact that the form did not meet the spirit of the time.

We have collected for you the most interesting and unusual cars having strange aerodynamic body. Some projects failed, some quite surprising, even today. 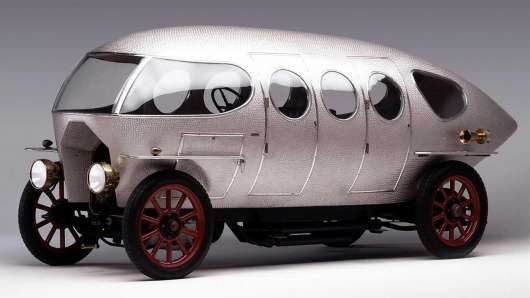 The first ever show car and the first attempt to apply principles of aerodynamics to cars were aerodynamic ALFA, released in 1914 (in those years the brand was not yet called Alfa Romeo).

The car was created by the Italian company Carrozzeria Castagna for count Mario Ricotti. The car body was made in the form of drops and relied on the classic frame.

Thanks to the aluminum body and no hood, the maximum speed of this concept was 120 km/h When the car went into serial production, speed was 139 km/h. unfortunately, the exact value of the aerodynamic air resistance of this car is unknown. 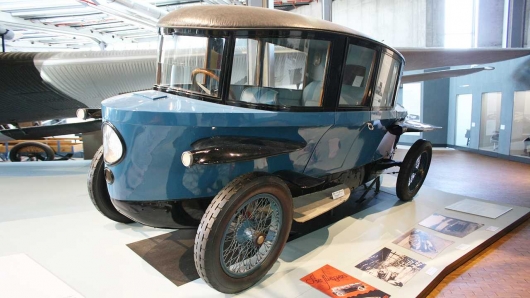 At the German motor show of 1921 in Berlin, the Austrian designer Edmund, Rumpler presented his unusual car, called the “Drop Car”. The drag coefficient of this car was 0.28 cd. That time is not just a sensation. You will not believe, but just a few years ago many modern cars, the rate was worse!

Unfortunately, the value of the aerodynamic resistance of the air does not guarantee success of the car. The demand for the car was small. There were produced one hundred cars. Apparently, people are scared of the futuristic appearance of the car.

In the world today remained only two such cars, one of which is in the German Museum in Munich. 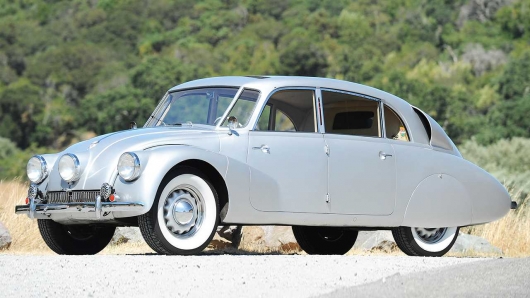 Introduced in 1936, the Tatra 87 is today a design icon. Thanks to the well designed back of the machine, the value of the aerodynamic drag equals to 0.36. By tradition of those years, the Czech automaker has installed the engine in the back of the machine.

High speed and low fuel consumption was a strong point of the Tatra mountains. For that time it was the perfect car for the highway. By 1950, it produced 3000 cars. 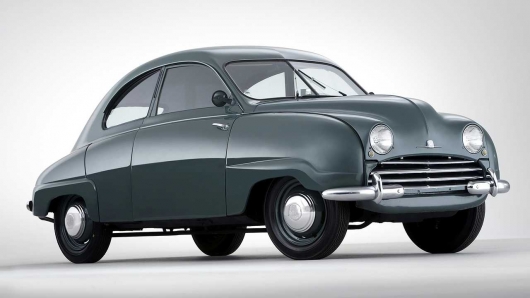 When Saab designed the first car, they have experience of aviation, where aerodynamics from the very beginning plays an important role. In 1949 the company produced the Saab model 92, with an excellent drag coefficient of air components of 0.30.

This car easily overcome the speed of 100 km/h, despite the small capacity two-stroke 25-horsepower engine. 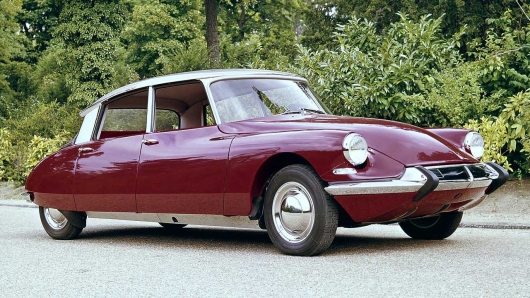 First presented at the Paris motor show in 1955, the Citroën DS looked to many like an alien spaceship landed on Earth.

To confirm the uniqueness of the car, in addition to innovative technologies (the car had hydropneumatic suspension!) designers have created a model of a futuristic aerodynamic design, the drag coefficient of the air which was 0,37. This is an outstanding result in comparison with competitors of the time. 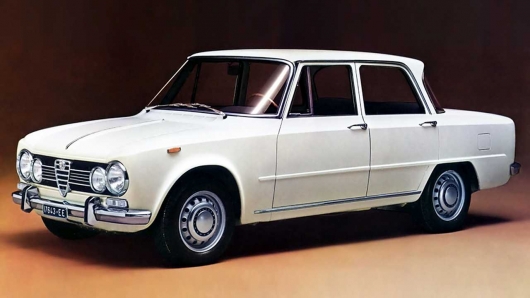 Someone can not believe this car has excellent aerodynamic characteristics, as the appearance of the classic Alfa Romeo Giulia presented in the form of a square. But the legendary Alfa Romeo Giulia 1962, showed in a wind tunnel unique results. The drag coefficient was only of 0.34, which is below even more fluent-looking NSU Ro 80 (0,355), which entered the market only five years later. 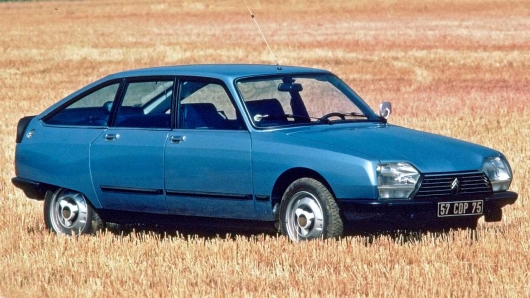 Here is another car that at first glance also does not inspire confidence in the aerodynamic miracle that is a Citroën GS. At its premiere in 1970, the manufacturer announced that the car has a coefficient of air resistance is 0.31 cd.

The family sedan had lots of space in a comfortable cabin and equipped with hydropneumatic suspension. It was released more than 2.5 million vehicles. Production continued until 1986. 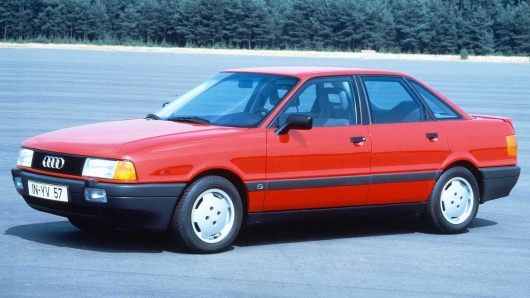 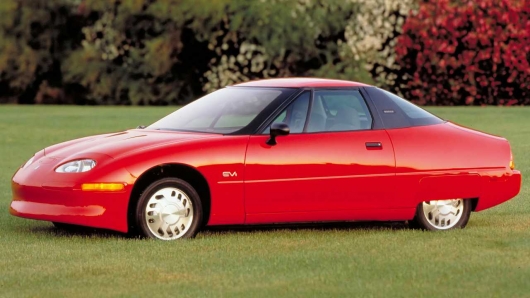 The machine was equipped with a simple lead or Nickel-metal hydride batteries. But despite this, the power reserve of the electric vehicle was a stunning 230 km. And all this thanks to the body design, which had an incredible coefficient of air resistance of only a 0.19 cd. 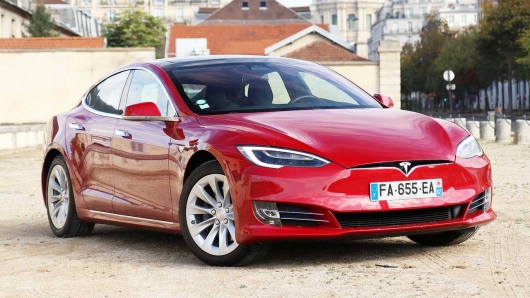 Tesla Model S is an electric car that changed the history of the automotive industry, sending the entire world to develop in a new way. And all this thanks to the foresight of the head of the company Elon musk and designer Franz von Holzhausen, who designed five-seat sedan with a drag coefficient of 0,24 air.

For comparison: in 2012, this value represented the total world record for a mass production car. This factor had a Mercedes S-class. Thanks to the stunning body style of the Tesla electric cars under ideal conditions can travel 400-500 kilometers. 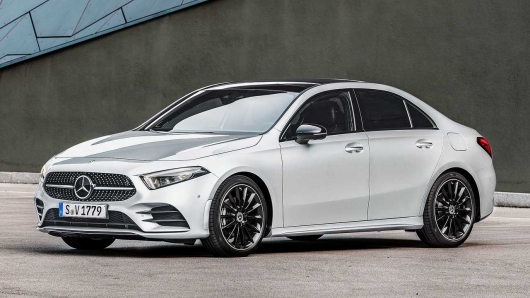 By the end of this decade (at the moment) the most aerodynamic car on the market is the sedan Mercedes A-class (model series 2018) with exceptional aerodynamics (coefficient of 0.22 cd).

This was made possible thanks to the integrated sealing of car body (including the sealing of headlights), including complete sealing of the underbody of the vehicle. Including a fully-insulated engine compartment, details of the rear suspension and more. Spoilers wheels front and rear have been optimized, so that the wheel can rotate with minimal losses.