The Japanese decided to put an end to mass stealings of cars Toyota and Lexus.

Why Toyota and Lexus will continue to steal? 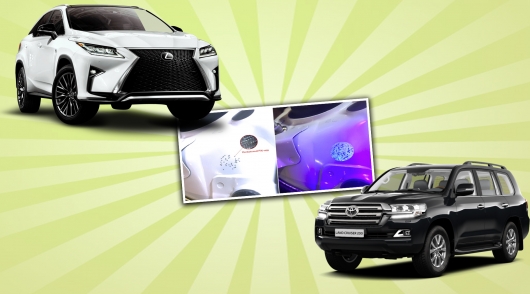 Probably not a secret that the most popular with car thieves in the world are Japanese cars Toyota and Lexus. Criminals love these cars and in our country. Enough to ask the insurers how much is Insurance on a Toyota Camry, or any other Lexus, then it becomes immediately clear that these cars have a greater risk of theft, for which their owners and have to pay a ruble when purchasing insurance. But apparently very soon criminals will have to change their tastes, because Toyota and Lexus have decided to seriously take up the protection of their products from theft. Or not? Let’s find out.

Thus, the company “Toyota Motor” has decided to spend on a new car set of measures with the aim to ward off thieves from their cars to Toyota and Lexus.

It is known that a lot of car theft is committed with the purpose of changing the identification numbers on the body or chassis (VIN), with a view to resale stolen car under a false identity. Typically, these thefts are made to order.

To make this kind of theft is useless in the company Toyota has developed a special marking and body parts of the body with a unique anti-theft ID. 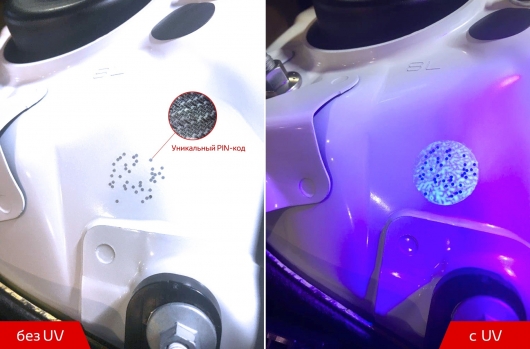 Photo from the official website of Toyota in Russia

This identity is a common code that is tied to the VIN number of the car.

This unique code is applied to the car using special equipment, which makes on the body and its parts microscopic point diameters of 1 mm, which are not visible to the eye. To read the code of points needs to increase tenfold.

To protect the car company Toyota decided to put a unique code on the pedals, pipes, doors, and covers all new cars.

Thus, according to OOO “Toyota Motor”, with the standard fake signs on the body with a VIN number and part replacement on the stolen car will help to identify stolen cars and identify them by the security forces at the register in traffic police, as well as set the vehicle when the operational-search activities.

To somehow wrap up a similar service for marking car hidden labels with the PIN code, Toyota and Lexus will give the owners of these cars a special certificate. That is, wrap the service in a beautiful wrapper, as usually happens in our era of mass consumption.

It is planned that starting from 2019 the marking will appear on the cars Lexus. Towards the end of next year, marking will be on all the Toyota cars.

But that’s not all. The Japanese decided to increase his new car, the number of security labels-labels, which usually indicate the VIN number of the car. According to the representative from Toyota, this new plate will be protected from peeling (label when you try to otkliki simply just destroyed). Including stickers feature a special protection in the form of a frame, which glows under UV light. 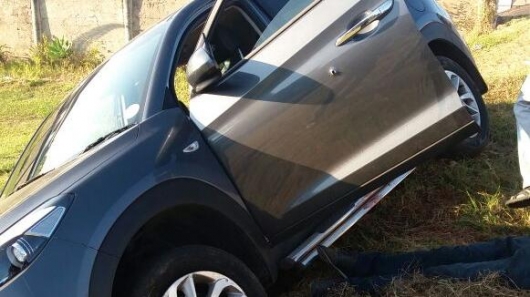 And finally another piece of news from the Japanese. It is expected that many of the cars Toyota and Lexus will install a more advanced security system. For example, the SUV Land Cruiser 200 will establish a new tilt sensors and towing sensors new volume and a new double lock with the Central locking.

Now let’s talk about sad? What do you think will protect this complex of measures for the future owners of new cars of Lexus and Toyota from theft? Of course not. All these new measures are pure marketing and nothing more.

Marking of vehicles is already available as services on the Russian market, which have many companies. And I must admit it has never stopped the hijackers.

The fact that most cars today hijacked to parse for parts. Accordingly, the hidden marking with a PIN number will not deter those who are engaged in thefts of cars for sale for parts. It will not promarkers all the parts in the car.

In addition, as you know, Toyota decided to label some parts of the car. So if a car is stolen for subsequent alterations under the other documents, criminals will not be difficult and change the marked items.

With regards to the new protective stickers with VIN number, for those involved in the alteration of stolen vehicles will not be to order new stickers that have long learned to do in the Baltic States, Poland and even China. Well, it may take several months after the emergence of new forms of protection to cars and brave guys on the underground press to quickly and easily learn to sculpt packs like stickers.

In fact, Toyota had to think of little else. First, it is high time to implement all the new cars are more reliable security system, which today leaves much to be desired as to hack the current secret police can even a schoolboy. 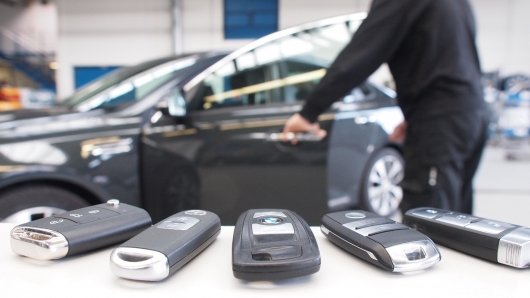 Second, we need a long time to think about the Keyless entry system, which, as we have said many times, “one-two-three” cracked with the help of radio repeaters, which is easy today to buy it on the web for little money.

Have questions to the installation staff of security systems, to which the criminals very easy to get by plugging their brains that allows them to start the engine with your key.

But, no, on the regular signaling of the Toyota and Lexus things are there. In General, in spite of reports of a number of known media that soon the Toyota cars and Lexus will cease to steal, to say that the new protective marking Japanese cars will discourage criminals from temptation of stealing, after all Oh how premature.

Alas, what I decided to do a Toyota still looks like the usual marketing ploy, to attract to their products more attention.