If necessary, airbag on new Hyundai and Kia can turn around again 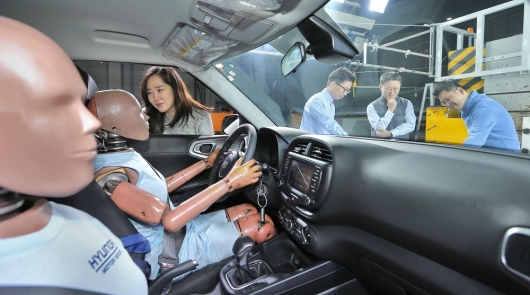 Hyundai Motor Group is working on the world’s first airbag system is able to work several consecutive collisions. That is the meaning of the system.

According to the NHTSA, 30 percent of 56.000 traffic accidents in the period from 2000 to 2012 in the North American region had a secondary impact, i.e. after the first initiating shock, the initial impact was followed by a clash with secondary objects, such as trees, pylons or other vehicles.

Such specific statistics on collisions with multiple objects, the traffic police in Russia, or organization that monitors security in other countries around the world we at the moment, which we take as the initial benchmark of similar accidents around the world this study, as the statistical proportion in different countries of the world, most likely really will be very close. 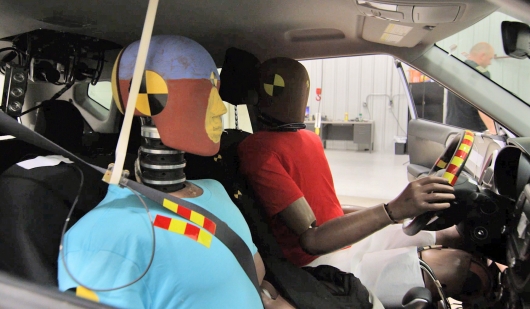 So, in contrast to currently used systems airbag, which may not provide any secondary protection after the initial impact, the system of Arbekov Hyundai “multi-collision airbag” will allow the airbags to work again at the second blow. Of course, that the meaning is to deploy at that time unused airbago. Those that worked, now does not protect neither passengers nor drivers.

In Hyundai claim that the technology underlying the new airbag system that monitors the position of the passengers inside the vehicle after the initial collision. To do this, the engineers recalibrated the sensors on the intensity of load required to deploy herbage, allowing the cushions to turn faster in the case of a secondary impact, increasing the safety of passengers.

“Improving the performance of airbags in scenarios with multiple collisions, we expect a significant increase in the safety of our drivers and passengers,” said Chi, Taesoo, head of the Center chassis technologies Hyundai Motor Group. “We will continue our research on more diverse emergency situations as part of our commitment to producing safer vehicles that protect passengers and prevent injury.” 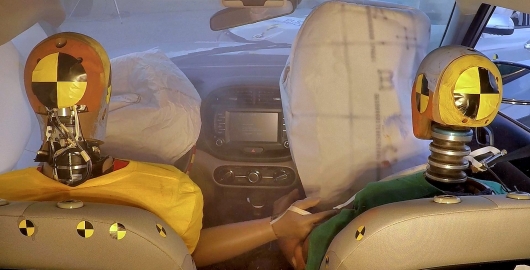 Hyundai Motor Group will offer improved system of Arbekov future models of Hyundai and Kia after it has been finalized. The exact date is not appointed yet.