The history of the development of internal combustion engines 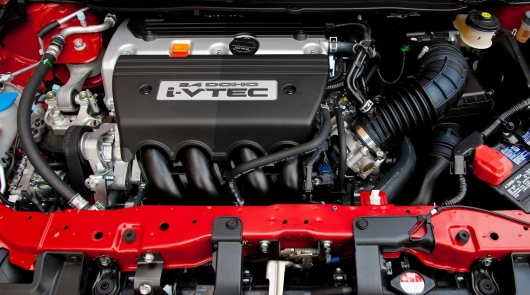 The first petrol engine was built 140 years ago, since the basic principle of operation of these units has not changed.

The basic principle is that the fuel is delivered into the combustion chamber with a certain amount of air, and this mixture is ignited by a spark. These approaches since then has not changed, although, significantly reduced the emissions of gasoline engine over the last century.

1. The evolution of internal combustion engines 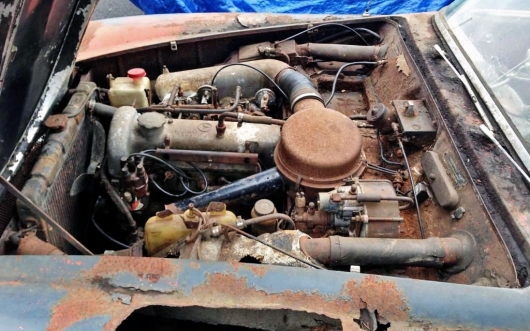 The first gasoline engines worked with carburetor, this solution is still used in the classic models.

However, the carburetors were not the most effective method of preparation of the combustible mixture (fuel and air), so the engineers continued to develop the ignition system to improve engine efficiency. In the last century, the war for horsepower does not automatically mean finding a solution to the problem of emissions, therefore increasing the coefficient of performance (COP) of the engine was the only thing that mattered.

In light of today’s current trends of reductions in emissions from gasoline engines, we believe four-stroke petrol engine is a kind of norm or standard of environmental friendliness of the engine. This is due primarily to the fact that this setting didn’t need to fill the fuel mixture with oil to provide internal lubrication of the cylinder, which these engines did not generate a large amount of blue smoke. In our opinion, this technical solution was the first step in improving petrol engines. 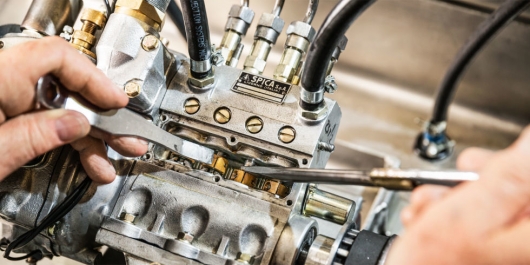 The next big step in this direction was the system of fuel injection. It was developed during the Second world war for fighter aircraft, but eventually found its use in mass-produced vehicles. As previously thought, this development was to obtain the largest spread among the expensive cars, but eventually, it became widely used in cars of the middle class.

Unlike carburetors, MW efficiently provide the right amount of fuel and air for each combustion cycle. Later this system has evolved over many years and reached a certain stage of perfection in the late 1980-ies. Meanwhile, some fuel-efficient vehicles still use carburetors and mechanical fuel injection was still considered an expensive technology. Unfortunately, like carburetors, MW had its flaws, demanded periodic settings. But, theoretically, he could work more efficiently than a carburetor engine. 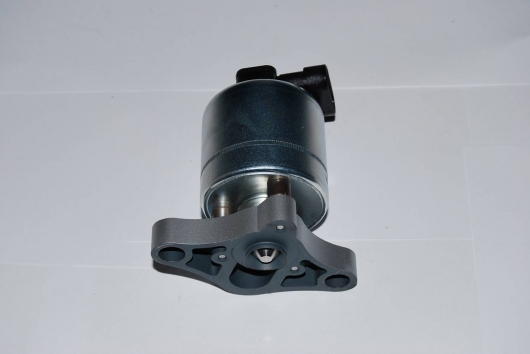 System exhaust gas recirculation was one of the first systems that have reduced emissions gasoline engines, and increased their overall efficiency. The essence of the system lay in the direction of the exhaust gases back into the combustion chamber, thereby reducing the temperature therein. Using this EGR the engine warm up to operating temperature, and the imperfection of the carburetor system has a smaller effect on the final efficiency of the engine. In turn, the reduced temperature in the combustion chamber eliminated the problem of a too early ignition and detonation of fuel, allowing the engine to work more smoothly.

However, the first EGR was too “raw” and affect efficient engine operation. In the end, automakers have begun to control recirculation of exhaust gases to provide an improved starting and idling, and increased performance at high loads with a power system. Most modern cars still use the EGR system, while some engines do without it, thanks to other engineering solutions. 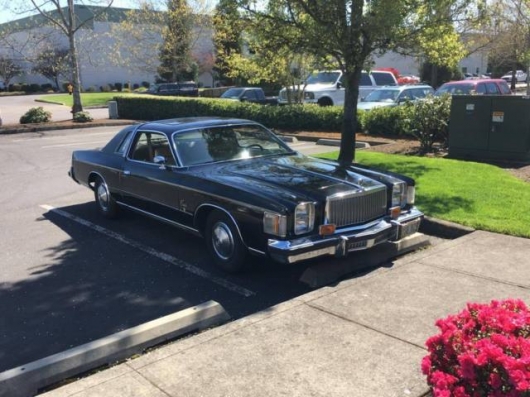 One of the most important steps in the world of petrol engines was the introduction of electronic ignition systems. They used special sensors to replace your vacuum and centrifugal mechanisms in the ignition control (trambley). This provided for the presence of spark necessary for ignition of the fuel-air mixture at the right time.

Initially, they were installed on gasoline engines to improve their efficiency, and, ultimately, they become the norm for petrol engines. Along with adjusting the carb, setting the ignition timing was a real nightmare for car owners when they did not have at hand the right tools and enough experience adjustment. This has led to increased consumption of fuel during the entire period of use of the vehicle. 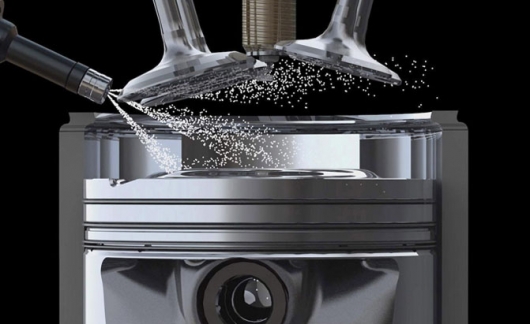 The idea of the engine using a lean fuel mixture was to increase the combustion efficiency of the mixture using the ratio of fuel and air, typical of the traditional Otto cycle. The solution was to use a lean fuel mixture in the ratio of share of the air/fuel is several times higher than stoichiometric is 14.64:1 (a mixture of oxidizer and fuel in which the oxidizer only as long as necessary for complete oxidation of fuel).

This decision became widespread in the late 1970-ies and was used for some models “Chrysler”, “Honda”, “Nissan”, “Mitsubishi” and “Toyota”. The idea of this type of engine was that it reduced the so-called throttle losses (occurring due to the design of the throttle) and increased fuel economy.

This type of motor is not widespread, since it required a complex system of catalytic converters. This concept lost relevance with the 1990-ies. 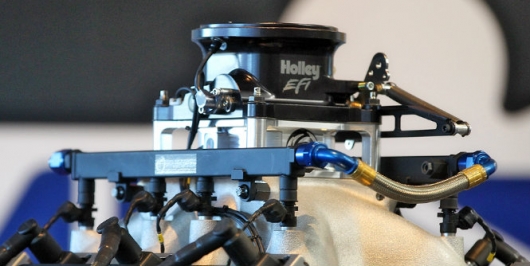 The next significant achievement in the reduction of emissions of petrol engines (later diesel engines) was the introduction of electronic fuel injection. It was even more accurate mechanism than mechanical solutions and provided even better control of the amount of fuel in the combustion chamber.

The initial design was a single point injection system, but the technology of computers has evolved rapidly in multipoint options. Later it was replaced by the direct injection for efficiency reasons.

Unlike mechanical fuel injection systems, systems of EVT had more sensors and was allowed to achieve even higher accuracy. They also had computers that were controlled electronic ignition system. Together, these systems could provide the engine a stoichiometric mixture of air and fuel at any speed and in any mode.

These new engines with fuel injection were equipped with lambda sensors (sensor residual oxygen in the exhaust manifold of the engine). This is the oxygen sensors located on the exhaust pipe, are used to assess the effectiveness of the firing cycle in the engine, reduce pollution catalysts.

Modern cars have two or more oxygen sensors, and they are placed directly in the exhaust stream (usually before and after the catalytic Converter). Time of ignition and injection is constantly adjusted in accordance with the parameters set at the factory, ensuring that the gasoline engine operates fully in compliance with the emission standards. The result is achieved thanks to the lambda probe, together with the work of EVT. 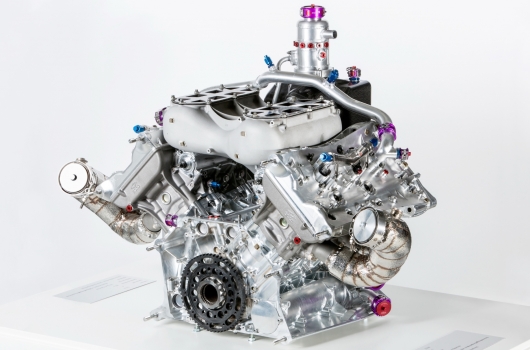 These systems worked in harmonious tandem for more than two decades, providing the world with engines that will not poison the citizens in the streets when cars stand in traffic jams. However, the weak point of this system was that even a small malfunction of any of the elements led to the failure of other components. It is therefore important to look at the display on the dashboard “Check engine” and maintain the vehicle at intervals specified in the maintenance manual. 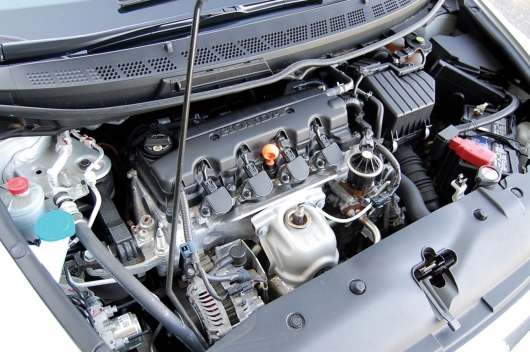 Although this is not a recent invention, the gasoline engines with direct injection in the past few years are becoming more common. The main difference from other systems is that they deliver the fuel with high pressure directly into the combustion chamber. Classic fuel injection as fuel is delivered at a pressure approximately equal to that used in car tires.

Petrol engines with direct injection have become more and more similar to diesel units, delivering fuel into the combustion chamber. New engineering solutions possible to realize atomization in the combustion chamber, even a small amount of fuel, though in a manner that provides optimum ignition.

2. Other cycles of combustion 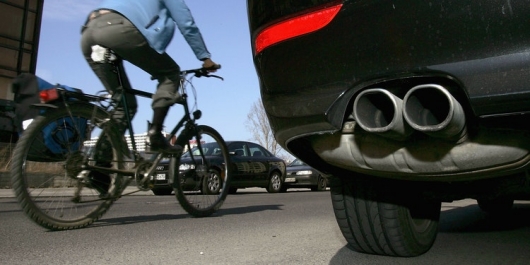 Combustion cycle Otto is not the only way a petrol engine. In 1882 James Atkinson developed a combustion cycle that bears his name. He was not as popular as the Otto cycle, due to its reduced power level, which he provided in comparison with the cycle of the internal combustion Otto. However, modern hybrid plants have started to use the Atkinson cycle thanks to its improved overall efficiency.

Some engines used a special mechanical blowers to compensate for the reduced power of the Atkinson cycle, they used Miller’s cycle. Unlike Otto engines, the engines of this type were not widely used.

Some manufacturers have developed spark-ignition engines that operate in the Atkinson cycle at low revs, and then switches to the Otto cycle to ensure high impact. For example, Mazda does it with the help of its 2.0-litre units “Skyactiv-G”, and “Toyota” uses a similar concept to the engine “Lexus NX200t”.

3. What the future of spark ignition engines? 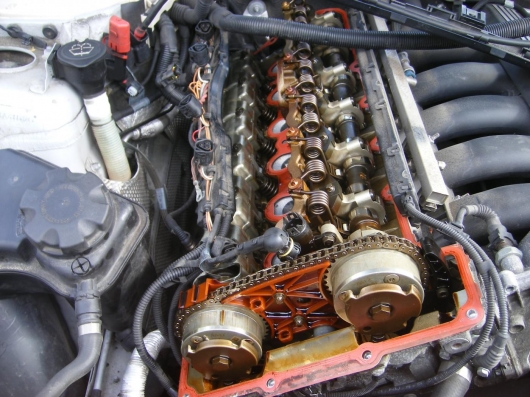 We expect that future diesel engines will have improved spark plug, the spread will get laser ignition. Such a scheme is currently developing “Mazda” for its rotary engines. In addition, future non-use of the throttle (BMW already does this on its engines “Valvetronic”). The combustion cycle can be further improved by full synchronization of all process stages.

Currently, the regulation of the valve timing is commonplace in the automotive industry along with direct injection. But “Koenigsegg” has developed continuously variable engine to increase power and efficiency. However, the company still does not use the prototype in any of their cars.