The government has given cyclists more benefits, but in special places

The government introduced the law a new concept of “Bike zone” 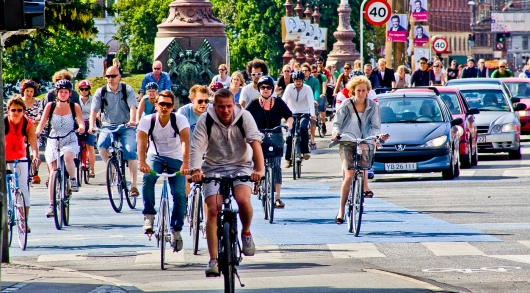 On the website of the Russian Government published a decree on 4 December 2018 No. 1478 on the changes made in the Rules of the road, signed by Dmitry Medvedev. According to this resolution and in the development objectives for public and pedestrian areas cyclists get priority on the “so-called peaceful streets”, which introduces the concept of “Bike zone”.

Changes in the Rules of the road

Accordingly, cyclists will benefit on some of the roads in front of motorists. Namely, the maximum traffic speed in this area will be not more 20 km/h. Pedestrians will be allowed to cross the roadway in any non-prohibited location. And that car drivers understood that entering a restricted area, to designate such sites will introduce new road signs and road markings. 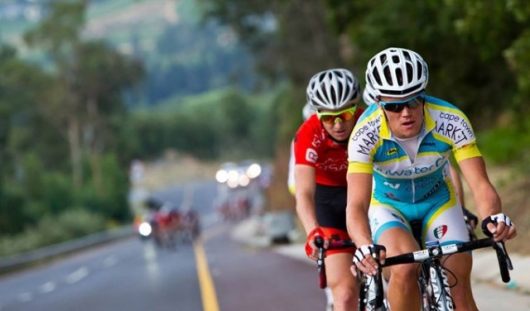 On the streets with the “soothing movement” (part of the carriageway, which for cars is set to maximum limit speed to 10-20 km/h) established the advantage of the bicycles in front of vehicles, they are given the opportunity to move across the width of the roadway intended for movement in this direction. Pedestrians are permitted to cross the roadway in any non-prohibited location.

Note that to determine this out, you can not only limit signs and special markings, but also by the fact that all coatings performed at the same level with the roadway, i.e. the pavement is not raised above it.

So you can look like road signs, offered this summer: To determine help a new traffic sign 5.33.1 “Bike zone”, but also don’t need to forget to look around, where is inscribed a redundant road markings 1.24.6. 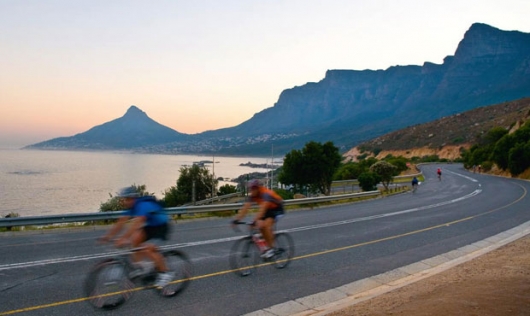 So cars do not interfere with cyclists, pedestrians and disabled citizens, “for vehicles is prohibited to stop Cycling and Cycling and pedestrian paths closer than 5 m from the intersection of such tracks with carriageway and in places of interface of the roadway and sidewalk on one level,” this is also stated in the help document.

An example of road markings: 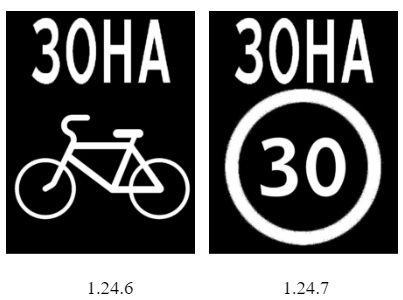 The document also explains another paradox, which was giving no rest to the cyclists who were involved in an accident at a T-junction. In accordance with the previous edition of the Rules some of the T-junction where it is permitted to move only to the left and there are two or more lanes, cyclists could not move in any direction.

Thus, getting into an accident, cyclists often recognized guilty in the accident. In the new edition of the Rules, the opportunity for cyclists is established. They will be allowed “to turn left on roads with more than one lane in one direction, in the case when the right lane is allowed to turn left”.

And finally, to cyclists not hit pedestrians on crossings, combined with a Bicycle path, will install traffic lights with signals in the form of a silhouette of the pedestrian and cyclist. And bike paths are in contact with the Parking of vehicles on the layout 1.16.1 (“raft”), will be divided into space for vehicle Parking and cycle lanes.