The first information about the 2018 Paris motor show 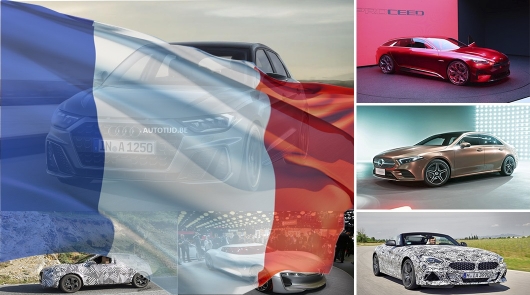 Paris motor show, historically, is a very interesting and significant event in the automotive world. The fact that he is starting in the fall, as it adopts the baton anticipating his dealership in even-numbered years– in Geneva, on odd – Frankfurt.

Automakers are waking up after summer hibernation and begin to show in all its glory in their most current innovations. And when you need to do it the most active? Right, the sooner the better. Therefore, the motor show in Paris standard attracts so many interesting, iconic autonomies, a first display updates in Switzerland or Germany.

The famous Paris motor show, the second largest European salon of the year, scheduled in 2018 on 2 October.

After the Grand debut of many new clothes at Geneva in 2018, Paris will be the second chance for the world’s automakers to showcase their latest products for mass production and future concepts in the automotive field. Last year, for example, we saw the debuts of such models as the Land Rover Discovery, Nissan Micra and Volkswagen ID Concept.

However, a number of major manufacturers of skip the show this year: Volkswagen, Ford, Volvo, Nissan and some other brands will not bring anything to France.

Other brands, on the contrary, use their absence as an opportunity to make even more buzz around their new products. Here is a preliminary selection of innovations that we can see in France in the middle of this year. 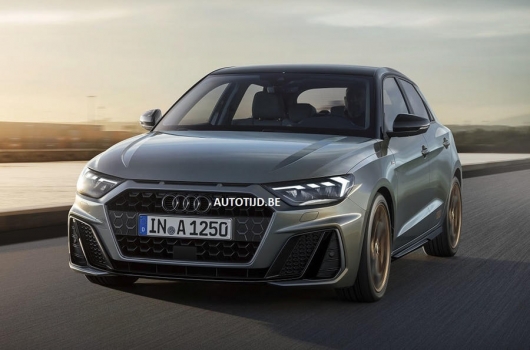 The process of opening new Audi A1 has already begun. Moreover, it actively involved the automaker, exposing fragments of the product on the official channels of Audi in social networks.

Not without missteps. As ingolstadts not keep track of the sketches and they went free swimming, showing all lines of novelties in every detail. But despite the premature disclosure of appearance, we look forward to an updated version of the smallest car from the line at the motor show in Paris. So without hesitation write the model in a compilation of the expected machines. 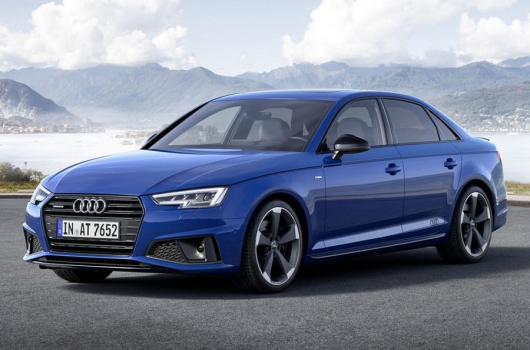 Even Audi has updated its rival to the BMW 3-Series model A4, which became sharper in character throughout the range of the line. The potential in power and speed will be duplicated in the exterior of the sedan. The Internet has revealed the updated Audi model A4 exactly a month ago. Sales are planned for the end of 2018, so at the Paris motor show likely will focus on the charged versions of the sedan and station wagon. 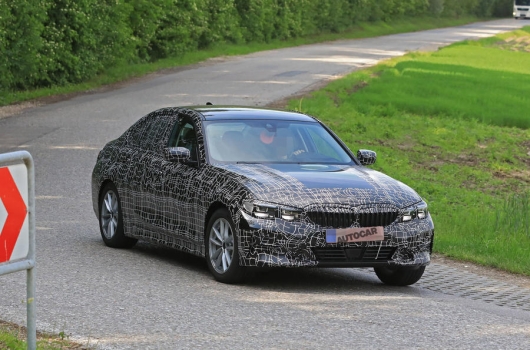 BMW lost some positions, after the Mercedes-Benz C-Class became the best selling compact car class in Germany and Europe. The brand from Bavaria expects to recover in the positions with the advent of version the G20. This is according to the calculations of the Bavarians compensates for lost growth model and postpone her eviction from the pool of models SUVs and compact crossovers. 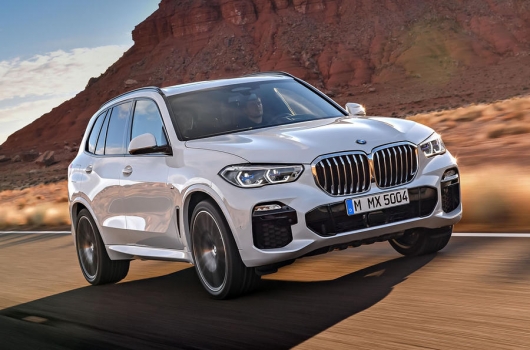 Another novelty that we find in the face, which was even attended a closed premiere in Moscow, but whose official debut will take place exclusively in Paris. Historically, including this and remembered the event in Paris. Decades later, remembering the G05 model, we will speak about the Paris motor show, where BMW brought its flagship SUV. 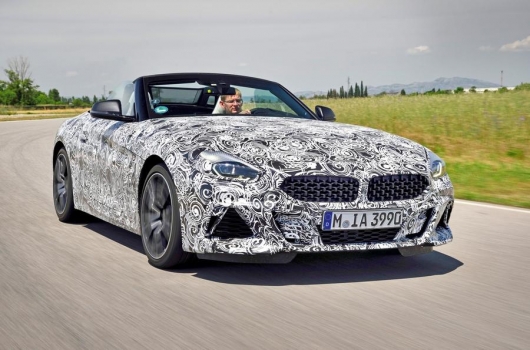 We waited for him long, and our expectations were rewarded. The Z4 will arrive in Paris to join the fight for the lovers of speed and pressure with such renowned rivals as the Porsche Boxster and Mercedes-Benz SLC. BMW promises the new focus on dynamic ability the new Roadster, as well as a completely different appearance, different from its predecessor. 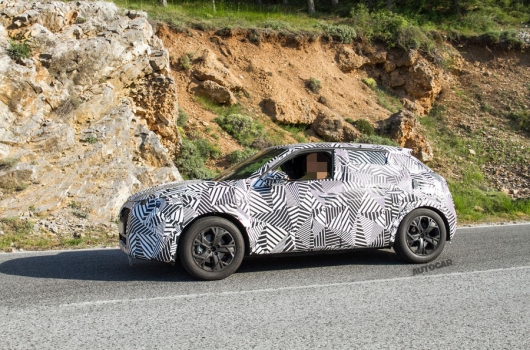 The attack on the market “Teddy” SUVs DS continues with the arrival of French 3 Crossback – rival the BMW X1 and Jaguar E-Pace. Will look like new? Probably a funny concept style DS E X-Tense can completely pass away in the production model. 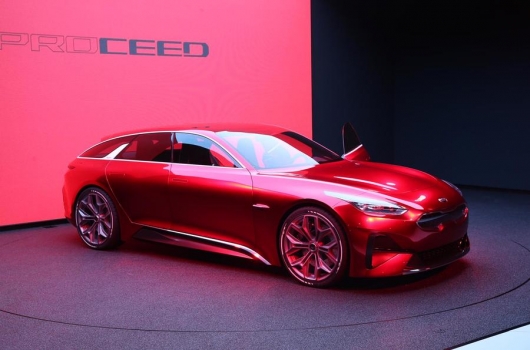 Shooting Brake version of the Kia Ceed – Proceed model, replaces the previous slow version three-door hatchback and as much as possible to get away from the past, even removes the apostrophe from their name.

Before that, we saw it only in conceptual form, but hopefully the style of the production model will not be too far from it. 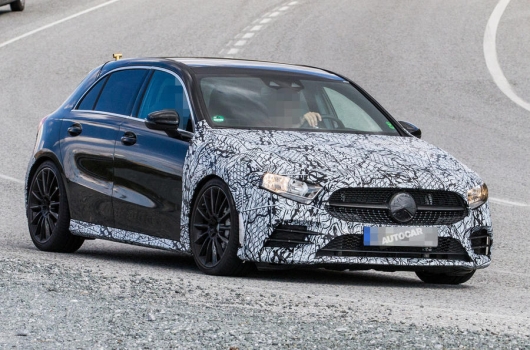 Heated version of the new hatchback Mercedes A-Class arrives in early 2019 with 300 HP under the hood. This will be the penultimate power variation of the AMG A-Class first (model A45) will receive as much as 400 horses.

Mercedes A35 AMG will compete with the Audi S3 and Volkswagen Golf R, while the top A45 will be more in line with RS3 and BMW M2. 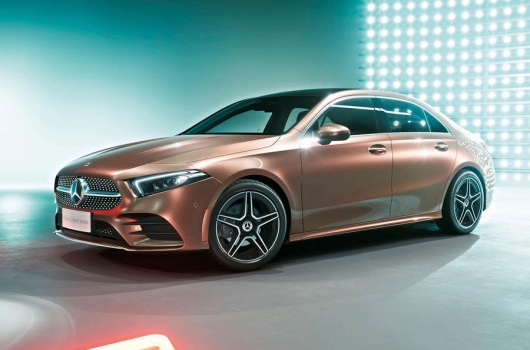 Mercedes also wanted to get into class sedans, which a few years ago, successfully entered Audi model-classic body – A3. Initially the style of the sedan was shown at the Chinese long version with a long wheelbase, but for markets in other countries Mercedes-Benz A-Class sedan will be made on the usual length between the wheels. 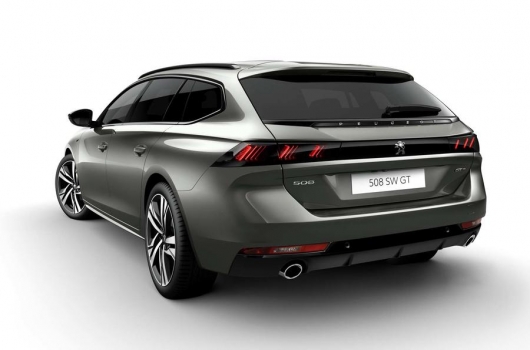 Peugeot sedan has received a new form “fastback”, but what about the station wagon? Well, this guy also gave the new sharp look, and we will be able to see the changes in Paris. 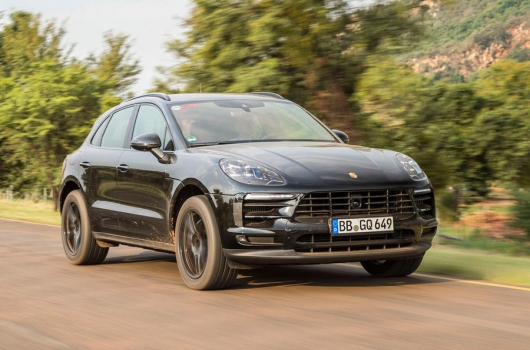 The smallest Porsche SUV has been with us since 2014, so it’s time to upgrade in the middle of its life cycle. How the model will look like, Porsche has managed to show two days ago, Porsche has officially unveiled the Porsche Macan crossover 2019 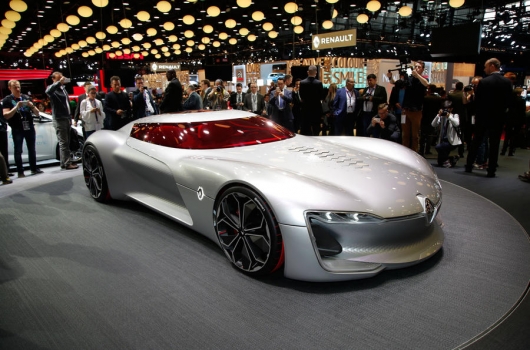 For this new product while nothing is confirmed, but Renault will almost certainly take the concept to your home dealership. In recent times the brand has introduced the dramatic concept of “best wallet” — it was an Autonomous luxury car, which showed the new direction of the brand. 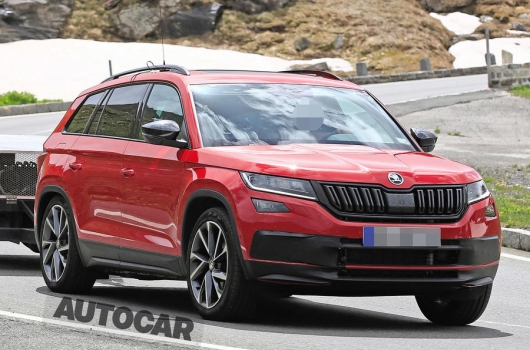 The first “hot” SUV Skoda and he turned out to be the second model in the line of vRS since the preservation of the Fabia Vrs. However, now is the fastest seven-seat SUV to lap the Nurburgring. The model will be fully revealed in Paris, on the eve of the start of sales at the end of the year. 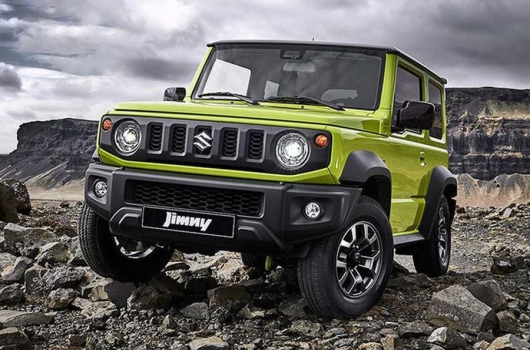 Japanese automaker Suzuki has a reputation for bizarre sentences, and this year we will see the European debut of the new Jimny 4×4. The first model will go on the road at the end of this year.