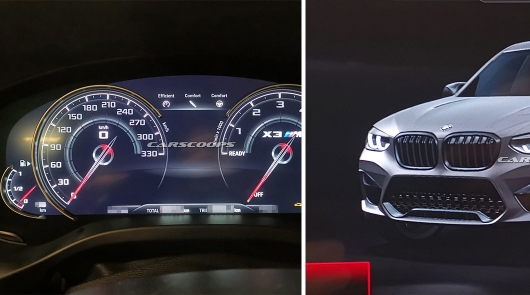 BMW has shown the first pictures of their sports crossovers 2020 X3 M and X4 M in September, but only in the beginning of the new year, we get the first undisguised opportunity to look at a model of a crossover with improved characteristics X3 M. 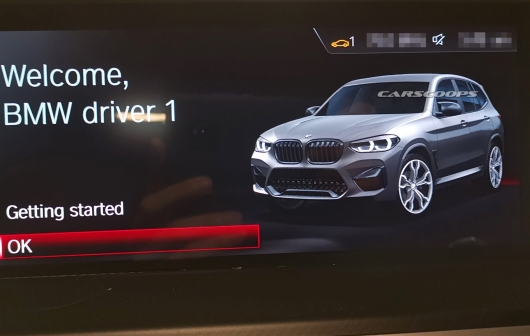 Moving further, you can see that the designers placed vents in the front fenders and sportier side skirts. The model was also equipped with external mirrors, a more aerodynamic shape, patapievici alloy wheels and blacked-out moldings around the side Windows. And last but not least, the roof rails have been removed for improved aerodynamics.

While the latest images show only the front three quarters of the body X3 M, previous spy photos have also hinted that the model will get a modified rear bumper and sports exhaust system with four tailpipes at the end. The crossover will also have a unique rear spoiler and a small rear diffuser for aerodynamics. 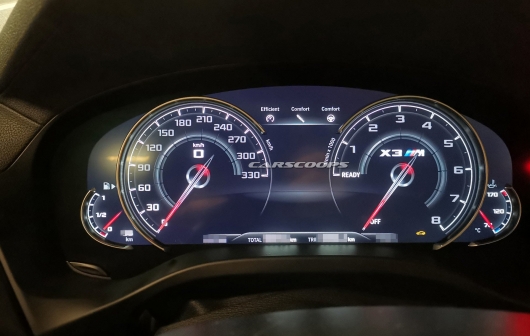 In addition, the new photos also show us the digital instrumental cluster crossover. Electronic instrument panel with the inscription “X3 M” got marked up to 330 km/h speedometer. But it can rather be seen as a marketing exercise, it is doubtful that the Bavarian model is really able to beat any McLaren 600LT Spider, for example. Note that the latter corresponds to the hypercar a top speed of 328 km/h.

BMW has been reticent in talking about the specifications, but the company has confirmed that the X3 M will receive a “newly developed inline six-cylinder engine with M TwinPower Turbo technology and high performance.” Given the recent rumors about the BMW M3 2020, the X3 M will get a twin-turbocharged inline 3.0-liter engine, developing up to 474 BHP (353 kW). 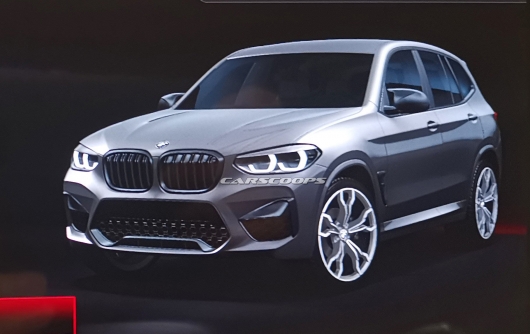 The engine is mated with eight-speed automatic transmission and all-wheel drive system xDrive M, similar to that used on the M5. BMW has already confirmed the latter, and promised that the model will have “maximum traction” and “extremely dynamic handling characteristics”.” Other features include an active M differential and a sport suspension.

BMW did not say when and where will be presented the model, but the crossover should appear at the motor show at the end of this year.