The Detroit auto show (NAIAS) 2019: the most important novelties

Automotive news in Detroit in 2019 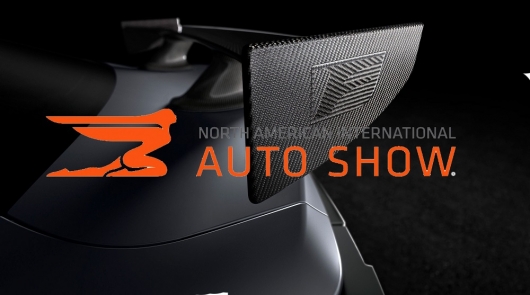 The North American international auto show – abbreviated NAIAS is held in Detroit (14 to 27 January 2019) and marks the start of the automotive new year, 2019. In the main exhibition of the USA in the first half of the new year, American manufacturers Chevrolet, Dodge, Ford, Cadillac, Lincoln and GM traditionally show their new car. The range of updates varies from sedans to sports cars, from SUVs and to a typical American pickup trucks. A lot of the brands especially prepared for this event their most interesting autonovelties.

Toyota uses this year’s first major motor show to unveil reissued Toyota Supra. VW may bring a new generation of American Passat and Cadillac, model XT6, which should complement the offer among SUVs luxury brand from the USA. Infiniti, in turn, show you what to look for electric crossover of the brand. Ford, in addition to Mustang Shelby GT500 (power of about 700 HP), may be at NAIAS 2019 and the legendary Bronco SUV model of the new generation. 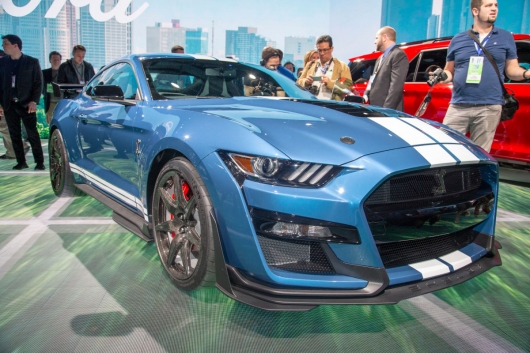 In Detroit, Ford introduced the Shelby GT500. This is the top version of the Mustang also is the most powerful model of all time.

Power 5.2-liter V8 with a supercharger under the hood is 709 L. S. Quarter mile model should take place in less than 11 seconds, this means that the dynamics from 0 to 100 km/h must correspond to some 3.5 seconds. Boosted brake system from Brembo, sport tuned suspension, specially designed for Shelby Michelin Sport Cup2 to keep the coupe under control. Transmission with dual clutch consists of seven steps. 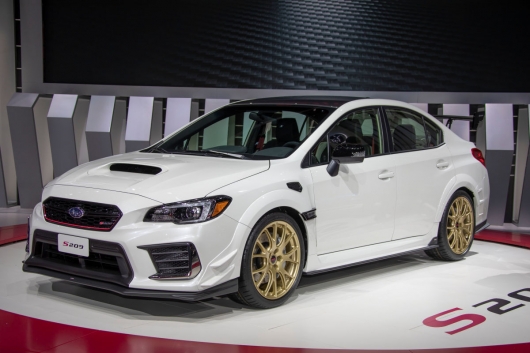 Subaru introduced at the Detroit special limited edition, available in two classic colors Subaru (white and blue). These models are the most powerful ever built WRX STi: due to the larger turbocharger, the 2.5-liter four-cylinder boxer motor provides the power to 346 HP.

Will be offered only 200 copies for sale in the United States. 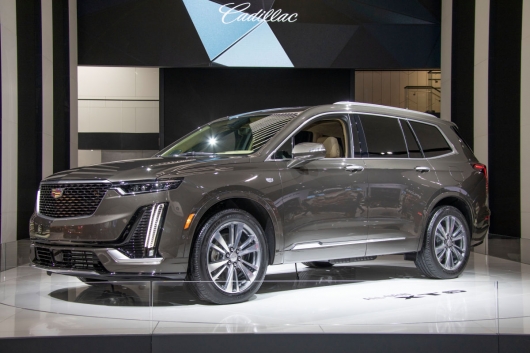 With the premiere of the crossover model XT6, Cadillac closes in his SUV, the gap between the XT5 and the luxurious Escalade. XT6 third row of seats, according to the manufacturer should give more space than its competitors Audi Q7 and Acura MDX. The SUV will initially get only one engine – a 3.6-liter V6 that develops 314 HP and 373 Nm of torque. Brand semi-Autonomous driving “Super Cruise” is still not available for the model XT6. 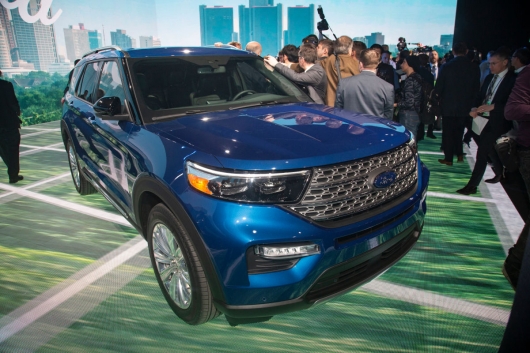 Premiere of the new generation Ford Explorer was also held at the Detroit auto show 2019. The new model shared a platform with the luxury SUV Lincoln Aviator. Standard in the base model is a rear-wheel drive version, all-wheel drive available only as options. Also new for this model is the hybrid version.

The SUV uses a 3.3-liter V6 as the base motor. System performance is 322 HP Another the base engine is a 2.3-liter turbocharged engine. Above is a 3.0-liter V6 with 370 HP, the Top model ST, with the same V6 delivers 405 HP Transmission – always ten step automatic transmission. 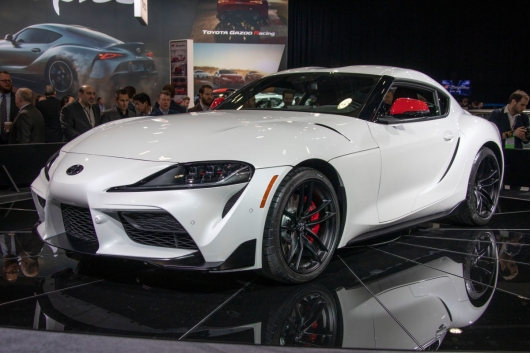 Toyota at NAIAS demonstrates the production version of the new Supra. A new generation of athlete was co-developed with BMW and shared many components with the new Z4 Roadster. Therefore, the new generation of the Japanese model is smaller than the previous. The collaboration with BMW you can also see clear lines in profile. 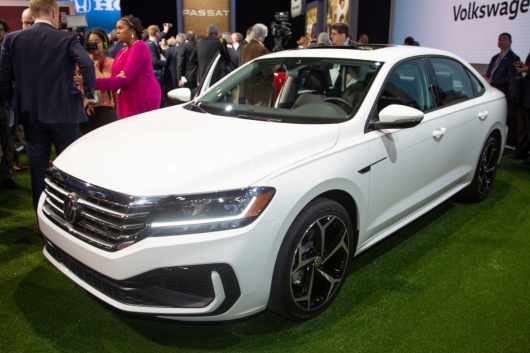 Volkswagen has revealed an updated model of the Passat. Fans, of course I would like to see the product more expression and more changes, but as the saying goes: the rich, and so happy.

The American version of the VW Passat 2011 gets for the model 2020 the second update, and it is certainly not a good life, from Volkswagen in the U.S. market are quite serious problems with sales. Details about Passat read here:

Volkswagen has officially unveiled the Passat 2020 model year: updates are, but they are a little 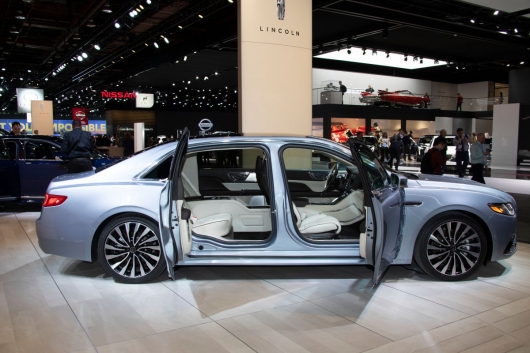 Lincoln on the 80th anniversary of Continental brought to the motor show a special edition of the luxury of a limousine with the doors open “against the grain”, as Rolls-Royce. Limited 80 copies, the sedan also received a longer wheelbase.

Upholstery is made of leather the finest leather, with adjustable 30 directions seats. Under the hood is a three-liter V6 power of 406 HP Model will cost not cheaper than 100 thousand dollars. 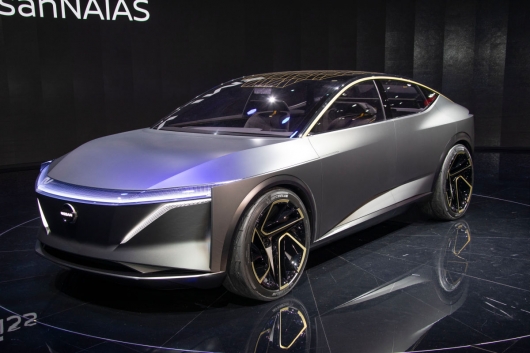 Nissan shows its a study IM. The concept is to create your own class. Nissan has created a car that classification can be put somewhere between the limo and a crossover. In the lower part of the model are the motors, 360 kW (489 HP), and the range of car on a single charge is around 610 miles. The vehicle if necessary, will be managed in a fully automatic mode. 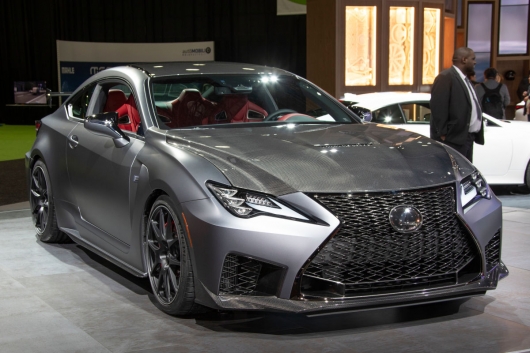 Lexus displays in Detroit the facelift of the series RC F. in Addition to improvements to the exterior, the model also received a slight performance improvement. Now its capacity is 477 HP, shoot with the famous five-liter V8.

In addition to the regular version also shows the Lexus RC F Track Edition (pictured). The name speaks for itself: this RC F is designed for the race track. Performance is unchanged, but it is necessary to note the presence of such body parts like a carbon fiber rear spoiler and splitter on the front bumper to improve aerodynamics and greater downforce. Track Edition coupe gets improved braking system from Brembo. 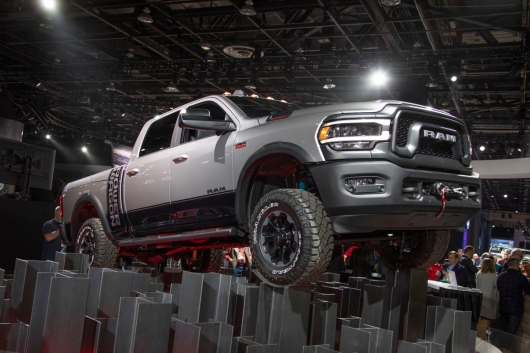 Is the new Ram Heavy Duty in Detroit. Pickup truck with tractor-torque – to 1.356 Nm. All this power is produced 6,7-cylinder diesel engine, into whose possession also is 405 HP basic, version of the diesel engine develops 375 HP and 1.152 Nm. In addition to diesel engines in Ram also offers a redesigned petrol V8 to 6.4 liters and a power of about 416 HP But, the torque from the latest version is much more modest – “only” 581 Nm to the wheels. 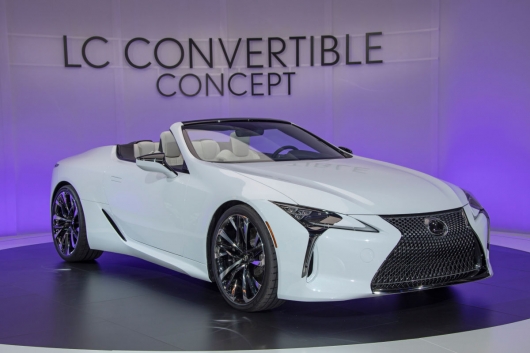 Lexus shows another new LC Cabriolet. Although open Dogdore looks ready for mass production, it is only a concept. 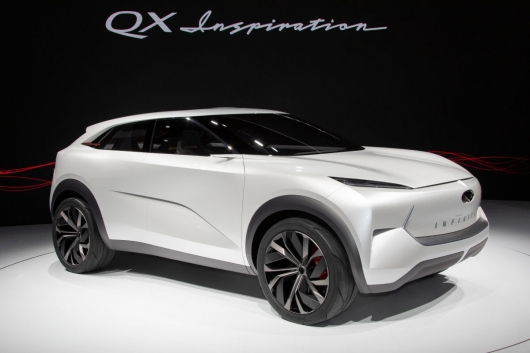 Another Japanese concept. Infiniti QX Inspiration shows in Detroit. The SUV should give an idea about upcoming electric vehicles the Japanese. On the technical side, Infiniti is planning to get a wiring diagram all-wheel drive e-AWD. 4,65-meter body built on a new platform, specially designed for the Infiniti electric vehicle. 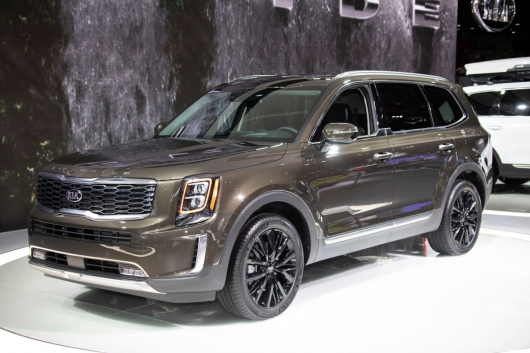 Kia Telluride is a large SUV that can accommodate up to seven people. Detroit was finally shown the production version, after SEMA 2018 was presented it off-road modification. It should be noted that the first study was seen Telluride in 2016. Motor Telluride can come from Hyundai Palisade, and for a second, a 3.8-liter V6 power of 295 HP at the beginning of 2019, the SUV will appear at dealers, but only in the United States. 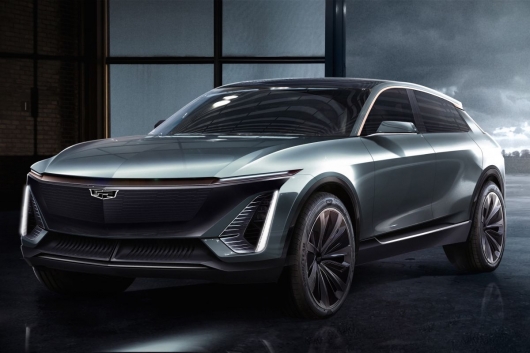 And finally, the last of the most important novelties of the Detroit motor show NAIAS 2019 – electric car Cadillac! His name has not yet been invented, and technical data are not named. However, there is a photograph and is evidence that the model was built on the “electric” powered GM.