The country with the most expensive petrol in the world

In which countries is the biggest cost of gasoline? 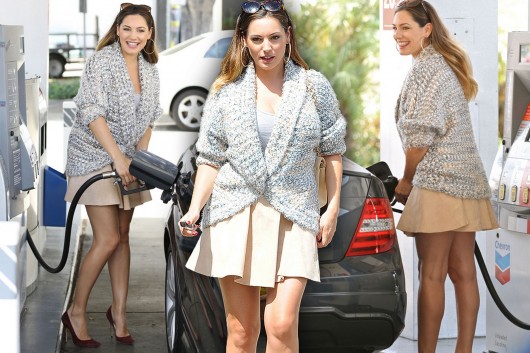 Traditionally, the interest in the cost of fuel in other countries is causing an increased interest. Especially in times when the cost of fuel in our country is growing. Many drivers think that petrol in Russia must be cheap. But, unfortunately, we live in the era of globalization, in which economic situation in one country can affect the economy of another state. If you bring in an analysis of fuel prices around the world, even with the price increase of gasoline in our country, there are many countries where the fuel cost is much higher than in Russia. Let’s find out the inhabitants of which countries were not lucky with the cost of gasoline.

As you know, the cost of gasoline in each country is different. It all depends on market value of crude oil, taxes, the level of oil production (or purchases), geopolitical and strategic realities governing relations between oil producers and around the world. Also, the cost of gasoline or diesel fuel is directly related to social and environmental policy of a state. For example, if the country’s leadership has set a target to reduce the level of dirty emissions, fuel cost will be too high. 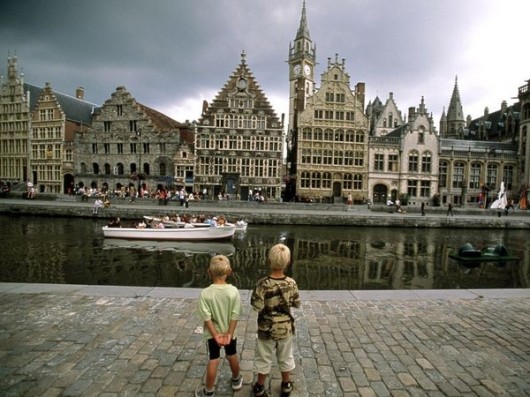 Belgium is an industrialized country in Western Europe. The average per capita consumption of gasoline is even higher than in the US. The Belgian government established the country’s high excise duty (tax) on gasoline production. For a long time the cost of gasoline at filling stations in Belgium is not stable. And, despite some decrease in 1 litre of fuel due to falling oil prices, still petrol in Belgium is expensive.

For example, the average cost of a liter of gasoline in Belgium is 94.5 per ruble. And given the fact that last year the cost of 1 litre of fuel fell by 20 percent. High oil prices, of course, affect the cost of food and consumer goods. 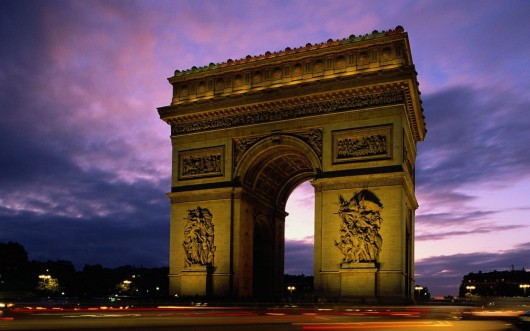 More recently, the cost of fuel in France was not big enough. But a few years ago the Government of France has imposed high taxes on consumer goods (VAT). This led to the fact that the value of all goods in France (including petrol) rose. As a result, many manufacturers of consumer goods were forced to transfer their production to other European countries, where taxes are considerably lower.

Unfortunately not many manufacturers of fuel in France has been able to translate its oil plants in the neighbouring countries. That is why the cost of 1 liter of gasoline in France is on average 97.5 rubles. However, production still declined due to the supply of gasoline from other countries. This has led to the reduction in fuel prices over the last year. 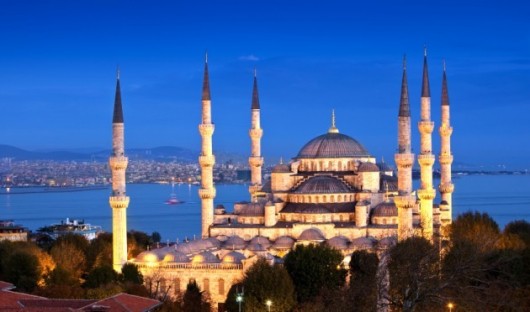 Despite its proximity to oil-producing countries in the middle East, the cost of fuel in Turkey is one of the highest in the world. This is due to oil imports, since the economy cannot exist without oil. For example, 97 percent of its energy provides Turkey by imports of “black gold” from neighbouring countries.

Turkey is implementing several plans to reduce costs of importing oil into the country, as well as looking for cheaper suppliers of oil. Economic reforms that took place in 2000-ies, has started to bear fruit. Turkey’s economy stabilized and the country’s GDP began to grow. But despite this, the cost of gasoline in the country is very, very high. For example, recently the price of 1 liter of gasoline in Turkey is 104 rubles. 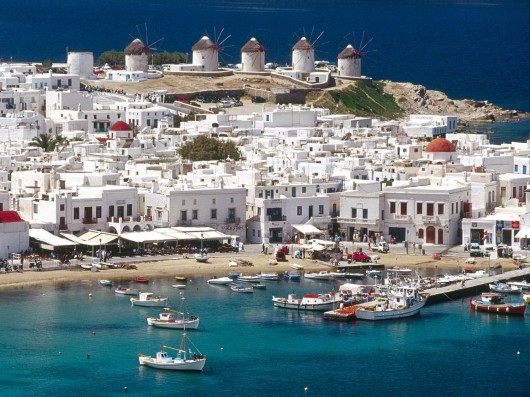 Greece has long been in a protracted economic crisis. Despite austerity measures, to redress the financial situation of the country does not work for many years. Together with the population crisis in the country suffering the whole commercial sector, without exception. But most of all in Greece affected refineries.

It is due to lack of working capital and the current high payments on loans that were taken in the carefree times. As a result, the cost of gasoline in the country much more than in many neighbouring countries. The average cost of 1 liter of gasoline in Greece is 106 rubles. 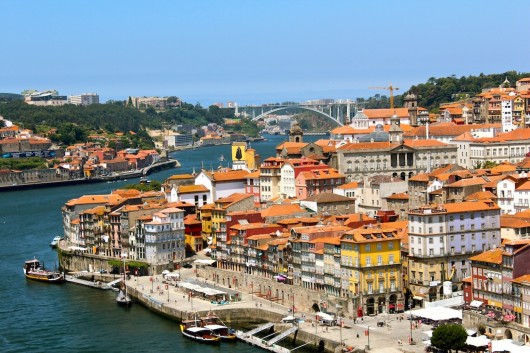 Portugal charges an eye-popping amount of tax per liter of gasoline. For example, 64 percent of the cost of fuel at the pump is tax. As a result, many people in Portugal had to travel to refuel in neighboring Spain to buy cheaper fuel.

The Portuguese government did this on purpose to reduce the level of dirty emissions to protect the environment. Including in the calculation of taxation of vehicles, also takes into account the level of emissions from motor vehicles, and cylinder swept volume.

At the moment 1 liter of petrol in Portugal is on average 109,5 rubles.

High gasoline prices in Sweden are primarily concerned with the Government’s desire to be free from the use of fossil fuels. According to the plans of the country by 2020 Sweden should become the first country in the world free from oil. Recent years, the Swedish Government is actively moving to alternative energy sources. Currently, 60 percent of the energy needs of the country provide alternative sources of energy.

Because of these policies, in Sweden the high taxes levied on emissions of carbon, which is formed during the combustion of the fuel. However, for some industrial enterprises while there is little benefits. It should be noted that for the production of energy from renewable sources in the country, taxes not collected. It stimulates the entire country to switch to alternative energy sources. Due to the rigid policies the cost of 1 liter of gasoline in Sweden is an average of 109 rubles a liter. 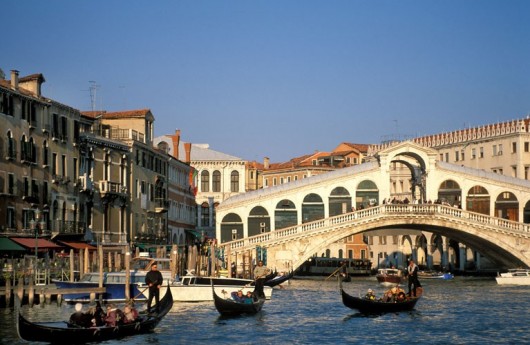 Italy is the country third largest economies of the European Union. Also in this country a very high level of corruption. Also in the widespread practice of tax evasion. By some estimates the shadow economy of Italy is on average 17 percent of GDP.

In addition, the country is not a small unemployment rate. The government has taken a number of measures of austerity to revive the economy of Italy. For example, in recent years is increasing taxes. Especially the excise taxes on fuel. Because of this rigid policy of the state of 1 liter of gasoline in Italy is on average 110 roubles. 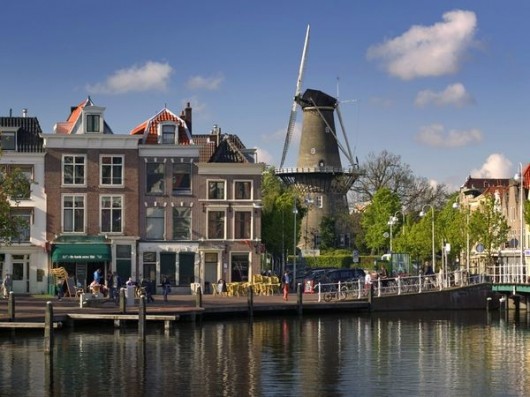 In 2008, the global financial crisis has affected even the most stable countries in Europe. And, despite significant improvement in global situation in the economy and a stable financial situation in the EU, the Dutch economy had still not recovered from the effects of the crisis. Recall that the Dutch economy grew before the crisis 26 years (1982 to 2008). After the crisis, the economy quickly emerged from the crisis. But there is one thing.

From-for falling of quotations of oil on world markets over the past few years, revenue in the Netherlands decreased considerably. The fact is that for that state oil refining is one of the main industries. In the end, the Dutch Government is taking measures to stimulate the economy, gradually raises taxes on the production of fuel, thus replenishing the budget.

Currently the cost of 1 liter of petrol is quite high – the average cost is 117 rubles. 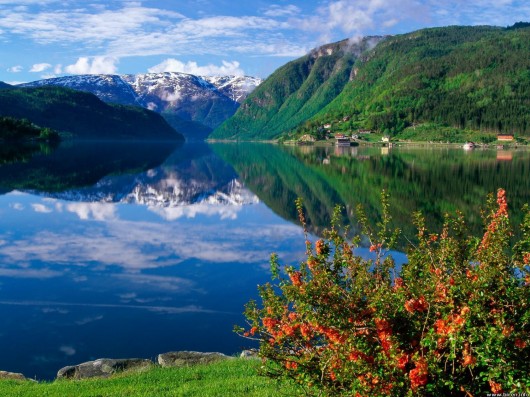 Norway is one of the largest oil exporters in the world, ranking seventh in the world among all the countries exporting oil. Industry in the country provides a fifth of all budget revenues. Primarily generates revenue from crude oil. But because of the fall in oil prices on world markets, of course, as in Russia, has significantly decreased the budget revenues. As a result, the Norwegian Government forced, lowered the costs across the country.

Also increasing taxes on fuel production, to provide the necessary occupancy of the Treasury. However it should be noted that unlike our country, Norway has a huge reserve of funds. Currently, Norway has a welfare Fund of the country about half a trillion dollars. It is the second largest reserve Fund in the world. This money is used to cover state expenses. But, despite this reduction in spending in the country continues. As well as the growth taxes. It is because of excise taxes the price of 1 liter of gasoline in Norway is 119 rubles. 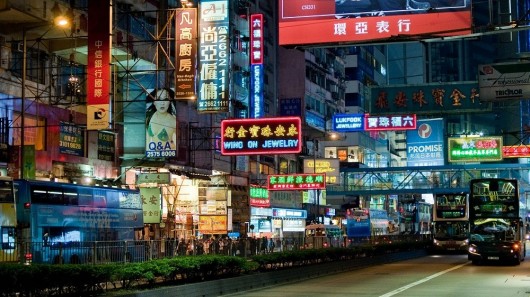 Hong Kong is one of the most densely populated cities in the world. It is a special administrative region of China. Because of overpopulation the Chinese authorities strictly regulate the use of space in the city. That is why many houses reconstructed and expanded vertically, to minimize the use of scarce land.

The same goes for vehicles in Hong Kong. So in the densely populated city to control the number of vehicles and prevent traffic jams, the Government of China will charge for 1 litre of gasoline tax 53,82 rubles (about 77 cents).

In the end, 1 liter of gasoline at the gas station Hong Kong is an average of 125 rubles.

*Data on the cost of gasoline: globalpetrolprices.com