The carjacking. How to operate jammers GPS/GSM?

That’s why car thieves use jammers cellular and satellite communications. 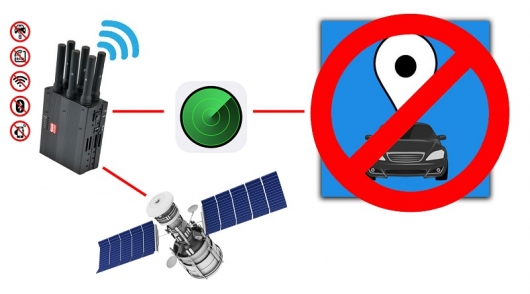 Modern hijackers are armed not only with a “suitcase” (rod) that allows them to remotely open the vehicle with Keyless entry system in the car. The standard Arsenal of instruments of criminals is also equipment that can jam the GSM signal and the signal of satellite communications GPS/GLONASS. With the help of these jamming thieves prevent tracking of a stolen vehicle.

Stick on the steering wheel, locks for pedals, multilok on the gear box, alarm … overcoming all these protections, thieves usually do not have problems. By the nature of their criminal activity, many hijackers are well trained and have many tools and equipment which helps them to open the car, like nuts. Generally, for each car model professional car thieves have a tool set and special equipment to open the machine to bypass the alarm. Often criminals put your eyes on vehicles equipped with the Keyless entry system by which a motorist opens a car door without a key and starts the engine with the start/stop button.

Usually you can use special radio equipment – the so-called system of repeaters pick up the signal of the original key and transmits it to the receiving device located near the door of the machine. This equipment received the nickname “rod”, or “suitcase”. This is how car thieves steal cars using this “fishing rod”.

Here’s another video of the theft of an expensive car for 60 seconds, using the “fishing rod”:

But to steal is one thing, and quite another not to allow themselves to find, and not to allow the police to find the stolen car. This is especially true of vehicles that are equipped with a security system with tracking (tracker-alarm), which usually transmit the vehicle’s location via cellular or satellite.

The hijackers know that in many vehicles today can stand satellite, cellular, or combination alarm. Therefore, they acquire the equipment (jammer, jammers), can suppress satellite (GPS) and cellular radio (GSM). 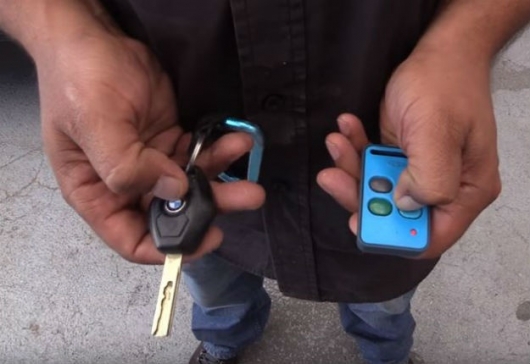 These suppressors of cellular and satellite communications is completely legal the hardware that was developed with the aim of decoupling in those places where it is not wanted. For example, this equipment can be used at business meetings or government meetings to prevent eavesdropping of the room. Including jammers include theaters, cinemas, offices in many countries around the world.

For example, turning off cellular when using the suppressor in the theatre protects the performance from loud ringer cell phone of a viewer who forgot to turn it off. Often, by the way, leads to the fact that actors make and even forget words.

Much more technologically advanced mufflers are used in the army and security services. For example, the witnesses repeatedly stated that the way the government convoy suddenly disappeared cellular and satellite communications. Apparently, witnesses have experienced how to operate high-tech suppressors satellite and cellular communications intelligence, guarding the higher officials of the state.

How does the silencer of cellular and satellite signal? 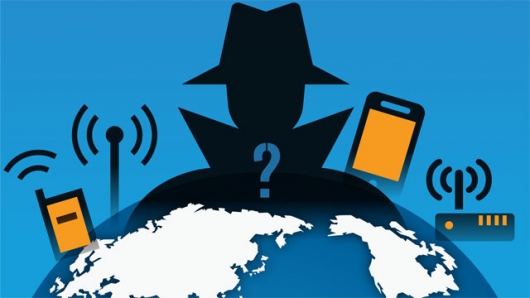 “Let’s imagine that two people talking in the room. At the same time say they are normal, calm voice. Suppose these people are devices GPS/GSM / linked by radio with the tower of mobile communication. At some moment enters the room with a third person and begins to talk as loud as we do, but about something else. To have a good understanding of our interlocutor, we in this case have to raise your voice to interrupt the voice just entered into the room of the person. If an unwanted guest behind you you raise your voice again, you will find it extremely difficult to communicate further. This is the principle that operates the muffler, which “sticks” on the radio of their own, which makes mobile and satellite communication difficult or even impossible, – explains Oleg Yashin, it Manager for the sale of suppressors of cellular communication company “Spectrum”.

Car thieves have come to the conclusion that such devices as mufflers, will help them to resolve the problem with which they have long faced, when the car began to establish additional satellite or cellular security system. Modules that are installed in such systems, allow you to track the stolen car and return the property to the owners, including the capture of the criminals carrying out the legalization of a stolen vehicle or disassembly machine for sale for parts.

The vast majority of systems tracking vehicles to determine the vehicle position on the ground, available on the market, use GPS/GSM signal. The information is sent to the recipient via mobile phone through the SIM card, which is hidden in the electronic module in the car. Mufflers also make tracking impossible.

How effective suppressors of cellular and satellite communications? 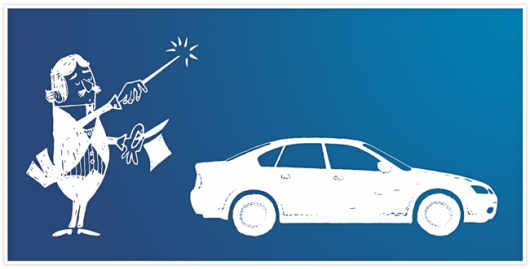 Have interference there is a specific signal strength. Back to our example with the two people in the room to which came the third man, making the communication between two people is hard.

“Returning to the comparison – third, unwanted person in the room can speak just as loud as the people who are already talking, but also much louder. Then the communication between people becomes difficult. However, when someone enters the room with a big megaphone mouthpiece, conversation becomes impossible,” – says Oleg Yashin.

Another parameter characterizing the jammers, is the frequency range (bandwidth) in which they work. GSM, LTE and 3G are the most common ranges adopted for this technology. Accordingly, advanced cellular suppressor can muffle a few radiopolis. Cheaper jammers – when they suppress only 3-4 frequency. More complex expensive suppressors can suppress 16 pages.

“The effectiveness of this type of equipment depends not only on capacity and bandwidth that they cover, but also the degree of difficulty and workmanship. The majority of mufflers used in Russia car thieves, manufactured in China were of poor quality and do not have complicated parameters. In many cases, they are not doing their role at 100%”, – says the expert of the company “Spectrum”. 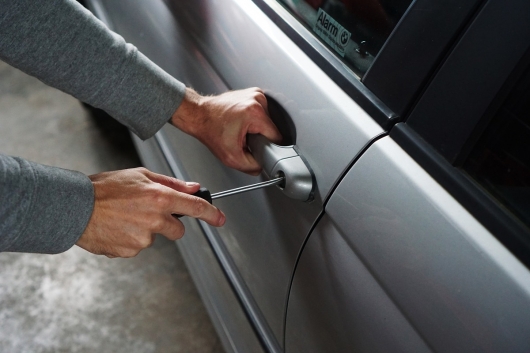 The legality of killing machines – a slippery subject. Allowed to sell, buy and own, but you can’t use them in many cases. This situation is similar to the radar detectors that are sold in retail chains in our country, but using them is against the law. The same applies to equipment designed to conceal from the cameras of the license plates on the car – is on sale, but their use is punishable by law. In fact, in Russia there is no law prohibiting the use of suppressor cell or satellite signal. However, under the current communications act and several other acts, jammers must register in the State Commission for radio frequencies and to permit its use in the Federal service for supervision in the sphere of Telecom, information technologies and mass communications. Application it can be submitted through the portal. But it’s all theory. In reality, to obtain such official authorization for the use of such equipment is tantamount to win the Russian lottery.

If you do not register the device on the suppression of cellular and satellite communications in accordance with the requirements of the legislation, the individual can be brought to administrative responsibility under article 13.4 of the administrative offences code of the Russian Federation, for which he will be fined in the amount of 300-500 rubles.

For individual entrepreneurs and legal. persons the penalty can be 5000-10000 rubles. In any case, an unregistered radio device will be confiscated.

Is it possible to detect jammers work? 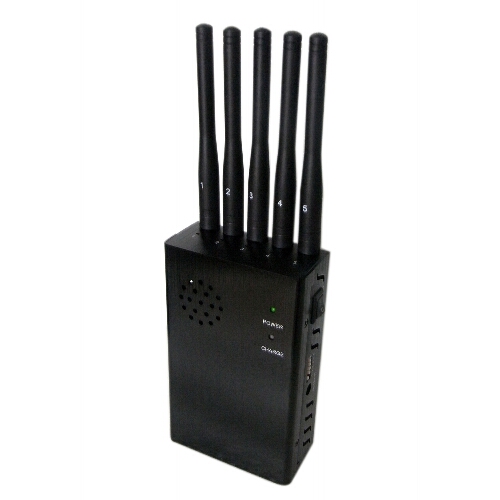 To detect the action of the suppressor GPS/GLONASS/GSM signal is not so simple. A jammer emits a broadband signal. To record and analyze the need to use special expensive measuring equipment – spectrum analysers, the cost of which starts from a few tens of thousands of dollars.

Does the silencer on all radio systems? GPS signal jammer/GSM, as its name implies, works on modules based on specific radio frequencies. Naturally, all radio frequencies of such muffler to suppress can not. Let’s again use the analogy of people talking in the room. So, on to a third party, that will determine whether she drowned two interlocutors or will simply preventing complement in the room. For example, it will depend on what volume will speak to entered into the room the third man (low voice or high voice). Two men, speaking a quiet, low voice, easy to communicate with each other as long as you’re not a woman, talking loudly in a high voice. In the end, men will not be able to communicate. 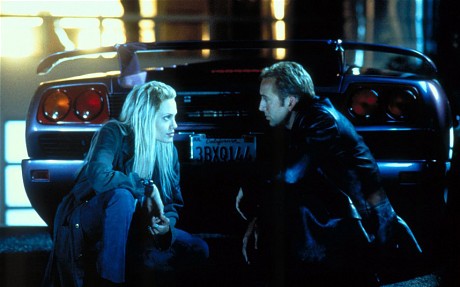 “Mufflers completely not stand the test when it comes to modules location, which base their action not only on the waves GSM. A similar device almost impossible to block. However, such technology is only available to the military, whose technology available to civilians,” – says the radio Amateur and engineer car alarms George Cashnow. He also adds that the hijackers, as a rule, are convinced that the use of the equipment, guaranteed to 100% makes them invisible. But in practice often there are cases when, despite the use of expensive jamming of cellular and satellite communications, various companies providing services for monitoring the position of the machine, together with the police found the car with the criminals.