In the Internet appeared photos of unusual car
Ford, which is collected from truck and SUV. 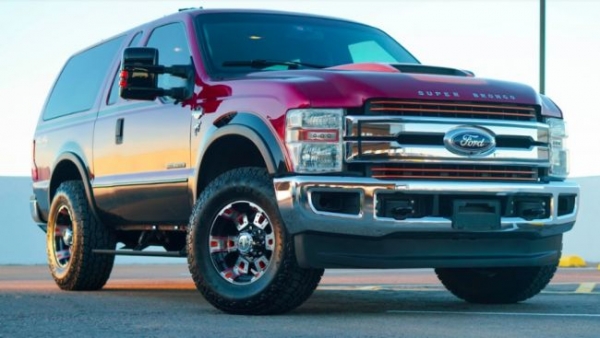 The owner is so non-standard machines is David
Stockman, living in North Texas. According to the owner, he collected
unique model Ford Super Bronco using parts from
F-250 Super Duty, released in 2005, Ford Excursion,
which is produced in 2001.

First, David was planning to just shorten and Ford Excursion
to supply him with a powerful 6.0-liter diesel engine, but decided
to “complicate” the process and go much further. At the end of the modifications and
many months of work, the American was able to combine two machines into one.
The resulting Super Ford Bronco has front and
the frame from the pickup, and the back of the SUV. Now, the machine is equipped with a 6.0-liter diesel engine,
power equal to 400 horsepower. Transmission
equipped with automatic transmission. Machine
has the AWD system. 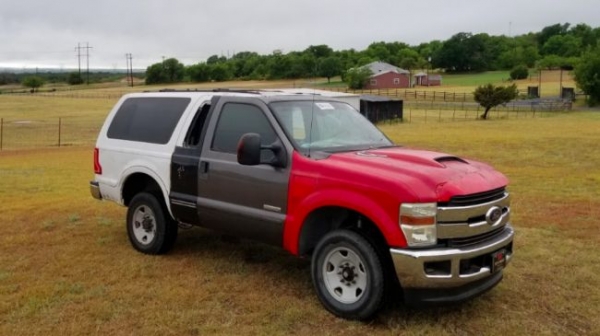 How much evaluates the car owner, not
reported. It is also unknown why the American decided
to create such an unusual car. 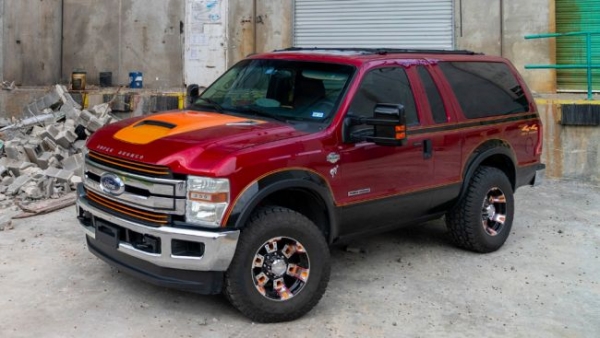