The 6 most common mistakes made by drivers on motorways 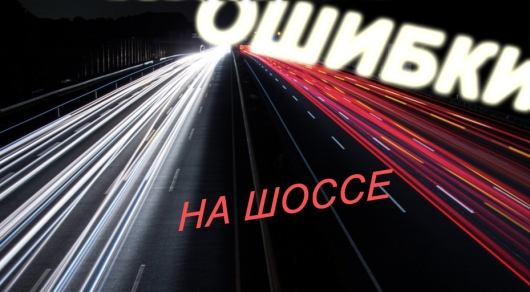 It would not have blamed our Government for the roads, I must admit that in reality the roads in our country become better. Even in many remote villages in recent years roads have become much better. Also together with the repair of roads in Russia is gradually increasing and the number of new highways and freeways. Including high-speed toll “highways”. Of course this is a huge plus, as it has long been known that roads are the arteries in the economy, which give impetus to regional development. Unfortunately, with the increasing number of high-speed roads, increasing the number of accidents that occur from failure to follow simple rules to be followed by all drivers when driving on motorways. The reason is simple – many drivers in Russia forget basic safety rules on the highway.

Yes, our country is managed in recent years to reverse the situation with road accidents, due to the complex measures of the Government of the Russian Federation and the interior Ministry. So, for a few years managed to significantly reduce the number of accidents which are caused by drunk drivers. This became possible after the toughening responsibility for driving while intoxicated. We will remind that now the driver, dead behind the wheel while intoxicated could face not only administrative punishment. For example, if the driver is stopped again for driving drunk, according to the current legislation concerning it criminal case will be brought.

Also accidents on the roads of the country managed to curb with expansion of the network host automatic photo and video fixation, which are fixed on the roads speeding, driving on the road, crossing solid lines, running a red traffic signal and other the most dangerous traffic violations that often lead to accidents. 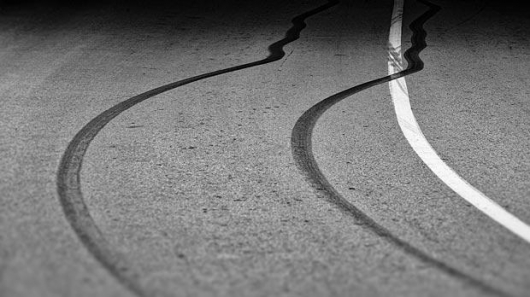 But unfortunately the number of accidents on highways and motorways decreased not significantly. Of course this does not mean that our Government should start thinking about the next tightening of liability for violation of traffic rules. The reason is not that the drivers don’t want to become law-abiding. In fact, the high level of accidents on the highway due to increased traffic and an increase in the number of high-speed roads.

But did you know that many accidents that occur on the highway could have been prevented if the drivers did not forget the basic rules of safety on the highways. But alas, the Russian driver somehow leaving the highway forget that motorway, carry the same danger (if not more) and urban roads with lots of cars. So many drivers make mistakes when driving on the highway, falling into a very stupid accident. Here are the 6 most serious mistakes of drivers on the highway: 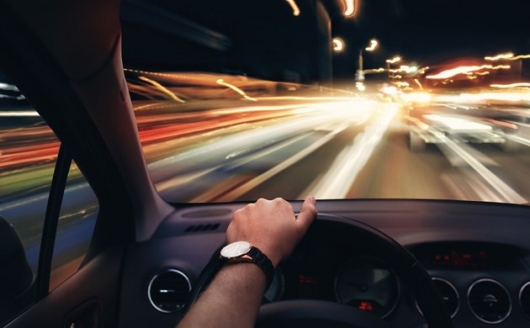 Despite the fact that our country has rather strict speed limits (for example, in comparison with Europe, where there are roads without speed limits movement of vehicles) on all roads, most drivers often violate the established speed. According to the statistics of traffic accidents, speeding is one of the most common causes of accidents on Russian roads. That’s why in many regions of Russia, local authorities began to gradually reduce the maximum allowed speed. For example, recently on roads of Moscow region it was decided to reduce maximum speed limit from 60 km/h to 50 km/h.

Gradually this experiment and catch up with other regions. Not far off, when Moscow authorities will take the decision to reduce the maximum permitted speed. Thus, the state tries to reduce accidents due to speeding. Well, that drivers will not be tempted to violate traffic rules on Russian roads continue like mushrooms after the rain appeared the camera photo and video fixation, which automatically monitor the speeding.

So if you don’t want to get into an accident on a highway or motorway, never exceed the set maximum speed. Remember that speed is the main enemy of all road users. 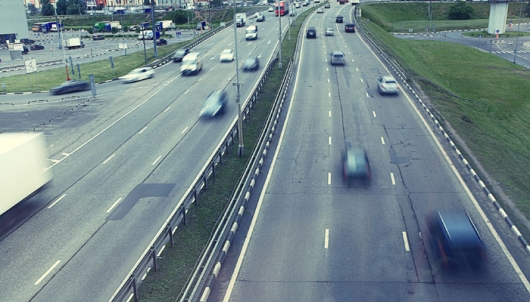 According to the representative of traffic police, failure to observe distance between vehicles, is another common cause of accidents on high speed roads.

Recall that according to 9.10, traffic regulations the driver should observe such distance to moving ahead of the car, which allows you to avoid a collision. That is, you have to keep a certain distance from the vehicle ahead, in the event of an emergency in time to stop the car. Unfortunately, the SDA does not disclose details of the course. The fact that the distance to other cars depends on many factors, ranging from the speed, quality of road surface, condition of the tread rubber, the time of year, ambient temperature, pressure, etc.

For example, according to the study, when driving at a speed of 110 km/hour the distance from the vehicle ahead should be at least 70-100 meters. The subject motion on a level road with dry asphalt.

Unfortunately, many drivers often forget about a safe distance, with the result that there are accidents on the highway. And usually in many accidents involving three, four and even five cars, going to “train.” This is due to the fact that many motorists forget that on the highway, the distance must be greater than when driving in the city.

Unfortunately, many drivers are practicing aggressive style of driving (which is forbidden SDA), riding too close to ahead going car (riding bumper to bumper). This is especially practiced by the drivers who like to “play checkers” on the roads. But do not forget that these actions can cause an accident. Do not forget that this is a clear signs of “aggressive driving”. More on that below.

3. Improper lane change on the highway 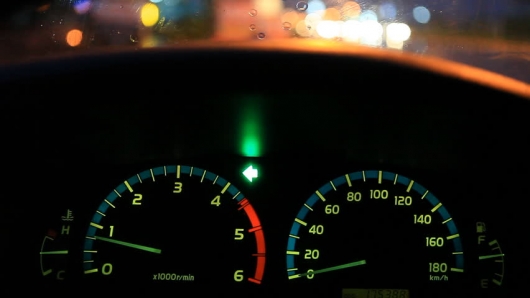 According to traffic police statistics, a lot of accidents on motorways happen because of improper rebuild. Many drivers forgetting the main rules of the road is unsafe to change lanes. In the end, not convinced of the safety maneuver the drivers are rebuilt on the highway to other bands creating emergency situations, which often lead to serious accidents.

Remember that on the highway or motorway you are moving with a considerable speed, so you need when you rebuild to take into account the speed of other vehicles, which will also be more than the traffic in the city. Therefore, when changing lanes into the other lane several times be sure to make sure you will not create another vehicle obstacles. Because, you know, because of the high speed, someone just may not have time to slow down. Then crash is inevitable.

Also do not forget in advance to enable the turn signals to other road users in advance could reduce the speed if necessary. Including do not advise you to “play checkers”, rearranging the space in the lanes. Remember that this style of driving creates danger on the road for other road users. Also, do not forget that such behavior can be regarded as “aggressive driving”.

4. Traffic in the left lane 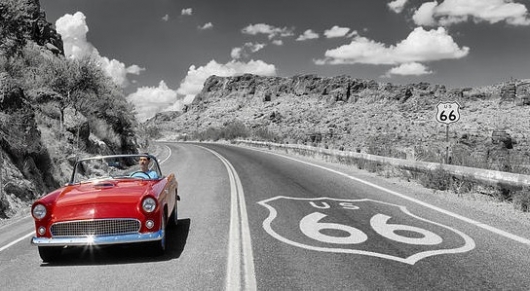 Have you noticed the left free strip outside settlements on a highway, as well as in the settlements, signposted 5.1 or 5.3? To be honest we no longer see free the left lanes even on half-empty high-speed toll motorways. Although this is expressly prohibited by applicable law.

Here is an excerpt from the current SDA:

9.4. Outside the settlements, and in settlements on the roads, marked with 5.1 or 5.3 or where the permitted maximum speed over 80 km/h, the drivers of vehicles should conduct them whenever possible more close to a right edge of the roadway. It is prohibited to occupy left lanes at the free right.

In settlements taking into account requirements of the present point and points 9.5, 16.1 and 24.2 of the Russian Federation traffic rules drivers of vehicles can use the most convenient lane. At heavy traffic when all lanes are occupied to change the runway is only permitted to rotate to the left or right turn, stop or detour obstacles.

However, on any roads having to move in this direction three lanes or more, to take the extreme left lane is permitted only in heavy traffic when you are doing the other strips, and also for left turn or u-turn, and trucks with a permissible maximum mass exceeding 2.5 tonnes — only left-turn or u-turn. Exit to the left lane of roads with one-way traffic for stopping and Parking shall be in accordance with paragraph 12.1 of the SDA.

Also according to part 1 of article 12.15 of the administrative code for traffic in the left lane at the free right provides for administrative liability in the form of a fine in the amount of 1 500 rubles.

That is, according to the legislation in force, traffic in the left lane are permitted to pass or transport, or when employed the right lanes. Unfortunately 85% of drivers according to traffic police forget about this important rule. 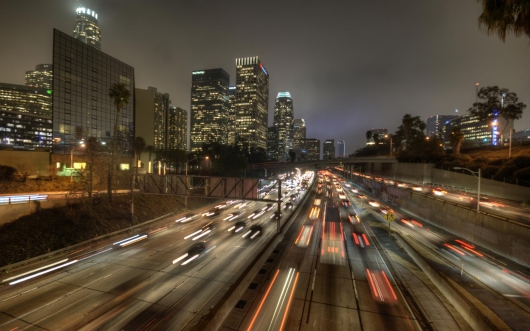 So, when overtaking cars on the left lane always return to the right lane as soon as possible. Otherwise you risk getting a fine. Although it is recognized that for such violations, the traffic police fined very rarely. After all, to attract the driver for the traffic in the left lane, you need a panoramic photo – video, proving that the traffic in the left lane, was carried out at the free right. Of course if the penalty for this violation would be 5000 RUB. or more, the traffic police have long been out hunting. But today it is more profitable to catch drunken driving. But this does not mean that you have to violate traffic rules. Remember that only strict observance of the law on the road can ensure the safety of driving.

5. Reversing on a motorway 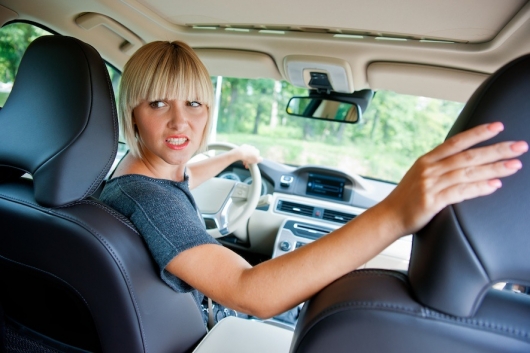 Probably each of us has a driving school knows in some cases, prohibited driving in reverse. But for some strange reason a lot of drivers in Russia, forget about it. Every day in Russia there are accidents on the road caused by the driver that moved the car in reverse. The fact is that the movement in reverse in certain situations poses a great danger to all road users. Let us remember in what cases it is forbidden to move the machine in reverse.

Here is a list of traffic restrictions, which prohibit reversing:

Also do not forget that according to part 3 of article 12.11 of the administrative code for traffic on the motorway in reverse the driver faces a fine in the amount of 2 500 rubles.

Remember that reversing on the highway is very dangerous. Often, such a violation can lead to serious accidents. So if you missed the exit / turn when driving on the highway, in any case, in an attempt to save time, do not stop the car to start reversing. Better lose extra time and find a safe reversal.

6. Improper entrance to a highway 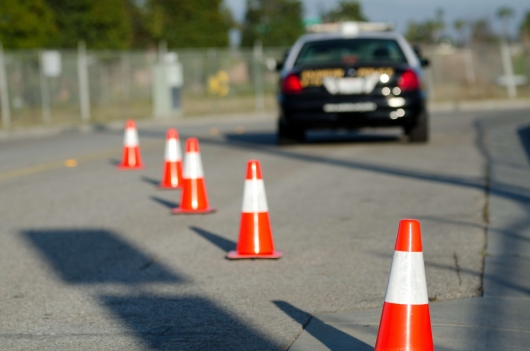 The most common mistake drivers is the entrance to the motorway and highway. Many people forget that for safe entry into such tracks are provided ramps which allows to smoothly and safely be integrated into high-speed traffic. Unfortunately, many drivers often can’t wait to regroup in main stream cars. In the end, they, without waiting for the end of the ramp, dramatically reconstructed in the outer lanes of the highway, creating a dangerous disturbance to those who are moving on the right lane of the main road. This often leads to dangerous traffic situations.