The first information about the new body Toyota Camry (2018). 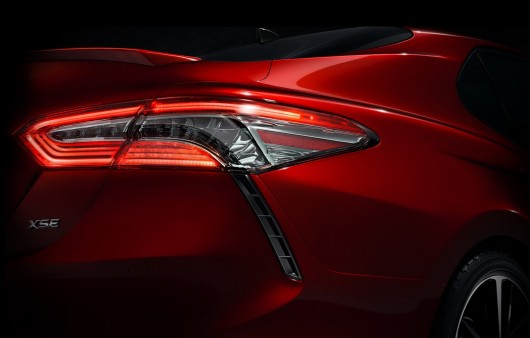 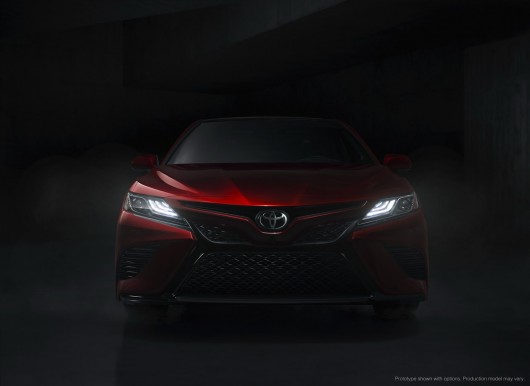 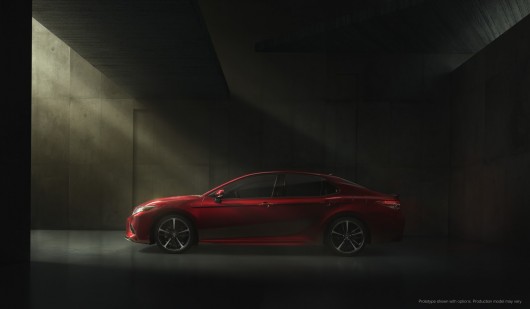 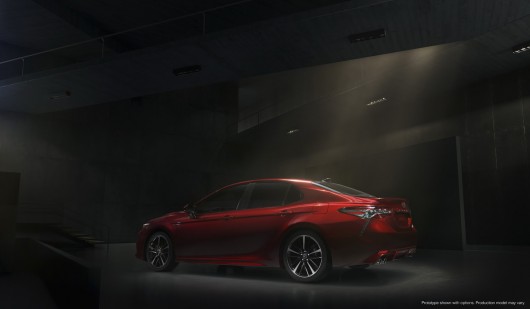 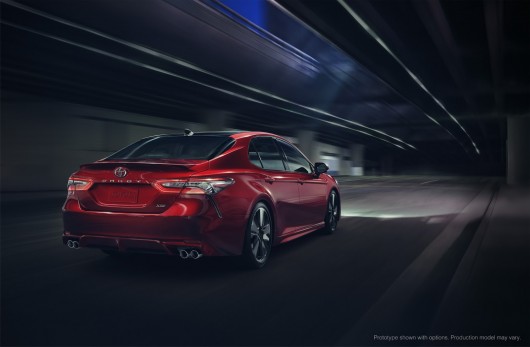 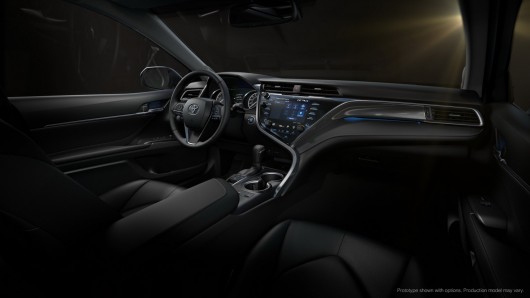 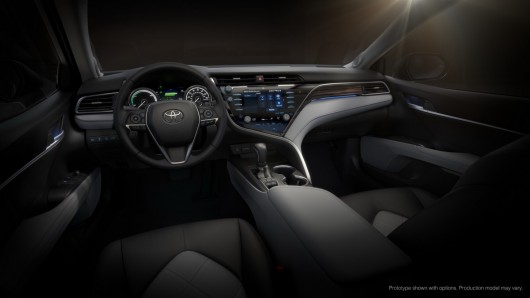 Update information: 02.12.2016: the Official premiere of the new Toyota Camry will be held at the motor show in Detroit, 2017 – January. The official promotional teaser.

When the experts of the market start to figure out how popular the car was outdated, then immediately comes to mind is the Toyota Camry. This is what once the best selling model of the Japanese brand at the moment is going through hard times. But despite this Camry is still the ratio of quality/price/comfort remains a leader in the automotive market worldwide.

However this model has never been famous for any emotions, which may, for example, to give the German cars (even if you just move in dense city traffic). But there is a chance that soon the world will see completely different and something completely new. Toyota is currently preparing the new generation Toyota Camry. 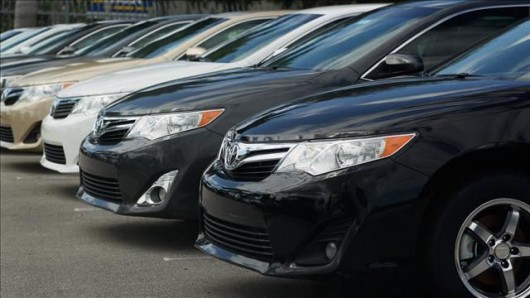 It is worth noting that the current generation Camry started its history with the success that were in previous versions. We remember harsh criticism of the design of today’s generation of cars, that were published by many experts. Fortunately, the designers and engineers a little corrected the situation with the appearance of the Camry, releasing the restyling of the car last year.

However, on the basis of this generation to do something drastic did not happen. In appearance restaylingovuyu car still has flaws. That’s why Toyota decided to update the popular model, hoping to revive the success of the sedan. 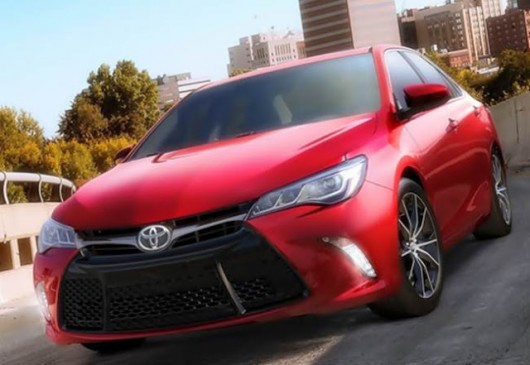 Unfortunately there’s not much official information about the new body Toyota Camry. But, nevertheless, we have something for you there. So it is already known that the new model will move to the new mobile platform, “the Toyota New Global Architecture” (TNGA). 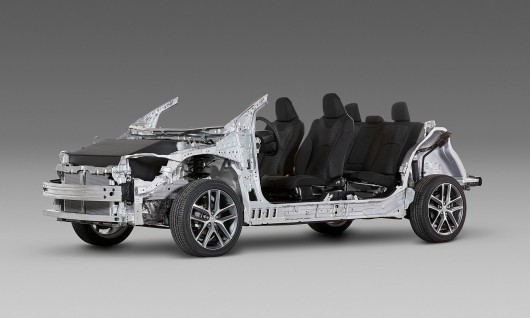 In the photo the new platform TNGA

Additionally, the 2018 Camry will get finally a turbocharged engine. But that’s not all. It is already known that the novelty will receive an aluminum hood that will reduce vehicle weight and therefore reduce fuel consumption, which also reduced due to the turbo motor (planned vehicle 4-cylinder engine with comparable power current power units).

According to our information, the Toyota engineers, when deciding on the new engines are likely to decide whether to equip the power unit with direct injection, and also to think about replacing the automatic transmission on the new generation of CVT (CTV). 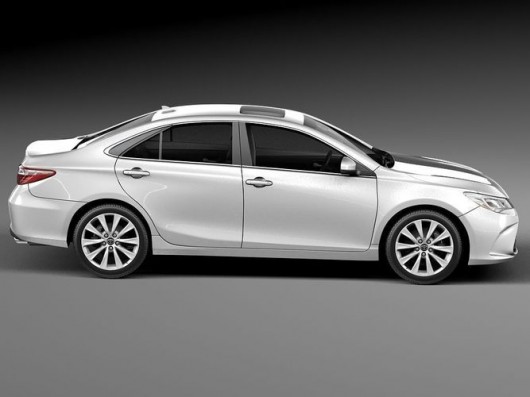 Let’s admit that, despite not being a very good appearance of the current model, the Camry restyling, conducted last year, still a little corrected a situation that gives hope that the designers of Toyota learn from their mistakes and will give us a really stunning beauty new sedan Camry in 2018.

In any case, we are waiting for a completely new redesign with a new platform that will enable designers to increase the size of the exterior and interior space. Certainly today’s exterior style sedan, any will continue in the new model, but nonetheless, we hope that Japanese car design Toyota will finally prove to the world that in the automotive world there are not only German cars.

While we understand that some supernatural revolutionary change in design and will not be, but nevertheless, we are confident that the new Camry in 2018 will be different in terms of spirit and time, absolutely dramatically, both technically and aesthetically.

For example, the TNGA platform involves the production of the car from lightweight materials, which will significantly reduce the weight of the machine (that is important and not how it was done in the new model, Honda accord 2016). 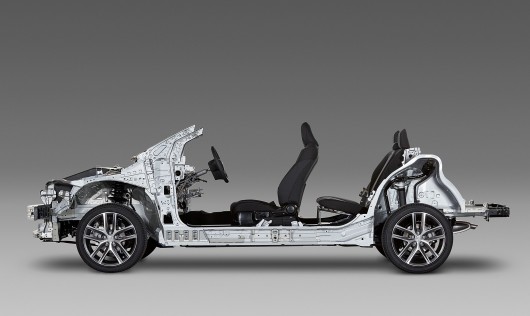 In the photo the new platform TNGA

Reducing body weight will significantly reduce fuel consumption and increase the dynamics of the machine (maybe even increase the power). Also that is not unimportant together with the efficiency and power increase, the car will be bigger, and may even increase the wheelbase. However, while the information about the increase in wheelbase is not officially confirmed.

Though I must admit that the increase in wheelbase has long begs for that model to regain market leadership. With the increase of the wheelbase and using a new platform will allow to produce a car more solid and comfortable.

The 2018 Toyota Camry – Engine and performance 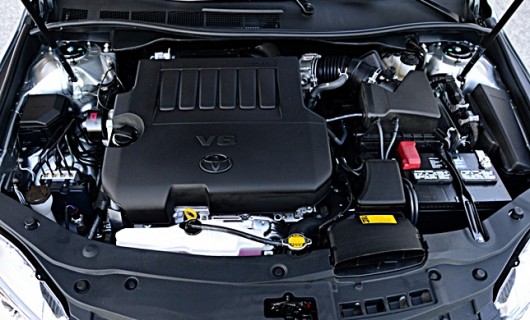 As we said above, the new Camry in 2018 will get a new turbocharged engine. However just want to note that at the moment it is very difficult to assert with confidence that Toyota is preparing a four-cylinder engine for the Camry. But the chances of this are greater than 90 percent. Most likely, the Japanese brand will abandon the existing V6 engine in favor of four-cylinder turbo motor. With regards to the other range of engines, there’s also the possibility that, for example 2.5-liter engine can be replaced by a turbocharged 2,0-litre or even 1.8 liters.

If Toyota decides to leave 2.5-liter engine (most likely will), then of course the engineers will think how to increase the power of vehicles that are equipped with this power unit. Most likely the 2.5-liter motor will operate with a continuously variable automatic gearbox (CVT – CTV).

According to our findings, Toyota expects the new model Camry will increase the average power by 30 percent. Given the fact that it planned to dramatically reduce the weight of the car, and also to equip the machine with a turbocharged engine and to replace the old gearbox, the chances that Toyota will achieve a significant increase of power and increase efficiency, are enormous. This is despite the increase in size of the body. 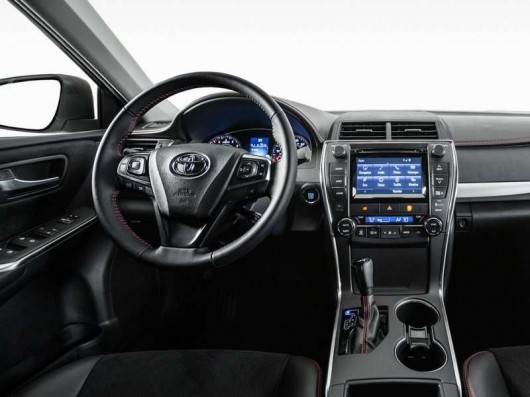 Yet currently there is no accurate information about the premiere and release date of the new Camry on the world market. In any case, it is expected that the novelty will come on the market in 2018. We just have to wait, as always, first photos in camouflage, and after that the official premiere at one of the shows where the Japanese brand will restart one of the most successful Toyota models in the world.

But even now even though we can’t see how it will look new Toyota, it’s safe to say that the model will look decent in today’s competitive market, and will become more attractive than the current generation sedan.

So wait for the official release date of and saving money on a new Camry (2018). Please note that on this page of our Internet edition, we will update information about new model Toyota, as its appearance in the information field.