How often do you check the oil level in the engine?

Why in many cars there is no sensor low engine oil level? 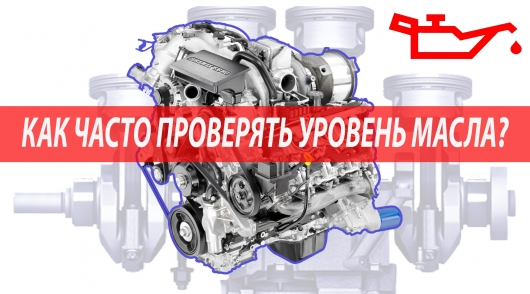 How often do you check the engine oil level in the engine? You generally do not or check the level once between oil changes? You hope that the car automatically will warn you about low oil level using the icon on the dashboard “oiler-watering”? In vain. If you are owner of a modern car, it is likely in the crankcase of the engine in your car there is no oil sensor. As a result, even if your engine will experience oil starvation, you can hardly learn that in the end is fraught with the motor wear and even its breakage.

But what about the vaunted oil pressure sender in the engine, which at normal oil pressure in the system is not lit on the dashboard? Unfortunately, it will not help you if your car is low oil level. The fact that this icon is “heads” the collection tubes light up only when the engine actually drops the oil pressure. For example, when it fails the oil pump.

But how? The idea is that in the engine when you drop the oil level to the critical need to illuminate the oil pressure sensor. The logic – Yes. But it’s not going right after Carter became almost dry. In the end, motorists can drive another few thousand miles on no oil starving the engine. Of course, in this case, it’s easy to screw up almost any motor. 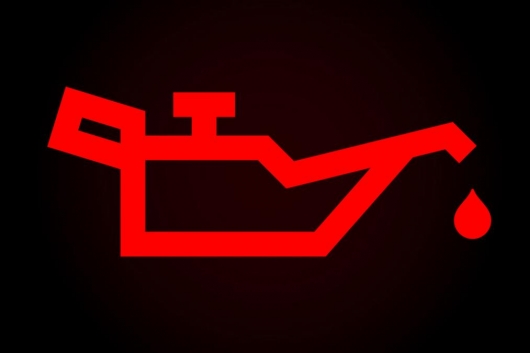 Unfortunately, automakers don’t like to equip their cars with additional sensors oil level. As a result, each year on kapitalku gets a considerable number of motorists around the world. Isn’t this a conspiracy theory? Especially when you consider that many of the engines in modern cars is generally not subject to capital repairs. You will not believe, but many car companies even stopped selling many of their models pistons of the repair sizes. This suggests that if you blew up the engine in a modern car, be mentally and financially prepared to buy a new or used vehicle contract motor. You understand what it can stand.

That is why it is important to check the oil level in the engine, periodically removing the dipstick. And the more the better. Especially if you have small leaks of engine oil or the engine in your car is considered mazloomi.

Why most cars do not have oil level gauges? 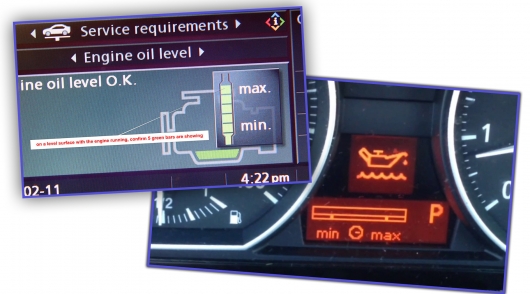 Unfortunately, today on the market there are few cars that are equipped with an oil level sensor in the engine. Usually all automakers equip most vehicles with oil pressure sender in the engine. But, alas, it does not always help to timely detect the lack of oil in the engine. Cases, when people broke down the motor before the collection tubes light up all the familiar nipple, very, very much. Especially this sin of the BMW cars.

So why, when in the 21st century, most car companies do not equip their products with sensors oil level in the engine? Is it hard to do?

In recent years, it seems that modern cars become more like computers on wheels than a vehicle, which drove our ancestors. You look at what is happening today. Every new car is becoming better and better due to the constant increase in the number of electronic chips. 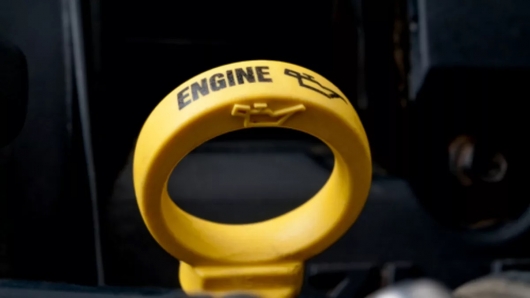 A number of sophisticated sensors already defies counting. That just does not measure modern automotive sensors, from tire pressure and ending fuel efficiency. There is a long time to supply any additional sensor in the sump that would tell car owners about the critical oil level?

But in fact some manufacturers have already equipped their cars with similar sensors, allowing the driver to check the oil level directly on the dashboard or on the display of the infotainment system.

However, as a rule, this option is available only in expensive cars. By the way, typically car is not familiar to all motorists the dipstick. In most cars today under the hood, you can still find the classic probe.

But why is this happening? Why is the oil level sensor has appeared so far only in expensive cars?

Recall that most cars equipped with a pressure gauge that is built into the on-Board diagnostic system of the car. If the oil level drops to such an extent that there is a risk of damage to the motor, then the dashboard illuminates the red “nipples”. However, this only happens when the oil pressure in the motor drops to a dangerous level. But, as we have said, on some cars this icon from the low oil level lights not quite in a timely manner, causing the car to drive with the risk of oil starvation a few thousand kilometers.

That’s why automakers to read the oil level using the sensor in the crankcase. However, to read information about the oil level by means of such a sensor is possible only at the switched off engine, when the oil completely from the engine and glass in the sump. 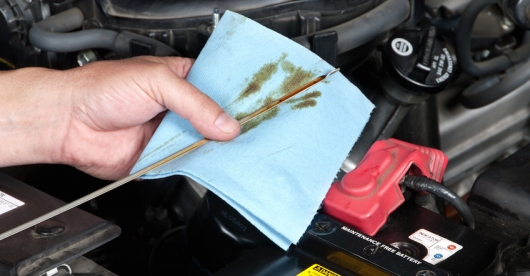 In conclusion, I would like to remind you how to check the oil level, if you are the owner of the car, which under the hood has a traditional dipstick.

So, if you are the owner of a modern luxury car, where the oil level is now checked on the screen of the infotainment system, oil level you should check using the dipstick located under the hood. Here’s what you should do:

Also we invite you to read the article, which will tell you what fluid levels should be checked regularly in the car.