That’s why soon it will be impossible to buy tires

Coming soon the rise in price of tires, but not all Everything is more expensive and more expensive, from small to large. Noticed? Then the chicken will soar, the price of gasoline going through the roof, the car is generally silent here growth does not seem to stop from the 2014. Recently, we conducted a comparison of how much was the car ten years ago and today. Check the results, you will be unpleasantly surprised:

How expensive cars are over 10 years: flashmob “#10YearChallenge”

In this article we discussed the order of the Government of the Russian Federation №792-R of April 28, 2018 “On approval of the list of goods subject to mandatory marking with control marks”, according to which some products become obligatory for marking of means of identification.

Among the wide list, in addition to tobacco products, footwear, photographic equipment and other items of clothing, quietly wormed paragraph “Tyres, pneumatic new”. This maneuver, according to the authorities, will be able to help in the fight against counterfeit goods. But the opinion of society and the expert community diametrically opposed – the state will not be able to effectively counter the avalanche of counterfeit goods in this way, but only cut off part of the so-called parallel imports, which the country get products without permission. But it is not the entire flow of prohibited goods.

“But it helps if the marking of goods to reduce the share of counterfeit goods in the country? Unfortunately, this measure does not stop the importation of counterfeit goods into the country. It is enough to visit several large wholesale markets in Moscow to understand that the labelling of fur products, introduced in Russia, has not led to the disappearance from the shelves of fake fur coats, hats, vests, etc.”

All this means that production costs under mandatory labeling of tires will be higher, and this drags the growth of retail prices for consumers. According to analysts, the cost of the tires, after the introduction of the bill, will rise significantly. It would seem that there is still time, because this mandatory labelling will be only at the end of the year, according to the plans, on December 1, 2019. But not so simple, because in the beginning it was decided to conduct an experiment, and it starts well, very soon – 1 March. This project is already available on the website publication of draft normative-legal acts: link. 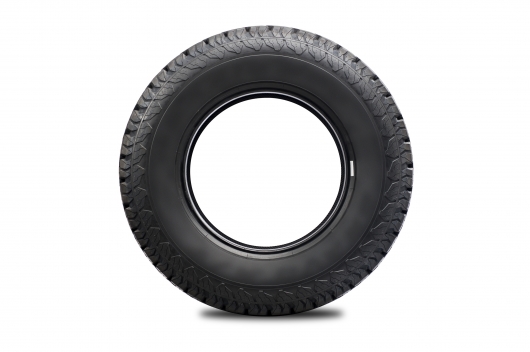 According to the text of the decree, the objectives of the experiment are:

testing of the completeness and sufficiency of arrangements of marking of the means of identification of tires pneumatic rubber new to ensure the illicit import, production and circulation of tires pneumatic rubber new as well as improve the collection of customs and tax payments. Organization of effective interaction of bodies of state power. Evaluation of the efficiency and effectiveness of the information system used for the experiment. Definition of the technical possibilities of an information system and its further development, and more.

The participants in the turnover of tires pneumatic rubber new to participate in the experiment on a voluntary basis. So while, as an experiment marked will not all the rubber, and consequently more expensive, not all rubber automotive wheel products.