That’s what the most reliable car infotainment system

Top most convenient and reliable multimedia systems in cars. 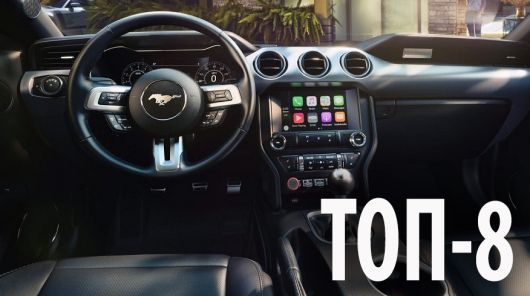 In recent years the car market is becoming more and more complaints about the infotainment systems in modern cars. The fact that the producers in pursuit of a number of technologies forget about the consumer, stuffing their products are terribly uncomfortable and unreliable multimedia systems. Fortunately there are a number of manufacturers who make perfectly adequate system, which may not be ideal, nevertheless, do not upset the owners of the vehicles.

Over the last decade in the machines came with regular screens, sophisticated software, making the multimedia system in cars in the whole complex computer clusters. Unfortunately many infotainment systems very difficult to manage. Yes, there is to manage.

In many cars so terrible UI that sometimes their owners generally try not to use multimedia systems. It is very annoying to car owners. After all, the car in this case, it looks defective. And according to experts, in recent years the quality of work the infotainment system have a almost major role on the satisfaction of owning a car.

That’s why a few years ago, the company JD Power, which has long been annually publish ratings of reliability and quality of vehicles based on user feedback, introduced in the algorithm of calculation of final grades reviews of car owners about the infotainment systems. As a result, those cars that are of low quality multimedia systems are not able to get the highest award in the ranking of JD Power.

JD Power recently published its regular reports on the reliability and quality of cars that showed that the market today a lot of cars with the problematic infotainment systems. And at the moment there is already a three-year trend of the increasing number of complaints on this technology.

But not all cars are terribly uncomfortable or improperly operating the multimedia system. For example, according to the company JD Power among the huge variety of the world market we can identify a number of vehicles that are fitted with more or less reliable, high quality and easy to use systems.

In the end, there appeared a separate rating of the reliability of infotainment systems based on reviews of car owners in the first 90 days of vehicle ownership.

So, here is the TOP of the ranking broken down by vehicle class:

By the way, if to compare cars, removing in the direction of their category (class), according to the company JD Power least of all the problems and bad reviews registered to the Ford Mustang.