What do taxi drivers in Moscow selected cars 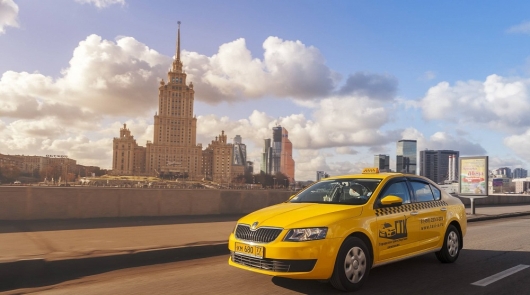 “The number of accidents involving taxi drivers has increased by a third”, according to reports. Tired of taxi drivers fall asleep behind the wheel, drunk taxi drivers delivering passengers to the cities and suburbs of the country, utrennie to “zero” cars of private owners are a danger to all living things… it Seems all these unpleasant moments in the life of the passengers have long been accustomed to treat it philosophically or through your fingers. But with such reckless impunity will not be tolerated by authorities. In the case of the dangerous taxis and their cars came from the Moscow administrative road inspection (MADI).

According to the press service of MADI referenced by the newspaper “Kommersant”: “the staff of the Moscow road administrative inspection (MADI) during raids with the traffic police began to move on spetsstavki taxi cars, if the directions of the driver missing the mark on a daily physical examination or tekhkontrol car”. We emphasize that sending the car to the impound for lack of marks in the waybill, the traffic police alone is not in the law, these rights are granted by law to the employees of the inspection MADI. Therefore, the raids they carried out jointly.

Measures to compel compliance with the law have started to operate from October this year and is currently impounded already displaced nearly 750 vehicles. The sanction is used as a security pre-trial measures.

In the inspection MADI explained that the measure will allow to reduce the number of accidents involving taxi vehicles. “This is for the safety of passengers, because of poor health of the driver or a fault in the machine are often the cause of the accident, if the driver feels ill or is overtired, he should not be behind the wheel and endanger yourself and your passengers”, stressed in the traffic police. 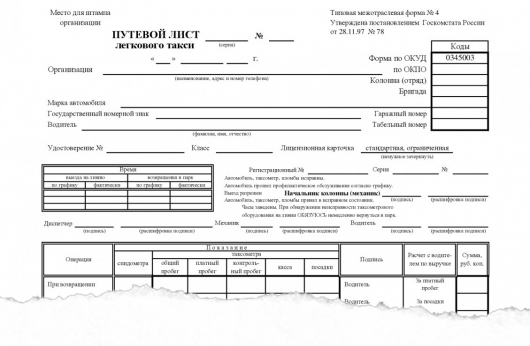 Thus, it is possible to compile a short list for employees in the taxi, what they do certainly not necessary, if they don’t want to end up rescue a survivor from the clutches of the impound yard:

if your waybill driver missing the mark on a daily physical examination or a stamp on the passage of the car on the inspection car mechanic – welcome to the pound. Most likely the car will go to a state Park with all the ensuing financial costs (to court the car will be impounded, sometimes you have to wait for the decision in the matter of 30 days or more, and each day is placed on the impound lot the car will cost 1,000 rubles a day, as you can see, the measure for the TLC comes at a price) if directions will not do. Even though in the code about administrative offences responsibility for last written a completely different article (Article 12.3) and the penalty for this is much softer: shall entail a warning or imposition of an administrative fine in the amount of five hundred rubles.

If the identified offender (legal entity) initiated an administrative case under article 12.31.1 of the administrative code (Violation of requirements of safety of transportations of passengers and Luggage by road transport and urban ground electric transport).

Thus, the use of part 2 of article 12.31.1 “Implementation of transportations of passengers and Luggage, cargoes by motor transport and city ground electrical transport in violation of the requirements on conducting pre-trip and post-trip medical examinations of drivers of vehicles” –

shall entail the imposition of an administrative fine on citizens in the amount of three thousand (3.000) rubles; on officials – from five thousand (5,000 roubles); on legal bodies – thirty thousand (30.000).

Similar sanctions follow in part 3 of the same article, which refers to the violation of the pre-trip vehicle control.

But if you will be identified from the type of violation – the car went in flight passed without the medical and technical control, the penalty will be imposed double the amount, up to a maximum of 60 thousand rubles for legal. . In this case, the code allowed for an interim measure under article 27.10 of the code of administrative offences of the Russian Federation, in the form of a “seizure” of the vehicle. It then began to be used in the inspection.

IMPORTANT: evacuated car can be returned only after inspection of the carrier, the evacuation and storage not paid. For payment of the fine is given 60 days. Approx. For administrative offenses under this article, persons performing business activity without education of the legal person, bear administrative responsibility as legal entities.