That means that the logo of Hyundai

Did you know that the Hyundai logo means handshake two people? 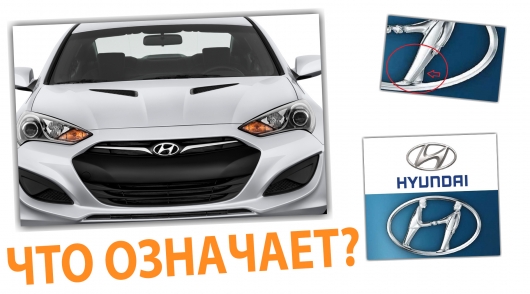 Probably not today, motorists who would not know the car brand Hyundai. Over the past 15 years, this Korean company has become a real rival not only Japanese cars, but has threatened on sacred, starting to compete with the German cars. In the end, the popularity of the Hyundai brand is growing exponentially. Also each of us probably knows what it looks like the Hyundai logo, which is very similar to the icon of the company Honda. And now the question: do you know that is the logo of the Korean company?

It is no secret that all car logos have a hidden meaning. In the end, the car logo is not just icons and text, devoid of meaning. So, did you know that a stylized Latin letter “H” Hyundai badge means handshake two people? When I first learned about it, I didn’t believe them and decided to apply officially to Hyundai that they have confirmed this or denied. Imagine my surprise when I read the official response that this is true..

By the way, the fact that the Hyundai logo means the handshake of two people, is not some secret mystery. The fact that the Korean car brand, which does not hide the symbol of their logo and directly talks about it on his official website:

Here are the Google translations of foreign website Hyundai

That is actually the Korean car brand’s logo is two people, strangely tilted to the right. It looked like the Hyundai logo, if the icon was stylized with the participation of figures of people. 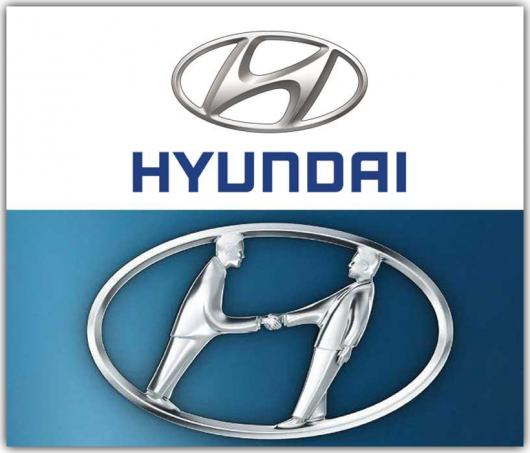 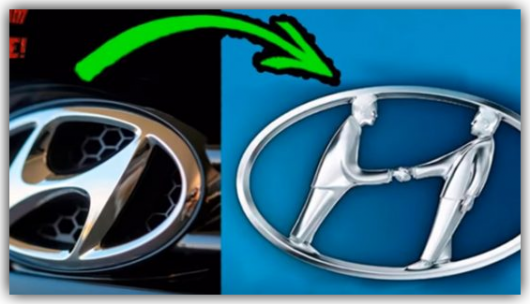 Of course, the logo also represents the ordinary Latin letter “H” stylized cursive (the letter has a tilt to the right). Why the “N” probably so clear because this is the first letter in brand name.

By the way, the letter “H” painted in the logo in italics, and leads to the fact that the two men, shaking each other’s hand, also in a strange way as if tilted to the right. Agree, unusual postures of two persons.

This increased the time on stylized logo: 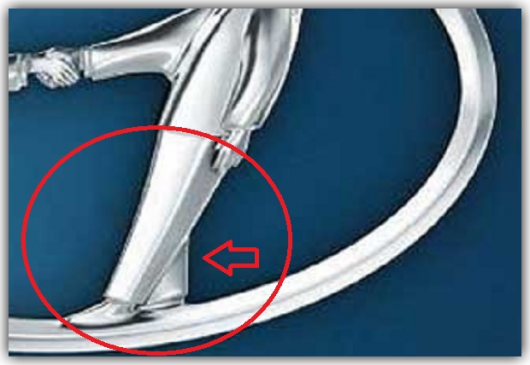 They say that these two men symbolize representative of Hyundai and the client, one standing above the other (for example, on the escalator or on the hill).

By the way, the first time in Hyundai’s very worried that their logo is very much like a stylized Latin letter “H” Honda, despite the fact that initially the logo looked completely different. Here’s how he looked. As you can see, it is unlikely the Korean company were worried about the similarity of the brand with the brand of Honda. After all, the old logo really have nothing in common. 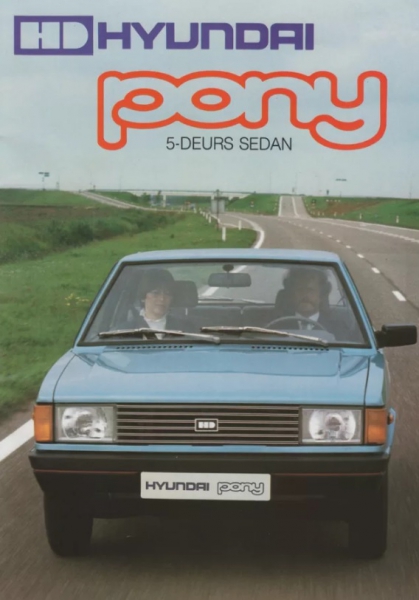 In fact, original car logo Hyundai was more similar to Latin letters “HD”, which may mean that they produce high quality vehicles (although a combination of letters indicates higher resolution used today in TVs and monitors). In fact, these two Latin letters in the first logo of the Korean avtomarki probably were not carrying any direct sense.