As a penalty for aggressive driving will add to the city’s budget. 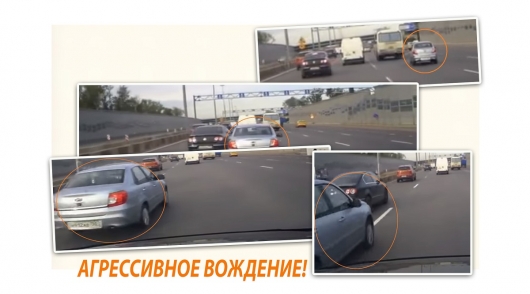 You’ve probably already heard that finally our government has attended to the introduction of a penalty for aggressive driving, which will amount to 5000 rubles. But whether this penalty to stop the chaos on the roads, which suits the “Golden youth” and those who believe that public roads is the track? Let’s face it.

Recall that in 2016 traffic Rules introduced the concept of “dangerous driving”. It was introduced by RF Government Decree №477 30.05.2016.

That is according to introduced in 2016, the changes in traffic regulations dangerous driving:


Dangerous driving is manifested in the repeated Commission of one or committing several successive actions, namely, the failure of the rebuilding of the requirement to give way to a vehicleusing a preferential right of way, changing lanes in heavy traffic when all lanes are busy, except in the case of left turn or right turn, stop or detour obstacles, the failure to observe a safe distance to the vehicle ahead, the failure to comply with a lateral interval, sudden braking, if braking is required to prevent traffic accidents, obstruction of overtaking, if these actions caused the creation of a driver in traffic situations in which his movement and (or) the movement of other traffic participants in the same direction and with the same speed creates threat of death or injury of people, damage to vehicles, buildings, goods or causing other material damage.

These changes were made to paragraph 2.7 of traffic rules of the Russian Federation. 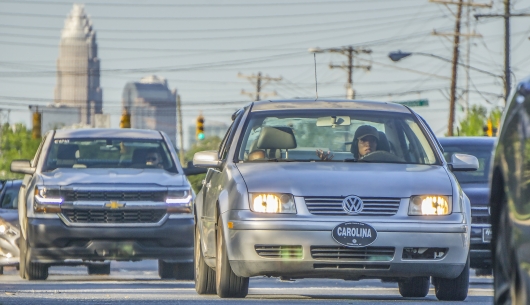 If you follow the description of the concept of dangerous driving on the road, fanfare administrative responsibility after the introduction of a penalty for aggressive driving can reach not only those who loves it is dangerous to play checkers, to drive with the speed of the strip other cars driving very close to them, but also those who believe that a public highway is a race track. Meanwhile, under the description of “dangerous driving” can get action and ordinary drivers. For example, easily under administrative liability for aggressive driving will be able to get inexperienced drivers. That is, the drivers-beginners, recently received the law, and other insecure drivers who are on the road today are a dime a dozen.

“The garden” (non-compliance with a lateral interval)

For example, you could see how dramatically can change the drivers-newcomers of the series in a row, fearing that they will not pass. Also you’ve probably watched as some drivers brake sharply in its lane, despite the lack of obstacles. Especially this slowdown is typical for those who have recently been behind the wheel. And it would seem that a novice driver it can be forgiven. But no. In the case of imposition of penalty for dangerous driving such actions will lead to the fact that almost without exception novice drivers can be every day to write me a ticket for aggressive driving. Interestingly, the legislator has specifically introduced the concept of dangerous driving in traffic with this formulation is that the local budgets would do well to fill its coffers at the expense of inexperienced drivers?

All here, of course, will depend on who and how it will attract drivers accountable for dangerous driving. On the one hand, to give the right to identify aggressive driving on the road the cameras fotovideofiksatsii easier. But in this case we are faced with a conveyor unjustified fines, which are not always true are sent to drivers caught the eye of the cameras of the traffic police. Because every case of dangerous driving must be considered individually. But give the right to identify aggressive driving, the traffic police also not worth it. Indeed, in this case they have to be empowered to decide for themselves whether this or that driver dangerous maneuvers. In this case it will not contribute to reduce accidents on the road, and the growth of corruption in the ranks of traffic police, and yet are unable to understand our leaders.

Unfortunately, the draft law on the introduction of a fine for dangerous driving (Ministry of internal Affairs proposed to amend administrative code, section 12.38) provides signs of aggressive driving in the actions of the drivers at the discretion of the police. The worst thing is that the traffic police will be able to detect such violation without the required fotofizicheski. What it will bring, we already know. It is enough to see most of the court decisions on the complaints of drivers to challenge fines for traffic violations imposed on them by the traffic police, where you will see the standard runaround of the courts: “there is no reason not to trust the police.” Unfortunately, during the preliminary discussions of the bill in the state Duma in 2017, the deputies did not dare to amend the bill to impose liability for dangerous driving, which would have obliged the police in identifying signs of aggressive driving to do the obligatory video recording of violation fact.

Yes, of course, the inspectors of traffic police for the attraction of drivers to administrative responsibility according to the current legislation are required to prove dangerous driving. But it is in theory. You look at what is happening today on the roads in the country, when law-abiding drivers illegally prosecuted for traffic violations. And we are not talking about when really the driver has committed traffic violations, but in fact the traffic police having no evidence base, attract drivers to justice. And what’s the worst that sometimes, to find the truth, motorists have to defend their rights in multiple courts seeking justice only to the Supreme court. It is logical that many drivers prefer not to mess with the judicial quest, sometimes just paying the fines for violations they did not commit. It is clear that such sluggish activity of the society is not conducive to the improvement of the legal system. 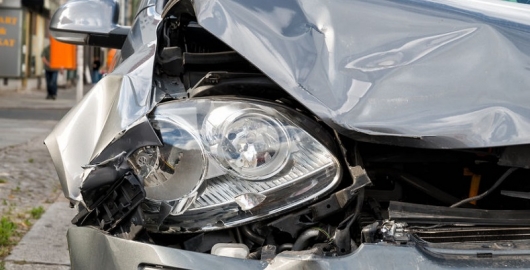 Although, of course, some difficulties for the traffic police in the preparation of the report on dangerous driving will be. After all, it would be difficult to describe it, what exactly is the violation. But still the new law, which will soon introduce administrative liability for aggressive driving, has gaps. And if so, the new law once again gives a loophole for abuse by police officers. I hope that when considering amending the administrative code to our elected representatives enough mind and spirit to add to the bill a clause, obliging to prosecute aggressive driving only with the video.

“Bustler” (non-compliance with safe distance to the vehicle ahead)