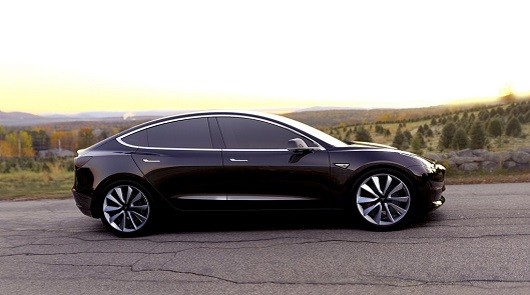 Just a couple of days it took the American company Tesla to collect more than 250 thousand pre-orders for the newly introduced “Model 3”, which broke all existing sales records for electric cars in the world.

According to statistical information, the number of pre-orders five times higher than the total number of cars Tesla sold last year.

Such a large number of pre-orders was a pleasant surprise Chapter of the automaker Elon musk, who said that despite the current situation they definitely have to rethink production plans. However, he could not hide his joy that their child enjoys such great demand amongst car enthusiasts.

According to official data, during the first three days the company Tesla received more than $ 150 million and it is only at the stage of pre-orders that inadvertently suggests that Model 3 will be one of the most important cars for the company, but also for the entire automotive community.

Recall that the official presentation of the model 3 Tesla Model took place on 31 March in California. During the presentation Elon Musk announced that the car will be very fast – acceleration from 0 to 96 km/h takes about 6 seconds. And let the company failed to keep its former promise – acceleration from 0 to 100 km/h in 4 seconds, the Tesla Model 3 will still be a very fast car. The company hinted that faster modifications will also see the world, but some time later.

During the presentation we also learned that despite the relatively small cost of 35 thousand dollars, the car will be pretty well stocked. In addition to standard on all models electronic assistants and a large display on the center console, the car is already in the database will receive the autopilot system.

Sorry, we currently have little information about the technical part of the model. The novelty will be similar to Model S arrangement – the body in the form of a liftback with two Luggage compartments front and rear and a battery compartment located in the wheel base. From one charge the car can travel about 350-480 km.Pre-orders for the new product are accepted throughout the United States, South Africa and Korea and Brazil and the European Union. If there is sufficient demand, along with factories in Nevada and California, Tesla may build plants in China, where supposedly will be the future Model Y, the rumors which have been circulating for several months.