Eric with “Reviews” can give seven years for fraud 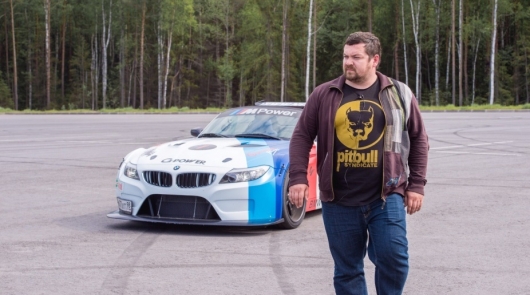 It is possible to treat the person whose name is Eric Davidovich (Kituashvili). For some, it has become a truly odious person, not Grushevskaya boorish behavior and “dirty” methods of promotion of their media pieces. Well, I guess in the modern “art” media without the mud can not do. Some viewers need scandals, live, gossip, digging up dirt on their idols, or people who for one reason or another, get on TV and YouTube, as a substitute of pills called “Blue screen”.

It is therefore not surprising that the network and the video is extremely unflattering, which is often bossed the above-mentioned subject. One of the most famous movies of this plan was recorded eight years ago during a rally Smotra, Samara hotel, where a blatant “boys” pack attacked a woman administrator. Well at least it is only verbal. However, this 11-minute video for ethical reasons we still can’t show you, and I think many have seen it.

This “conflict”, bloated on an empty place, Kituashvili became famous far beyond the limits of street-reytingovoe party. Over time, the details of uniform ugliness on the part of the riders have forgotten and the recognition and the glory remained.

For other Eric became “father” of street racing and autobloggers Russia. Gatherings, parties and races in different cities of the country. Luxury cars, beautiful women and dangerous speed. Dolce Vita in Russian. Of traffic violations on time of car festival of life will not speak, they were the leitmotif of all the action, an integral part of a dangerous show. Reviews of the most rare car was a bonus load:

Huge views of each video between 6 million and higher, with a lot of likes said guy knew what to do, how to speak and how to maintain the interest of the public. Had run to Shine on the big screen.

Third, the showman, is remembered as the exposer. His videos about “autopsy of corruption” in traffic police of Moscow discussed all motorists of the country. And when how to check engine temperature was a criminal case, some considered that too annoying blogger, the security forces decided to “calm down” with the filing of the traffic police. Even Solovyov argued on this subject:

By the way, in 2014 he took an active part in the capture of a gang of killers, catching along with police officers acclaimed the bloody gang “GTA”.

Today, from the pages life.ru it became known that the prosecution believes that the guilt of the main “smitrovich” fully proven and required to appoint, Kituashvili seven years of imprisonment.

“— Please assign a final sentence of seven years imprisonment with punishment serving in a colony of General regime, — said the Prosecutor of Dorogomilovsky court of Moscow, where the pleadings in a criminal case against Kituashvili”, noted on the website life.ru.

And what is the actual accuse showman? As some like to say, officially, they say still the guy for the truth will go to the place of confinement. Pretty cut and dry, insurance fraud in especially large size. The decision to arrest the routine business was issued by the Tverskoy district court on 22 February 2016.

If the sentence will come into force, autoblogger will be released in 2023. As part of the period he has already spent under arrest in jail.