Satellite antenna in a trunk of a car melted the interior

Leaving the car parabolic mirror, you risk to melt the entire cabin. 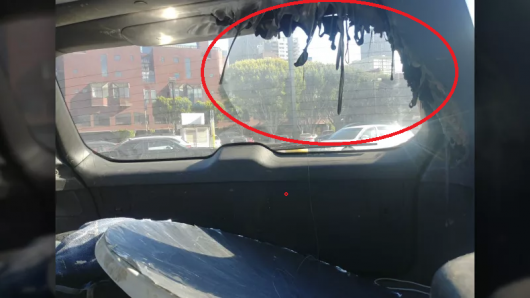 We all know that it is not required by law to leave their children in the car. But it is not only in the law, for the breach of which the owner of the car waiting for a considerable fine. More importantly, leaving in the car for your child, we risk his health and even life, because he can choke. It is also desirable to leave animals in the car.

Especially dangerous cabin standing car parked in the sun, as in direct sunlight, temperatures inside cars with closed Windows can become like an oven. We do not advise you to leave in the summer in my car mirror, and any items that can reflect the sun’s rays, collecting them together in a bundle. Why? Now tell. 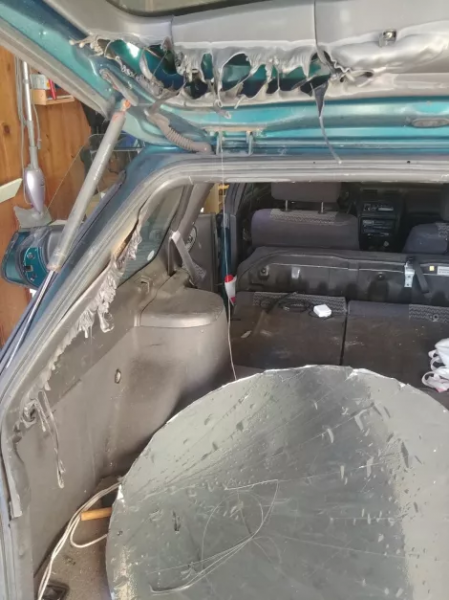 Recently, the owner of Subaru Outback literally melted the cabin of the car, leaving her satellite dish. The fact is that it became a kind of parabolic mirror, which collected the rays of the sun into a beam.

What happened in the car of the owner of a Subaru Outback, similar to the process observed in solar ovens, which are based on a curved mirror that collects the sun’s rays, which are then used for cooking. For example, the focus of the sunlight just a few minutes to boil water.

Why satellite dish owner of the car turned into the likeness of a solar oven, melt the interior of the car? As it turned out, the satellite dish was covered with reflective tape. In the end, the antenna became a giant parabolic reflector.

Most interesting is that usually, solar furnaces use a curved highly polished mirror to focus the sun’s rays. In the case of satellite solar rays reflected from a matte surface film covering the surface of the plates. 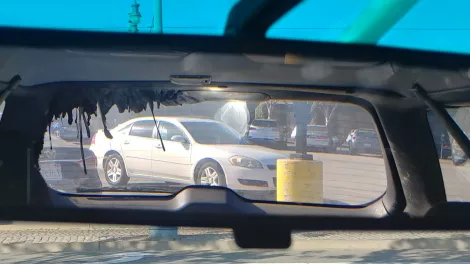 But it was enough to create a focused spot of sunlight which turned out to be hot enough to heat the water in just 15 minutes. This was also enough to melt the plastic panels of the car. Particularly affected interior trim rear compartment.

If you look closely at the melted interior, you might recall the impact of laser weapons from the movie “Star wars.”

Most interesting is that the car owner knew how dangerous the solar oven, and therefore never left in the car even a little mirror if I left the car all day in the sun. By the way, in the day when satellite dish melted the interior of the Subaru owner, he brought the solar oven Research center in San Francisco, where he works to show the principle of operation of such a parabolic mirror. After all, he invented such solar ovens. 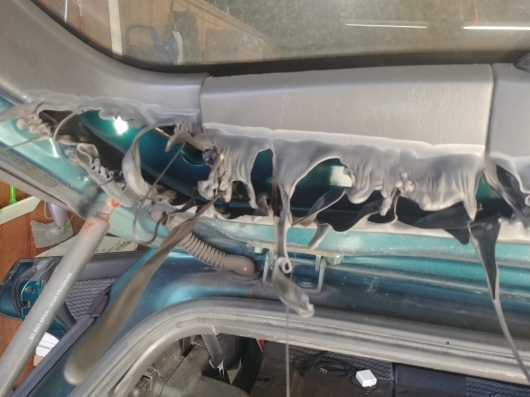 And what was his surprise when he went out to the car, he saw that the cabin to the rear of the car has melted. And blame was not his signature, the mirror, and the usual satellite dish, which he left in the trunk.

Here’s a cruel joke played with him the sun that he decided to use the energy of your stove.