Running in the new machine. Is it still necessary?

Do I need to run in new cars: deal with the myths. 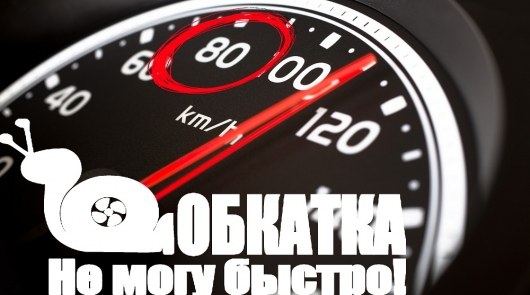 In the so-called good old days when I sold a new car, the manufacturer gave the buyer the instructions (or do it through the dealership) for the use of the vehicle. Largely it was about how to drive a car the first few thousand kilometers to give to get used to new parts, that is to make a run. In the end, since in the minds of car buyers still lives a legend about the mandatory run-in machine.

This files most often tested new cars make older motorists, they remember the machines that today with confidence can be called living classics. Also in need of running a new car and is confident the younger generation of drivers for whom the opinion of an experienced old drivers reputable. But does the modern new car need running in the first few thousand km? Why in the old days it was recommended that the first thousand kilometers the vehicle to be driven in power saving mode? 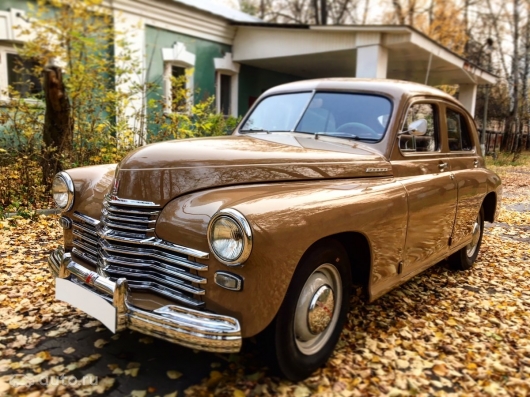 Remember that 30-40 years ago the method of making cars was much weaker than modern standards. At present, the factories have become more sterile than a hospital ward. In those old days most factories were dirty: fat, butter, oil, etc. the same applies to lines where they manufactured engines. In the end, the Assembly of the individual components of powertrains in those years left much to be desired.

In addition another thirty-forty years ago had very different tolerances to the engine parts (pistons, combustion chamber, etc.) to the components of the brake system to other similar items. The fact is that in those years the existing production equipment did not allow for a perfectly dimensionally accurate automotive parts. By today’s standards the old parts car had terrible tolerances. Nevertheless, the dimensions of parts and those old standards have been identified within the framework, allowing to collect of these components cars and releasing them from the line.

To do factory flaws and imperfections invisible in the safest way possible the buyer of the new vehicle has warned that several thousand kilometers the car must be operated in the power saving mode (that is, the required running-in, during which all the details had to get used to each other). Only after proper break-in the car can be ready for normal everyday use. Otherwise, the car manufacturers in those years did not guarantee that the machine will not break in the period of factory warranty. Some automakers in the years directly warned the car owners that in the event of non-compliance with the run mode of the new car factory warranty can be voided.

By the way, those who bought in those years new car, could even see how the machine behaves when running and starts to behave after it. After break-in, really, all started to work in the car like clockwork. Especially I felt this when driving. But it is logical. The details of the steering system was also used with each other during running-in new machine. 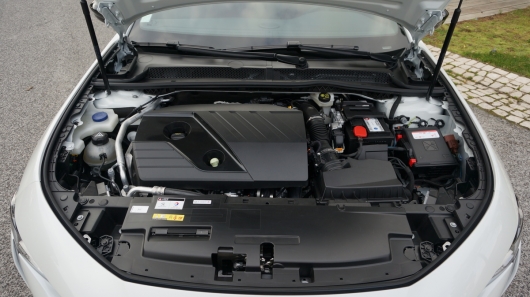 Including since automakers began to produce many car parts from other materials. This is especially true of engine parts. First and foremost it was necessary to reduce the weight of modern engines, which ultimately allowed the automakers to significantly reduce the weight of cars. As you already understood, it is necessary to increase efficiency of modern vehicles, and to reduce harmful substances in the exhaust of vehicles. By the way, it is not only affected engines. Modern cars in recent years has facilitated virtually all parts and components. So auto parts in older cars were much heavier than modern.

But despite this, today we can not 100% say that all modern cars don’t need running-in of the engine and other components for new cars. The issue here is more complex than it seems. The fact is that it all depends on the materials used to build modern engines and other vehicle components.

So, we know that three decades ago, all automakers are necessarily recommended that buyers of new cars for the first few thousand not to exceed a certain vehicle speed or driving at high speeds of the engine. Next recommended. 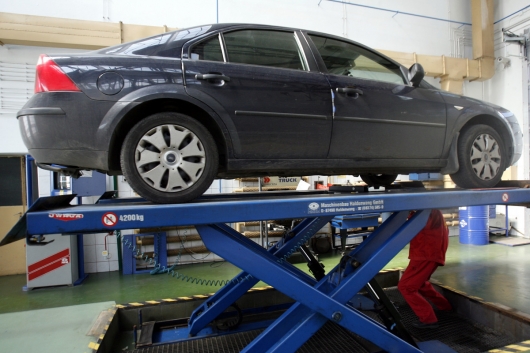 But many automakers are also encouraged to use the car in the power saving mode even after several thousand kilometers, advising them to gradually increase the load on the car for 10-15 thousand km, when, in their opinion, all the new parts the car completely bedded to each other. Everything is clear and obvious. Well, what with new modern cars? How it looks today? Do you need to run-in the sense of which we know from the time of VAZ classics? Should we be Guinea pigs, bright features of a new car?

It is necessary today on a new car to stick to a certain speed at the beginning of its operation? 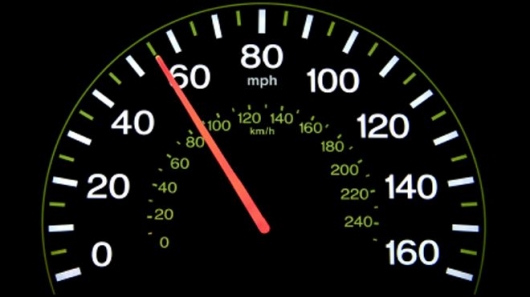 We live in a time when even the smallest activities in the field of car production is burdened by many international and local normative acts (acts of the EU, the Customs Union of Russia, Belarus and Kazakhstan, documents Rosstandart and other organizations). Machines in most cases, before to go on production line, pass numerous tests. Primarily this is done in order to understand whether you will be a model mandatory certification, in which experts check whether a vehicle specific requirements and standards. The cars that come from the production line these days, also checked in a thousand ways.

As a result, many new cars have a high-quality Assembly of all parts, and, indeed, many parts and components do not require the mandatory grinding that had to be done in older machines. As a result, many cars today can be used without restrictions almost from the beginning. First and foremost, of course, this became possible at the expense of making a more accurate part dimensions. Due to this, manufacturers were able to reduce gaps between avtokomponenty. 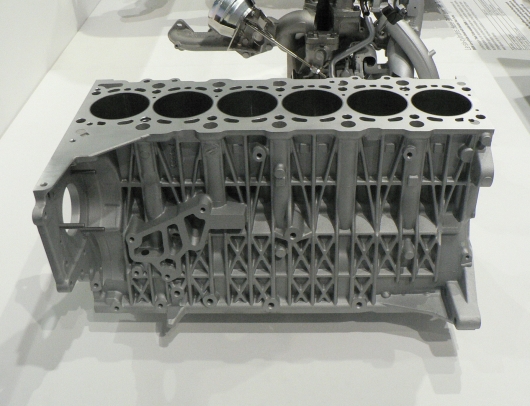 Not the last role is also played by the materials used to make modern engines and other vehicle components. Of course, many of the characteristics of the modern parts are better than they were in older cars.

In many vehicles today, the engines used aluminum heats up so fast in cars began to use carbon fiber, which allowed to significantly reduce the weight of vehicles to reduce the load on the motor. Modern engine oils are much better than their older counterparts. In General, everything got better. In the end, absolutely necessary in the running of a new car in most cases today no. 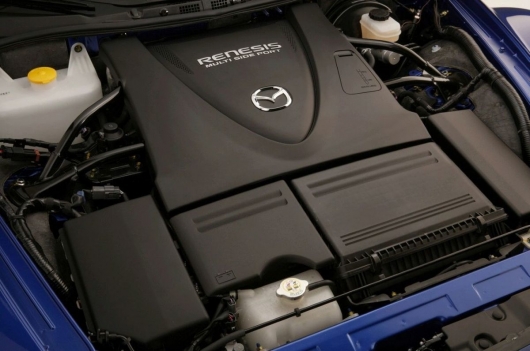 Modern engines though, of course, and have shorter life spans, but still better in many ways. Including contrary to the myth that the new motors become unreliable modern engines in reality are much better the old powertrains. Modern engines are numerous, complex testing, certification, and other mandatory requirements imposed on automakers by the various committees, organizations and States? Believe me, if modern engines were worse than their predecessors, they would not have received certification.

But the world is not perfect and there is always error. Including there are errors in the new modern cars. Unfortunately, a manufacturing defect in the modern industry are not uncommon. In the end, not every car all parts perfect. Sometimes (quite often) gets a new car detail with the marriage. But guess which instance there is a detail that does not meet the tolerance and quality standards of the vehicle manufacturer, is not possible.

For this reason, manufacturers recommend still easy to carry out a running in of the car, giving some tips on maintenance in the first few thousand kilometers. However, these tips look today is not a mandatory format, as it was in the manuals of old cars. Today, the automaker not so demanding to the buyers of new cars, considering that the car itself will break in.

– As for running the engine in accordance with the recommendations automaker, the new engine should be broken in for the first 1500 miles. During this time, all the movable elements of the power unit and other machine parts must be adapted to each other, – says Mikhail Radulov, Manager of the showroom of Volkswagen and Skoda. In the early hours the engine has higher internal friction than in the subsequent period. This naturally leads to increased combustion of fuel. After driving 1500 km, there is usually a small reduction in fuel consumption.

How to run in a new car? 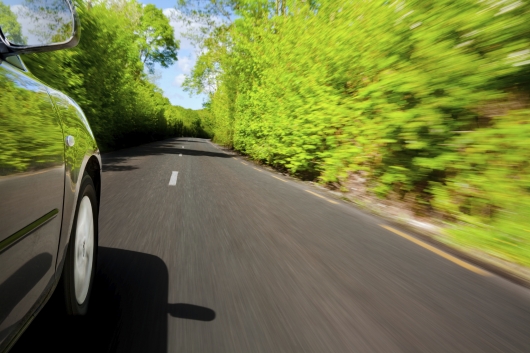 Here he advises to do in the first few thousand kilometers Michael Radulov:

It is recommended that up to 1,000 kilometers:

– do not use full acceleration

– not to driving with a trailer because of the greater load

– Driving style during the first 1500 km affects the life of the engine. “Careful operation of the car the first few thousand with the new engine increases its service life and reduces burnout engine oil,” says Radulov

As is evident from the expert opinion, anyone who today believes that running the engine is not needed, is wrong. No matter what kind of car you bought economy-class or exclusive sports car. All modern cars, as well as old need first 1500-2000 km in the running. Yes, running is not so strict as it was in new cars 30 years ago, but nevertheless the fact remains – it is necessary for all new cars. The only thing is that after 2000 km of driving most modern cars do, you can begin to use at full power. With old cars this was impossible to imagine. 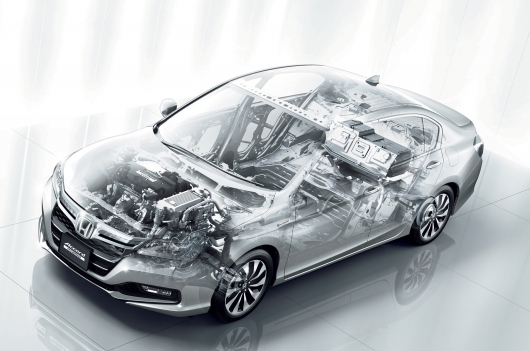 It is important to remember that each mechanism, each design has its “infancy” and we need to pay special attention to their behavior in the first period. Do not use the first time machine in the technical limits and immediately react whenever there is something that deviates from the norm. In the end, “gently break in” the car certainly will thank you in the future life.

Do not forget that, during running of the machine are aligned with each other component in the engine, but the transmission in drives, axles, brakes, etc.

And, of course, don’t be gullible, if your automobile manufacturer recommends you not run in a new car. Unfortunately, even today, all modern cars need though in small but complete the running in.