Ride companion for the money: what are the risks?

That is why the transportation of companion for money threatened big trouble. 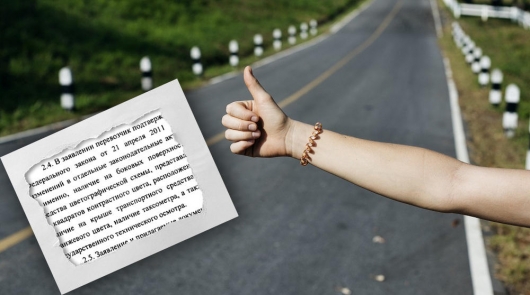 So it turns out that in our country people are constantly short of money. Here and try our citizens to find a “hack” to earn extra money. Especially in these days when incomes fall for several years. Naturally, in difficult economic conditions to expect higher wages from the employer until the second coming.

Therefore, traditionally people in our country don’t sit still, content with a small salary, and trying to earn extra money on the side. Sometimes it seems that in our country only officially bad. And thanks to the shadow economy, many citizens live, it turns out that in General, even nothing.

So, as you can see, taxi law, which entered into force in 2011, has not solved the problem of illegal taxi drivers. As a result, in this sphere continues to spin black money, the budget loses a lot of money. 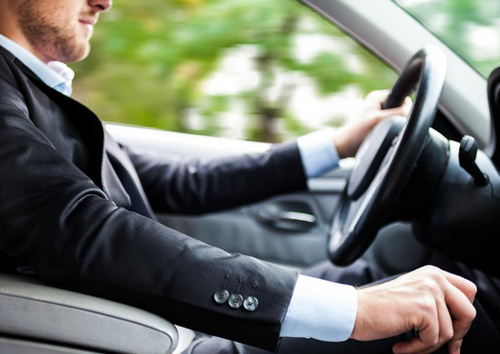 But it’s not so bad. To this army of illegal operators also add ordinary citizens who periodically take to the street to earn some, “catching hand” on the road. Many motorists, for example, carry companions after work or at the weekend. So for a month at successful illegal taxi drivers make good money. For many people this is a good increase to the basic salary.

But did you know that the carriage of fellow passengers for money may bring you a huge headache in which you’ll be in big trouble with the law?

Most of these hacks on the road know that driving companion for money, they violate the law. Because, as a rule, settlement between the driver and the passenger shall be effected in cash, which are not recorded anywhere. In fact, it’s illegal carrier who received income for the carriage of passenger for reward money. And if there is income, then it’s according to current Russian legislation shall be taxable at the rate of 13 percent (the tax to incomes of physical persons).

Especially advantageous was the moonlight on the road after the appearance in Russia of different aggregators companions who distribute orders through a special mobile application (works exactly the same as the aggregators of passenger transport taxi).

So now many drivers can not only “catch hands” on the road, but also to receive orders via a mobile phone, carrying passengers. But the worst is that this kind of activity illegal. Not only that, in the course of such transportation violated current Federal law about the taxis, in which every driver is obliged to obtain a permit for taxi transportation, and a number of other, more important legislation for the violation of which threatens serious responsibility. In fact, various online services companions – is a direct analogue of the taxi, allowing to transport people without a license.

But how can bring the driver to justice, if, as a rule, was in a similar services, drivers are not individual entrepreneurs and do not have the permission for passenger transportation taxi? And the cars carrying fellow travelers often do not have the specific color range of bodywork stickers “checkers” and identification lamp taxi roof. How the authorities can identify the fact of illegal transportation?

Well, “caught up” on the road, seated passenger, the ride on the way to the desired address, received several hundred rubles. What is the violation of the law? Surely someone will check such minor violations for any penny? 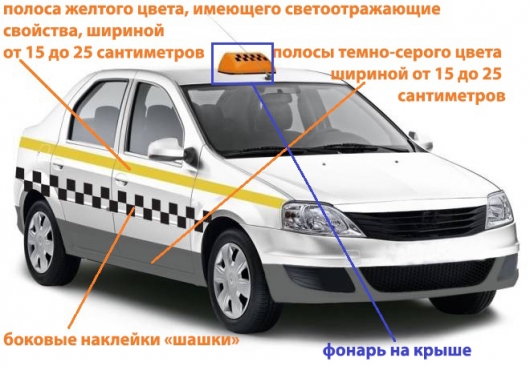 That may be so. Yes, checks on the roads to detect illegal carriers do not occur often. But they are still there. First most commonly performed routine test purchasing, in which the employees of the tax Inspectorate together with representatives of the Ministry of transport and employees of OBEP go on the road of the country under the guise of ordinary customers. Sometimes these dummy customers order a car through new-fangled services travel. 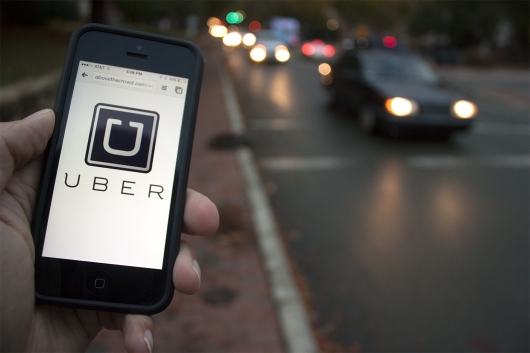 This is done in order to identify illegal operators. In fact, thus the power struggle with illegal taxi drivers who regularly transport people breaking the law. But from time to time under the hot hand of the tax and interior Ministry officers are ordinary citizens who decided to earn on the road on the way to work or at the weekend. And what their surprise when in the result of a test purchase of a few hundred rubles, it turns out that they face serious liability.

What are the risks if a ride companion for the money? 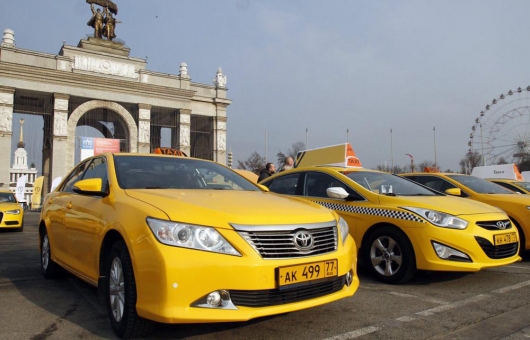 Of course, for the illegal carting you will answer on all severity of the law.

Thus, in accordance with part 1 of article 9 of Federal law No. 69-FZ, dated 21.04.2011 “On amendments to certain legislative acts of the Russian Federation” activity on transportation of passengers and Luggage an automobile taxi in territory of subjects of the Russian Federation is subject to receipt of a legal entity or individual entrepreneur of permission to activity implementation on transportation of passengers and Luggage automobile taxi.

Under the same act, permission for passenger transportation is issued for the vehicle and not per person.

Now let’s see in order, what penalties await drivers who illegally engaged in taxi transport or transporting hitchhikers for money. 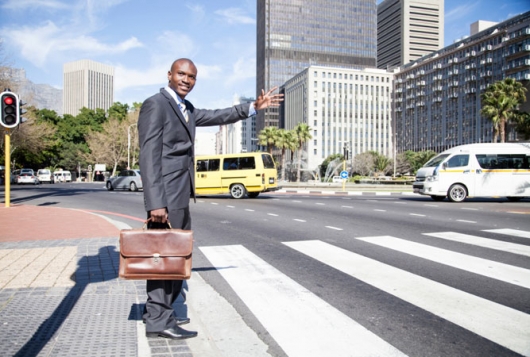 Accordingly, when the controlled buy after the carriage of the passenger dummy you at least waiting for the liability under article 12.3 of the administrative code.

Article 11.14.1. Violation of rules of transportation of passengers and Luggage an automobile taxi

1. The absence in salon of an automobile taxi of the information provided by Rules of transportations of passengers and Luggage by road and urban ground electrical transport shall entail the imposition of an administrative fine on the driver in the amount of one thousand roubles; on officials – ten thousand roubles; on juridical persons – 30 000 rubles.

2. Failure to issue a passenger of cash receipt or receipts in the strict reporting form prescribed by Rules of transportations of passengers and Luggage motor transport and city land electric transport and confirming the payment of automobile taxi, shall entail the imposition of an administrative fine on the driver in the amount of 1 000 rubles; for officials – 10 000 roubles; for legal entities – 30 000 rubles.

3. Absence on a vehicle used for rendering of services in transportation of passengers and Luggage, color scheme of an automobile taxi and (or) an identification lantern on a roof shall entail the imposition of an administrative fine on the driver in the amount of 3 000 rubles; for officials – 10 000 roubles; for legal entities – 50 000 roubles.

Accordingly, the illegal carrier in the case of violations also face liability to a fine in the amount of 3 000 rubles. However, this liability threatens only to those who already have a permit for passenger transportation taxi, but for some reason decided not to install on the machine identification lights and do not apply on exterior color codes marking taxi.

Thus, according to part 3 of article 12.4 of the administrative code, illegal drawing on external surfaces of vehicles special color schemes of cars of field services or color scheme of an automobile taxi is punishable by an administrative fine on citizens in the amount of 5 000 rubles; on the officials responsible for operation of vehicles, – 20 000 roubles; for legal entities – 500,000 RUB.

But that’s not all. Did you know, leaving the road “pobombit” without special permission from you, in fact, involved in illegal business? The fact that, under Federal law FZ-69 “About a Taxi”, the taxi licence shall be issued only to individual entrepreneurs or legal entities. Accordingly, you may not get a license for a taxi without becoming an entrepreneur. 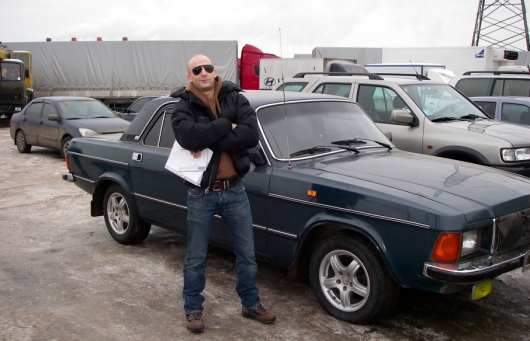 Doing the same illegal taxi service (even occasionally), you can be prosecuted for illegal business according to article 14.1 of the administrative code:

2. Entrepreneurial activity without the special permission (licence) if such permission (such license) is obligatory (mandatory), entails imposition of an administrative fine on citizens in the amount from 2 000 to 2 500 rubles with confiscation of made production, instruments of production and raw or without that; on officials –

The worst thing is that theoretically your car may even be confiscated. Although such cases have not yet been. The only thing found in the practice of bringing illegal taxi drivers under article 14.1 Cao RF, is the arrest of the car before the court decision.

What if you raise the tax on the illegal taxis? 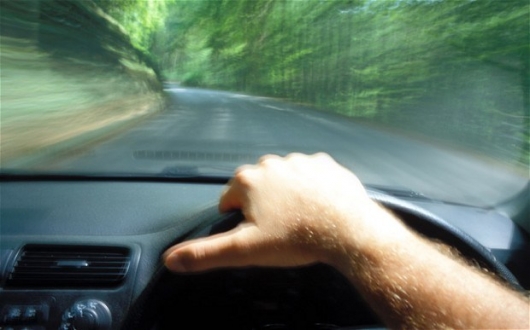 Yes, maybe so. For example, you ride a passenger, who, suspecting that you are involved in illegal taxi services (you can find this by entering the license plate of your car in the registry a taxi), addressed to the tax authority or the Ministry of transport to check vehicles for illegal taxis. In this case, you have nothing to fear, because in order to prosecute you, the tax authority and the Ministry of transport should prove the fact of providing commercial taxi services. In this case, they should be a document that you picked up the money. No test purchases to establish the fact of receiving money from the passenger for the provision of illegal services is not possible. If you have received from his companion the money transfer to a Bank card, in this case, the inspection bodies can already receive partial proof of rendering of paid services illegal taxi.