Premiere of the new crossover Hyundai 2018 Kona, the first technical information and images 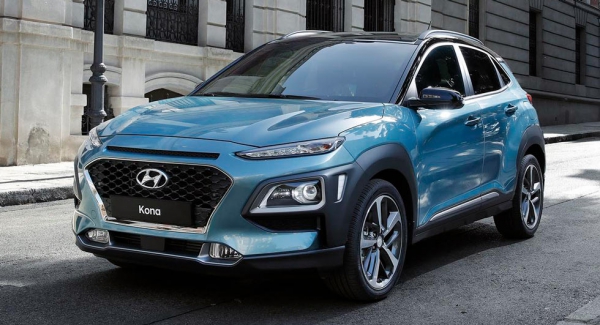 Subcompact crossovers continue to be one of the most popular and sought-after models on the market, so there is nothing surprising in the fact that after the recent announcement Stonic Kia, Hyundai Group decided to show his child the model of the 2018 Hyundai Kona.

Entering one of the most competitive segments of the market where as the fish in the water I feel such mastodons as the Nissan Juke, the novelty instantly became popular in the world – the Toyota C-HR Honda HR-V and Jeep Renegade, Hyundai will need to try very hard to make sales around the world.

Plan for the integration of the new crossover is plain simple, first the novelty should go on sale in Korea, it will happen in the current month, then the crossover will reach Europe later this year and will appear in North America in early 2018.

Briefly about the Hyundai styling 2018 Kona 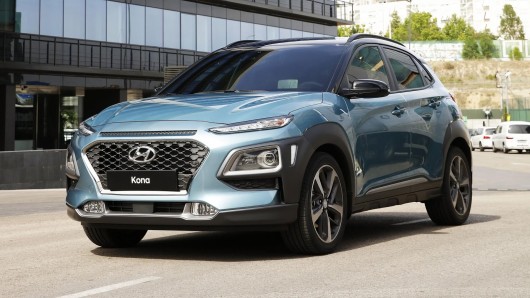 Korean model named after the coastal region on one of the Islands of Hawaii (although according to another theory, read in the vastness of the foreign Internet, Kona, is also an obscene word in the Portuguese language), however, we will leave these quarrels linguists, it is important for us looks like this car. Meanwhile, the Hyundai looks quite like the original. Yes, the similarities or some of the details of the exterior of this novelty is akin to several other models in the segment, however, the General impression of independence and a specific identity here is still present. 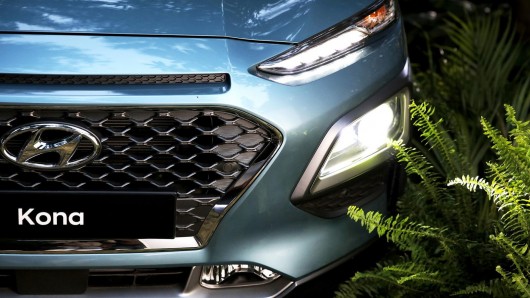 Supported the expressive front end of the car, quite chunky features of the car body and a protective plastic body kit on the bottom of the sills and wheel arches, quite a standard solution for this class of car. Of course, the novelty has led headlamps and lights front and rear, as well as a decent alloy wheels that will get some interesting stylistic decisions.

In General, we have before us a modern-looking small crossover in bright colors, which is said to the Koreans, they have developed for young people zero years of the XXI century. 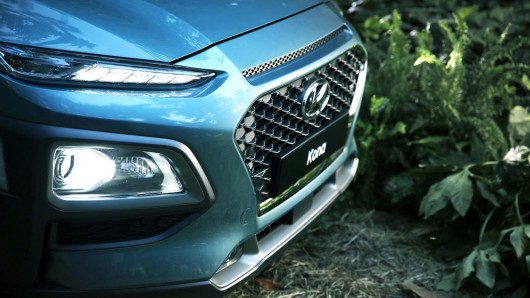 “With Kona, we have created a stylish and highly functional compact SUV that is ideal for the needs of customers who pursue actionable lifestyle,” said Euisun Cheung, Vice-Chairman of the company Hyundai. “We strive to set new standards in the compact SUV segment, with attractive design, advanced communication systems and leading in-class security systems”.

The interior design is made less geeky than the exterior, despite the trendy yellow accents on the front panel of the model.

What about technology and gadgets Kona? 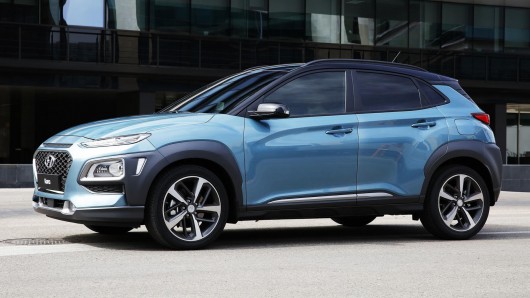 Crossover Hyundai seriously technically savvy, much more than any other of its contemporary competitors in the segment. This idea of the Hyundai will allow to attract even more focused on the adaptability of youth. Among the gadgets there is the infotainment system with connectivity Android Auto and Apple CarPlay, HD Radio, rear view camera and 4G telematics with 5, 7 or 8-by domovym display.

However, in the first place, and for the first time in the segment, the crossover of an average price category will appear wireless charging system smartphone equipped with a display system that monitors the charging of the phone. 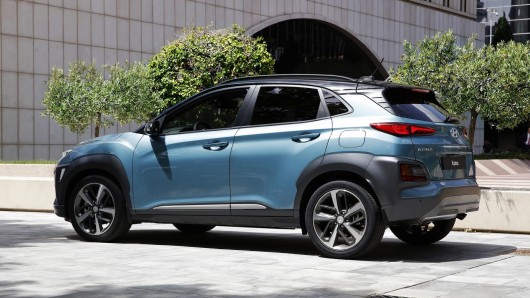 Another new feature is a combined Head-Up Display (HUD), which is to project the data directly on the windshield, does it on pull-out clear glass, concealed behind the dashboard when not in use. Output it includes information about speed, navigation, prevention of unauthorized lane of traffic, and information about the playlist.

In terms of safety, Kona will be available with a bunch of active warning systems and crash prevention. They include:

All of these systems are used for the front camera and radar.

Radar system of the car also works in conjunction with a system of Blind-Spot Collision Warning (BCW) watching the blind zones of the vehicle.

Finally, the function of Rear Cross-Traffic Collison Warning (RCCW) detects the presence of obstacles when reversing.

Hyundai told about the size and characteristics of the transmission 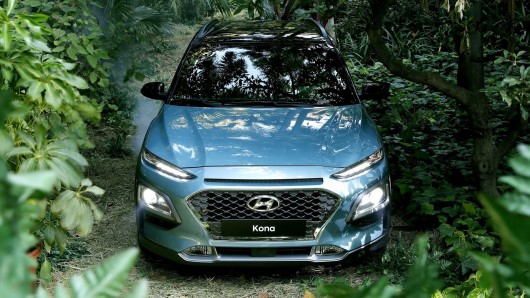 Crossover is based on a completely new platform, which can also be seen on similar with Hyundai Kona new Kia Stonic. Dimensions Kona are 4.165 mm in length, 1,800 mm in width and 1.550 mm at the withers. Wheelbase 2.600 mm exactly.

In Hyundai claim that optimized the location of the system underneath the SUV, including all-wheel drive system and the 4WD exhaust system to reduce the jumble in the region of the Central tunnel, as well as from an engineering point of view has revised the layout of the suspension, in order to understate the level of the floor and landing in the car.

If we were talking about the seats in a crossover, Kona will get a folding flat floor in various proportions the rear seats and Luggage compartment with a double floor for easy transportation of small and large goods.

In most markets, the base engine will be a 2.0-liter atmospheric four-cylinder 147 HP engine with 179 lb-ft of torque and is paired with a six-speed automatic transmission. With this engine, Hyundai claim that the acceleration from 0-100 km/h takes 10 seconds and the maximum speed is limited to 194 km/h. 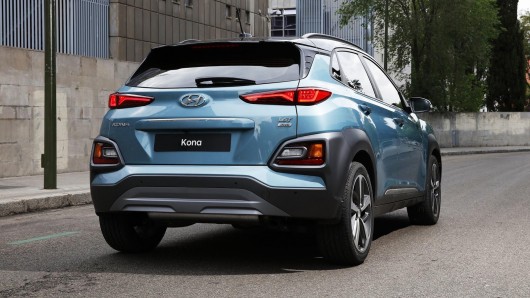 For those looking for more power, oddly enough fit more compact 1.6-litre four-cylinder turbocharged engine (1.6 T-GDI) with 175 HP and 265 Nm of torque. The engine will be paired with seven-speed transaxle dual-clutch transmission (7DCT), and will be able to disperse Kona to 100 km/h in 7.7 seconds, with a maximum speed of 210 km/h.

Buyers from Europe can also choose a couple of additional micromotor, like the stubbed 1.0 liter turbocharged three-cylinder petrol engine T-GDI to be aggregated with a six-speed manual transmission.

Also in some markets will be available diesel engines of 1.6-liter engine. 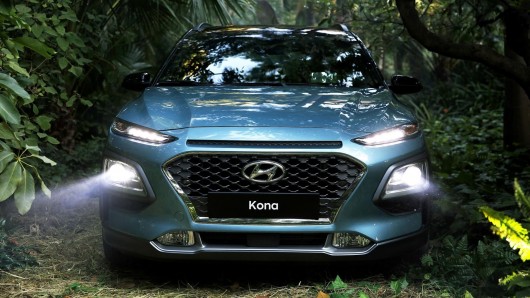 Hyundai also announced the release of a special version of the Kona “Iron Man”, which is said to be 40 mm wider and fitted with special led lights that will be installed under painted in Matt grey hood, decorated with red and gold accents. 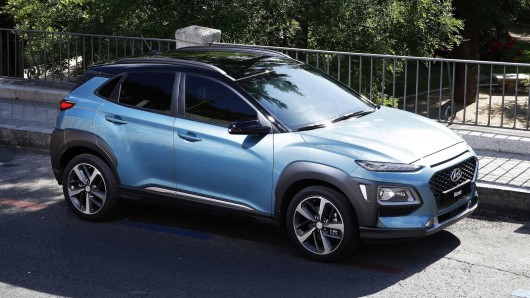 The crossover will also get 19-inch wheels with a picture of the mask of Iron Man in the Central part, as well as off-road tires. At the moment, is all the details and all information about Hyundai Kona 2018 model year, the Korean new product, which has shocked the world with its beauty and originality! 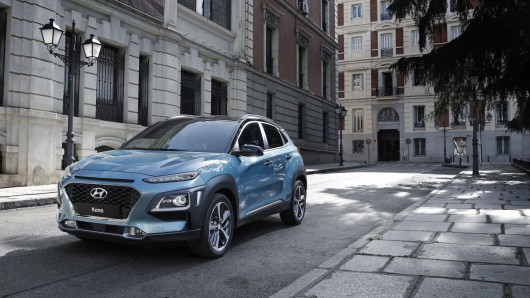