Porsche Macan: the Old and the new compare side by side

How different the new Porsche macan? 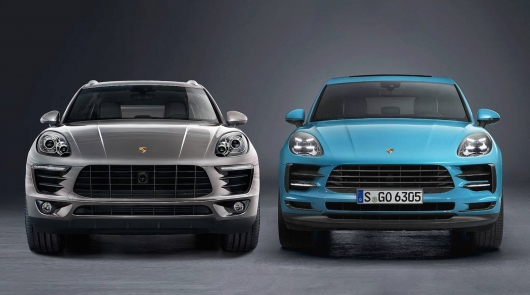 Take a closer look at the Porsche Macan 2019 compared with the current model of the Type 95B, and as it happens, the predecessor of the second generation of the sporty compact crossover to see what it changed.

Appeared in service in 2014 model Porsche will soon get an updated version. Today Porsche catapulted into the Internet official photos of new products, we today published a report: Porsche officially unveiled the Porsche Macan crossover 2019. Today in Shanghai was held the official premiere of the crossover. But the most interesting in all of this, understanding: “what in General has changed in the new?” Indeed, at first glance did not understand what the difference is between two different generations. To determine improvement, you’ll need to take up a magnifying glass, or just to read our article in which we try to highlight in greater detail the changes.

And so there you go!

The changes really are extremely minimalist in nature. Perhaps this is due to the reluctance of Porsche “mangled” wood. Even the best and the enemy of the good, but drastic change of image may not be! Therefore, undertook to work primarily by German engineers, by focusing the updates on how to support the technological competitiveness of the SUV against a variety of impressive models in this segment. 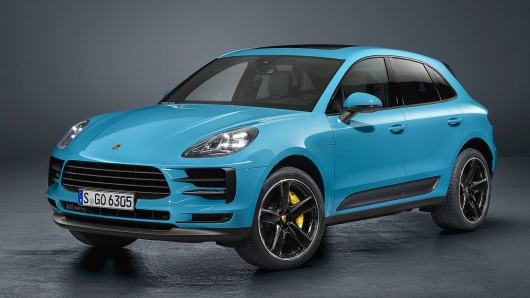 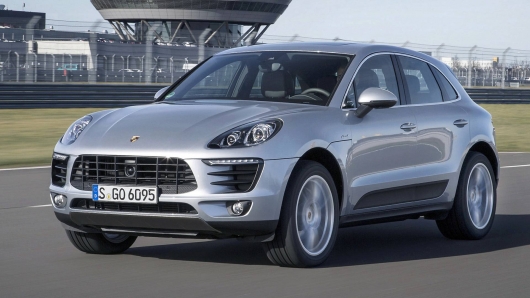 The front part of the 2019 Porsche Macan smoothly, but inevitably improved. New headlights have been updated mostly from a technical point of view, having different optics. Its sophisticated teardrop shape they have not changed. From now on, they feature four led daytime running lights.

The front bumper has got increased angular air intake and turn signals moved to the lower part (before it was on top of the bar). Round fog lights are gone from their homes, instead, they added two slits ducts, revised front bumper style. In the rest of the designers moved the existing appearance Macan unchanged.

The new Macan in these photos were trendy color “Miami Blue”. Bright shade creates a nice contrast with the black accents of the SUV. Porsche also adds to the list of options these shades in the palette as “Mamba Green Metallic”, “Dolomite Silver Metallic” and “Crayon gray”. Notice the black side panels of the car. They seem to be the same, but the punch they explicitly changed. Add expression new 20 – and 21-inch wheels lend a more fresh look. 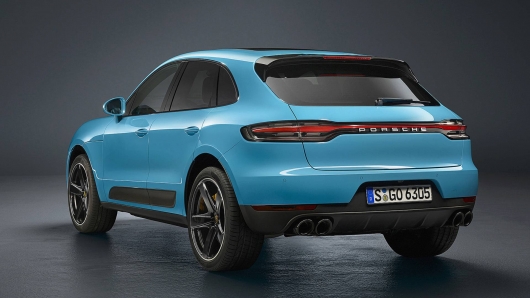 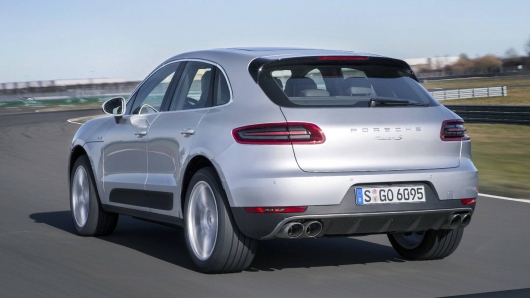 Unlike the front part, feed Macan 2019 model year received a much more noticeable design improvements. More precisely, the change in the literal sense of a single, but very important! It led rear lights that now stretch all along the “tail”, which creates a single style from the back. This element we will see in the next generation 911 and electric models TAYCAN EV.

The Macan has received a more modern interior 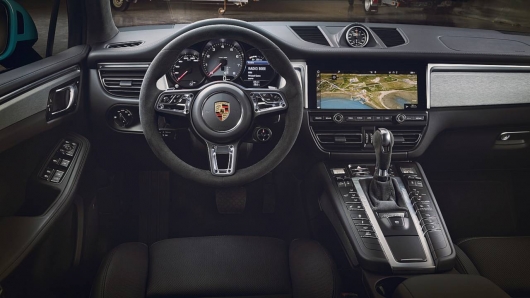 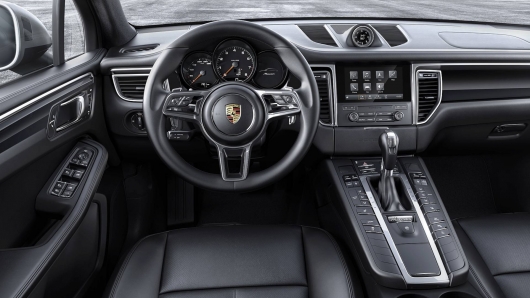 At the top of the interior of the new, bottom old Macan

New 11-inch screen infotainment system is high on the top of the center stack. It replaces the existing 7-inch block. An obvious and resounding a plus! Larger display forced designers to move the air ducts into the lower portion of the Central panel. In the previous version of the design, they framed the small screen.

The system got the standard voice control and smartphone app “Offroad Precision”, which is able to record external car cameras (video and photos) for the analysis of off-road travel just for the sake of the beautiful views. In fact, we can hardly imagine what the road can stop this kid. But suppose that it is real and the function is really useful on off-road.

In addition, Porsche added to the interior a new steering wheel with the button “Sport Response” (the button is added when you purchase the additional package Sport Chrono), it looks like it went directly from the model 911, air ionizer, heated windscreen, and a new help system Porsche in traffic Traffic Jam Assist provides a semi-Autonomous movement, including automatic acceleration, braking and handling at speeds up to 60 kilometers per hour.

What You can’t see 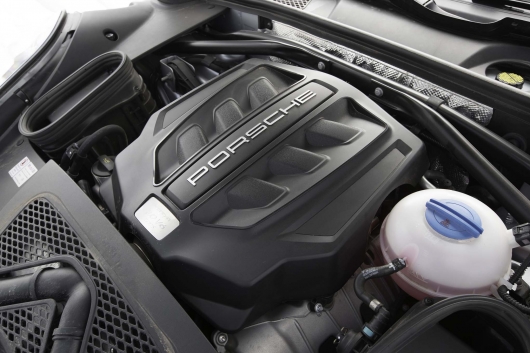 Porsche’s engineers essentially leave the transmission in the Macan alone, but they reconfigured the chassis, improving driving dynamics. The company said that the update improves the stability of the SUV, and this should lead to a more comfortable ride.

The engine range will change slightly. Have 2.0-litre four-cylinder motor came with a particulate filter and decreased power to 245 HP. All this is done for the sake of the environment.

From diesel Porsche of the line disposed: Porsche will no longer put diesel engines