All pickups-SUVs in the Russian market 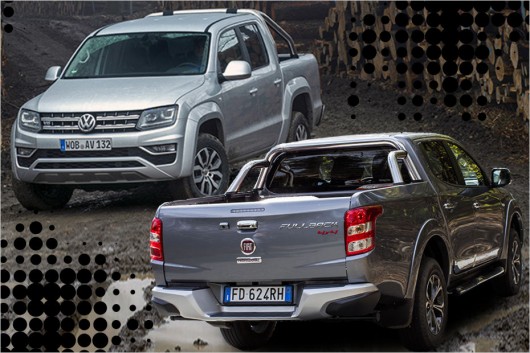 Every country in the world differs not only in its internal unique culture, traditions and customs. For example, in every country your market and preferences of consumers. As a result, we often see, when one market or that model swept like hot cakes, while in other countries these cars are not in demand.

A clear example of these vehicles are SUVs-pickups, which are very popular in USA, as when, for example, in Europe and in Russia these cars are unpopular. However, the interest of the public in our country is to this class of vehicles.

And I must admit the market of pickups in our country is slowly but surely growing. Unfortunately, the choice of pickups in Russia is small. We offer you a brief overview of all the pickups officially sold in Russia. 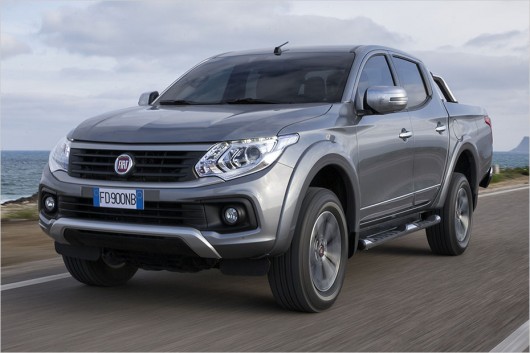 Company Fiat has teamed up with Mitsubishi to bring to market its first pickup truck SUV. As you can see on the pictures, in the end, the market was derived based on the Fiat Fullback, which is identical to the Mitsubishi L200. 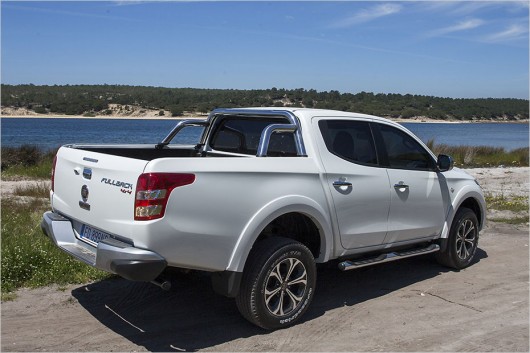 The car is available in 10 different versions in cost from 1.5 million to 2.2 million.

Also, the machine can equipped with a mechanical 6-step transmission and 5-speed automatic transmission.

It is worth noting that in all models Fiat pickup Fullback is equipped with all-wheel drive. The load capacity of the truck is 1 ton. 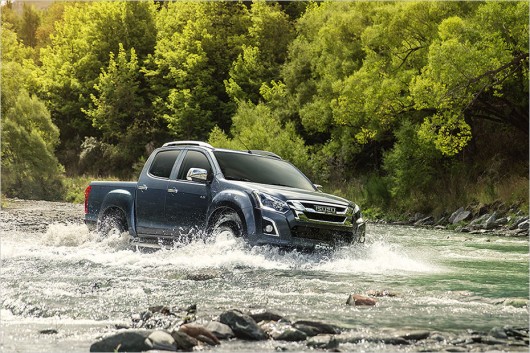 Pickup Isuzu D-Max in its current form launched in 2012. The Russian market presents two versions of the SUV: single cabin and double cabin. 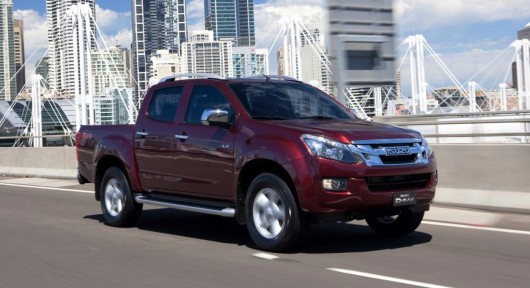 Both versions of the SUV is equipped with a 2.5-liter diesel engine producing 163 HP Value from 1 769 000 rubles. The maximum amount you will give for the version with double cabin in specification “Energy”, which costs 2 350 000 rubles. 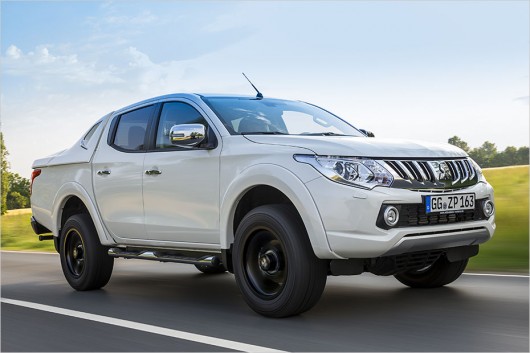 American full-size pickups are too big for you and consume a lot of fuel, and the Volkswagen Amarok looks boring? Then it’s time to consider interesting Mitsubishi L200 pickup truck with five-seat double cab. 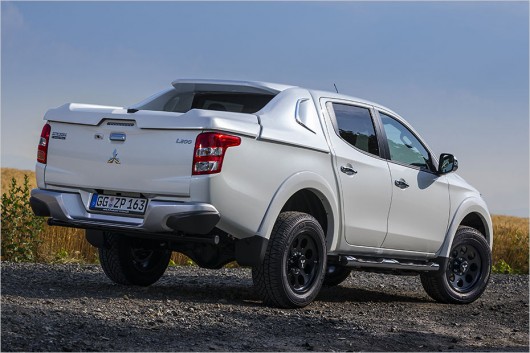 Mitsubishi L200 is equipped with two types the 2.4-liter diesel engines with a power of 154 HP and 181 HP, and manual or automatic transmission.

In addition, all versions of SUVs are equipped with four-wheel drive. The cheapest package called “Invite” is in Russia, 1.8 million rubles. For this money you will buy Mitsubishi L200 with a 6-speed manual transmission.

In the maximum configuration with automatic transmission pickup truck worth 2.4 million rubles 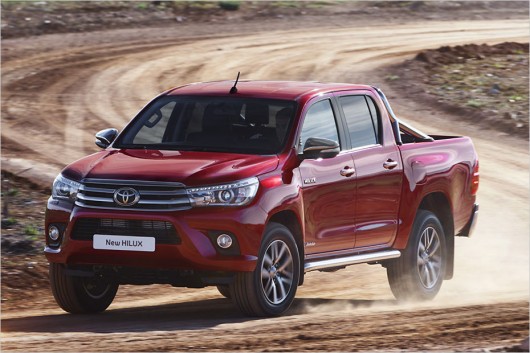 Despite the fact that the SUV-Toyota Hilux pickup is far beyond the class of the large American pickups, USA this car became a cult. Most importantly for what Americans liked Japanese SUV, it’s his reliability and incredible strength.

If you remember, the automotive TV show “Top Gear” presenters decided to test the strength of a Toyota Hilux after car with unbelievable trials in which it was proved that the SUV can survive even after the explosion of a skyscraper.

Though the tests involved an older model. However, a new generation of technology and reliability is not much different from the version of “kill” in “Top Gear”. 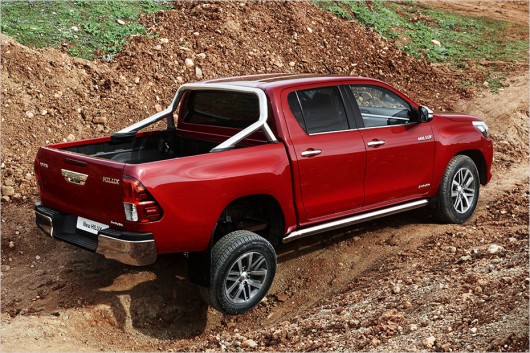 By the way, new model Japanese pickup slightly increased in size (from 5.26 m to 5.33 m). Also, the new model boasts even more reliability and durability, thanks to a new frame, which has become stronger on 20%.

In addition, the frame can now withstand the load when towing a load up to 3.2 tons.

The cost of an SUV of 2 million rubles (with manual transmission). In the maximum configuration the machine is 2.5 million rubles. 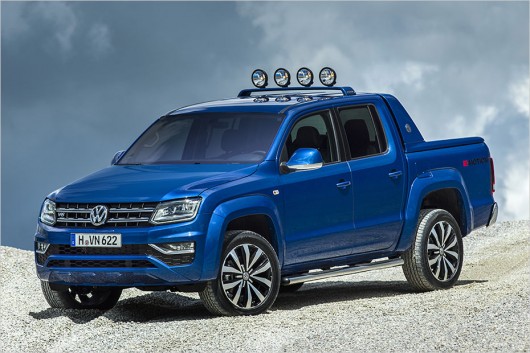 In 2016, Volkswagen has updated its popular in many countries, the SUV-pickup Amarok. After the conclusion of the updated model, SUV sales have increased substantially. In our country, this truck is also popular. It damages sales growth in a falling market.

Despite the fact that the capacity of the machine is 1 ton, the car can easily cope with towing a load of up to 3.5 tons. 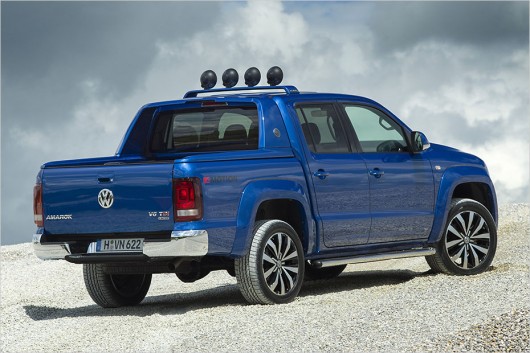 Unlike competitors, Volkswagen offers the buyer a large selection of models with different powertrains. So there is a version with 2.0 liter diesel engine with 140 HP 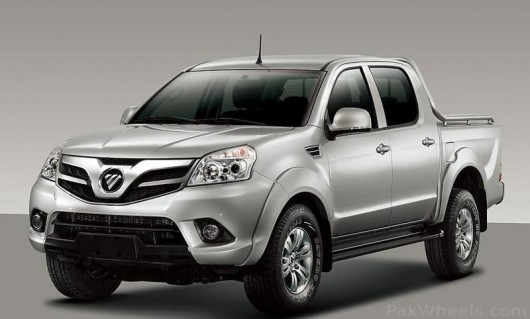 Foton Tunland is a budget Chinese SUV and pickup, which is usually sold on developing car markets of the world, including in Russia. The cost of the SUV in Russia is 1.5 rubles. For the money you get a 2.8 diesel SUV 163 HP (360 Nm), equipped with all-wheel drive. 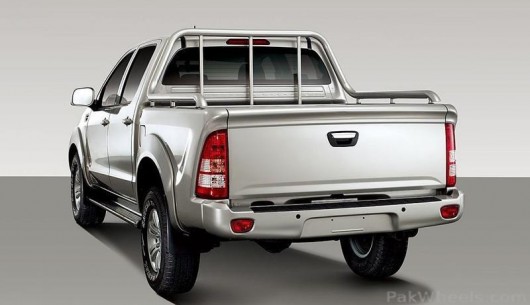 The only downside to this car is the lack of a version with automatic transmission. So regardless, what equipment you will acquire, the car will be equipped with only 5-speed manual transmission. 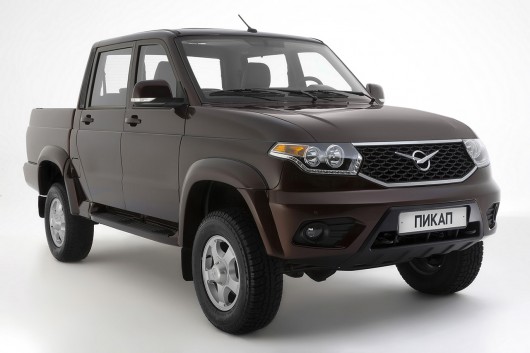 And so we come to the most popular Russian domestic production pickup that you can buy for just 877 thousand rubles. But the most interesting is that, despite its low price, this model is really able to compete with many other pickup trucks of foreign production presented in the Russian market. 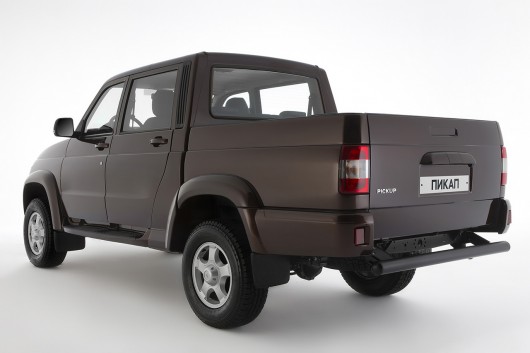 All modifications are equipped with a 2.7 petrol engine capacity of 137 HP, all-wheel drive and a manual transmission.

Basic is 877 thousand rubles. In the maximum configuration, the SUV is worth 1.1 million rubles.