Here are the results of the crash test of the new generation Suzuki Jimny.

New Suzuki Jimny SUV has passed krash-tests EuroNCAP and disappointed by professionals, received only 3 stars. This is a very disappointing result for a modern car.

So, during a frontal crash test with the displacement (frontal impact under angle) after hitting the Suzuki Jimny cabin was severely deformed. Especially around the door. Meanwhile, as experts say EuroNCAP, despite the serious body damage, the car protects passengers from injuries of the knees and hips. But, unfortunately, the new SUV bad protects the chest of the driver.

Including indoburma testing experts have established that the car is poorly protects the heads of rear passengers. In the end, this defense was recognized as weak.

But the worst was yet to come.

During the tests it turned out that the new car is not very high quality airbags, which when triggered, do not provide sufficient pressure. In the end, during the crash test the airbags were not properly restrained dummies. For example, the dummy sitting on the driver seat during crash tests bumped passing the airbag, and then head on the steering wheel.

With regards to the Autonomous emergency brake (AEB), she apparently also showed a weak performance in the tests. Particularly badly the system works during prevent hitting a pedestrian. Moreover, the system is triggered very late, even in daylight, not to mention the night trials.

In particular, the system is not able to properly and timely operate on cyclists and even reacts with a delay to other vehicles.

In the end, despite the aggressive appearance of the new SUV Suzuki Jimny, in fact, this machine with a deceptive appearance, and hardly able to reliably protect the driver and passengers.

According to EuroNCAP modern cars are required according to the results of crash tests to obtain higher safety ratings. But, alas, the new SUV was disappointing.

Weird one that the new generation of Suzuki Jimny is a modern product. But for some reason the Japanese do not give this model enough attention to security, took no measures in the design of the car, to improve the level of safety of the car. In the end, the new Suzuki Jimny’s safety rating is exactly the same as the old model.

I hope, after the crash test at the company Suzuki will accept all criticism experts EuroNCAP and improve the design of the machine in the near future. Otherwise, it is unlikely the Japanese can count on a good selling mini SUV in the European Union, where buyers often base safety rating EuroNCAP. 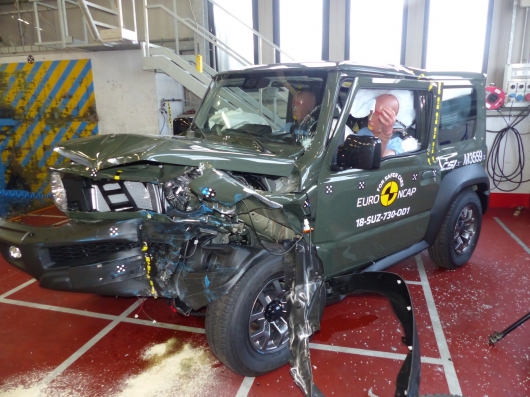 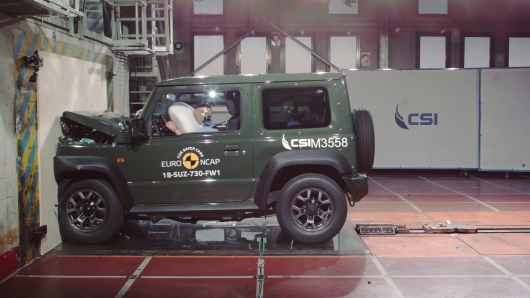 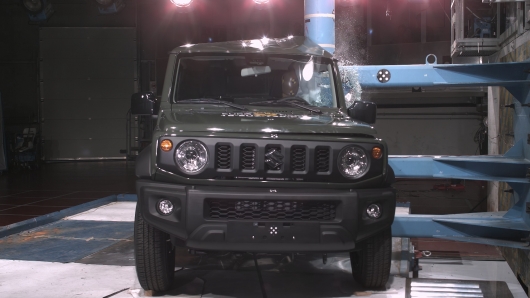 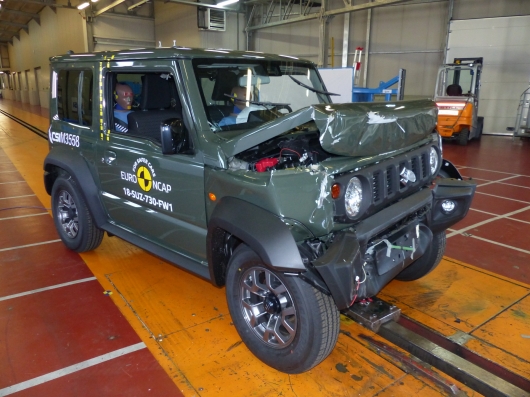 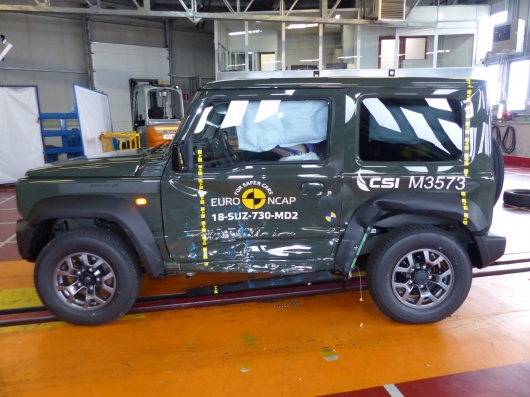