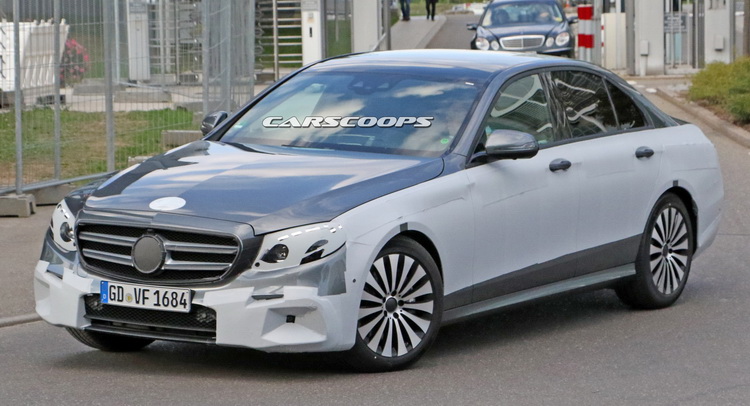 Stuttgart carmaker has long made ​​no secret of its plans  to replace late model sedan business class, which seemed to recently took place in the line and are very good as a well thought-out, balanced and beautiful car with a pleasing design, will appeal to all, without exception, potential customers .Whatever it was, Mercedes has already started the countdown to the moment when it will be officially unveiled the latest version of the sedan in a body W213. On the Internet there are not only numerous photos of camouflaged E-Class, but certain technological aspects of the specified data “4 doors.” 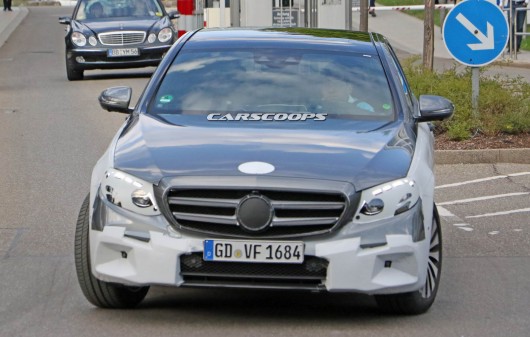 The fifth generation of the E-Class is one of the most advanced cars in its class in the market.  Offering a host of new safety systems under the name “‘Intelligent Drive Next Level”, which includes systems such as a system of aid driving to avoid sudden obstacles and even accidents, protect passengers during a crash and even mixing in the front passenger side of the door in the event of a side impact. 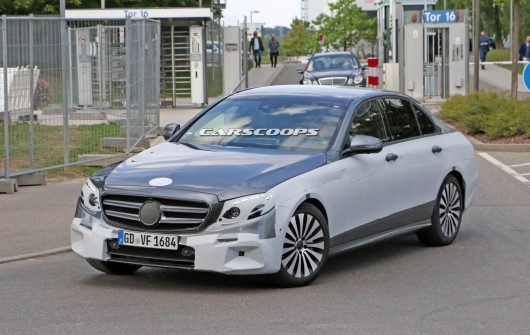 The new E-Class will be able to take even steep turns on motorways at speeds up to 128 km / h without danger to fly off the road, thanks to the steering system Steering Pilot, and the function Distance Pilot Distronic will allow it to maintain a safe distance from the front of the car at speeds of up to and including 200 km / h by means of new sensors and cameras.

One of the most important features of the new E-Class will be able to communicate the vehicle with the relevant new models, Car-to-X, which allows vehicles Mercedes share information about road conditions, weather, and many other nuances, making essentially the first step towards fully autonomous driving in future.

But that’s not all the important details on the safety and convenience of using a sedan currently known. The car park is autonomously without a driver by remote control. If the car finds a suitable parking space (parallel or perpendicular), you can go out and use a smartphone app to park the car remotely. Another trick is using a smartphone as a key. Mercedes-Benz  uses NFC (Near Field Communication), removing the need for a physical key, the function may not work even if your phone battery is fully discharged. 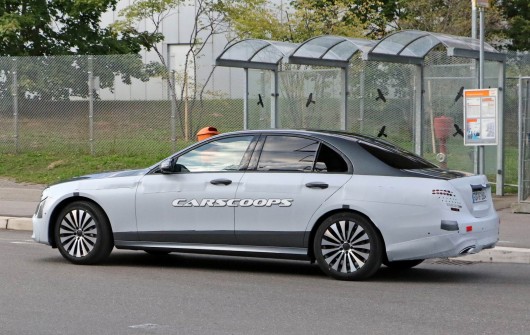 And this is just the tip of the iceberg tech, most of the systems and the most advanced and exciting updates are unlikely to be published by MB to the official presentation of the business sedan.

Mercedes-Benz is reportedly planning its launch in the middle of 2016, so it is absolutely natural that prototypes are increasingly to be seen by photographers and sedans tested each time will be less dazzle camouflage.

One of the last of the internet at our disposal were photographs which show in the back of the Mercedes W213 with minimum applied camouflage covers only the side, bumpers and trunk of the car. With the display of these photographs space for imagination expands and you can now examine in more detail the many nuances of the car.

Not surprisingly, most of the prototype borrowed from his older brother, S-Class. Something like we saw at the C-Class last generation, well, exactly in exactly the small S-Class. This is mainly seen in the trunk, the front part is a little “island” does not stray too far from the basic design of the brand.

The new E-Class, which will be sold as a 2017 model year car, benefit from the new, modular platform MRA, which will be its basis and allow to tip the scales in favor of low weight than was its predecessor, despite the large size.

Available novelty will be a rear-wheel drive layout, and perhaps a little later in the four-wheel drive version. Also, we can expect the return of a landmark six-cylinder version of the engine, which have been a trademark of cars Mercedes until the mid-1990s.

In addition to the most powerful and productive options AMG, which will be “fed” by a 4.0-liter V8, the new (turbocharged, of course) six-cylinder engine belongs to a new family units that are designed with ideas on the use of all product lines Mercedes-Benz. 2017 E-Class could be the first to get them, but this body will also put the three- and four-cylinder engines that will be used in the bottom row of the range of models of the brand. 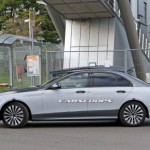 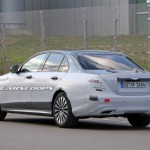 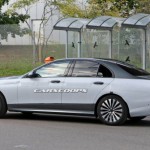 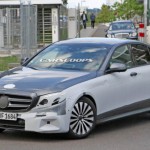 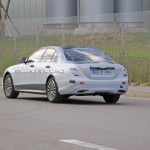 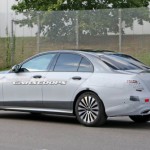 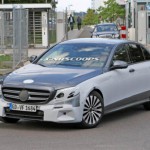 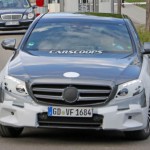 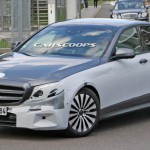