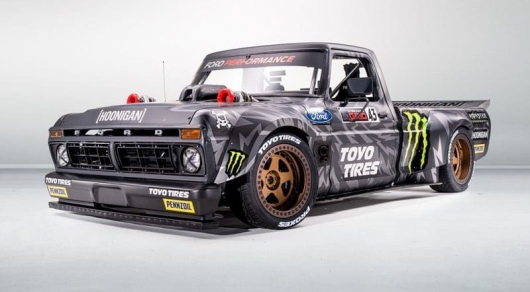 Perhaps some will be surprised to the fact that Ken Block wasn’t able to ride like he can ride now, since I was in diapers. Like all of us, he had to learn this kind of art. He just worked a little better than most, but in General the picture of success that does not change. So, according to legend, Ken engaged in the knowledge of the first steps to becoming as well-known racing driver in a pickup – car Ford F-150 of his father. Probably, this fact of the biography (truthful or not?) influenced the choice of the next car for tuning.

What you see before you is a new Hoonitruck – a future champion drift, which we’ll see in the next series Dzhimhany. The closest debut will take place in the upcoming Gymkhana part Ten. 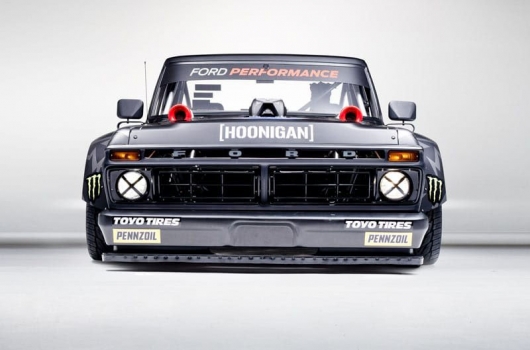 So, a racing car based on the Ford F-150, 1977. Perhaps the only thing that remains of the ancient Ford. Everything else was updated, and very serious.

Instead of a big old piece of heavy metal, which the car was equipped with originally, under the hood fell 3.5-liter EcoBoost V6 from the Ford GT with twin turbos. Interestingly, the choice of the racing team fell in the “easy” road version of the GT, which, frankly, would have been enough, but on a real race car Assembly with racing Le Mans, which produces juicy 930 HP (682 kW) and 952 Nm of torque! 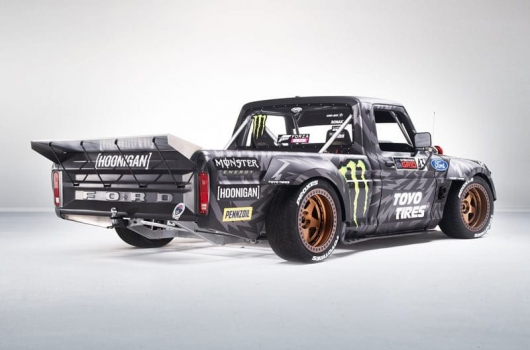 Thus, this figure indicates the presence of nearly four times more capacity than even the largest engine available for the F-150 pickup truck sixth generation. All the power is sent to four 20-inch wheels and Toyo tires through a specialized six-speed gearbox Sadev.

The body was moved by hand from military-grade aluminium (in contrast to the current F-150), suspension, it proved to be extremely underestimated, and a large rear wing that looks like it was borrowed from a pickup truck racing series NASCAR Camping World Truck Series (is it in the States). 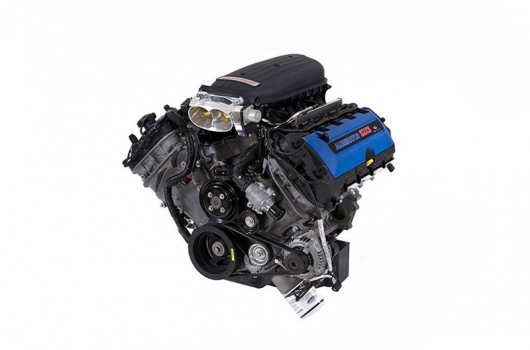 Please note, the truck even has a tow bar and rear camera, which can give us a clue about what the block has in store for us in his next series.

“This project worked for about 2 years, said Block. – I am very pleased with how it turned out, it’s just one of the coolest and unique cars that I’ve seen in a long time, and I think that it perfectly complements my Hoonicorn. Also crazy to throw in the skid something that size while driving in the style of Gymkhana. But it will look completely crazy on the screen that has been our goal from the beginning. Can’t wait until fans see him in action, I think he’ll like it!” 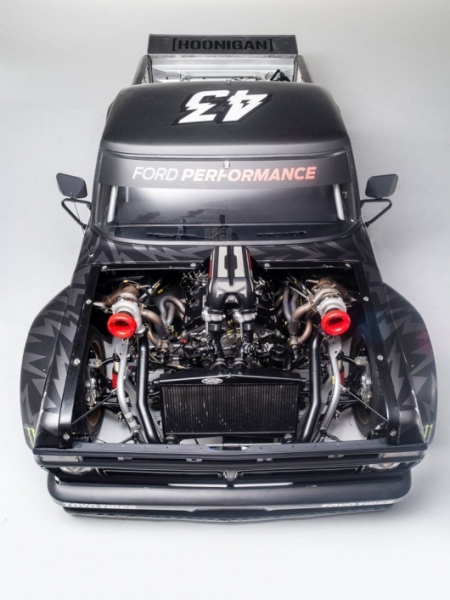 Gymkhana Ten (one-tenth of Dzhimhany) is scheduled to be aired on Amazon Prime December 7. On the 17th the video will be “flooded” on YouTube 17th. The truck’s SEMA show visitors will be able to see personally at the stand of the Toyo Tires in a few weeks.