New petrol and diesel engines for Mercedes S-Class of 2017

The new generation of Mercedes engines with innovative technology. 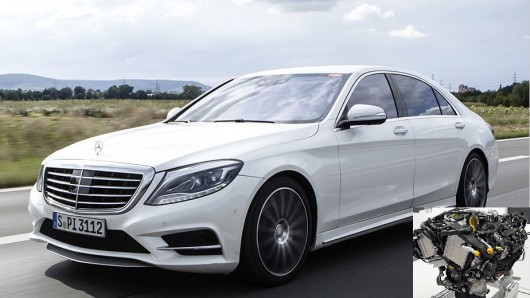 Innovative? How can you call petrol and diesel engines of innovation? Many environmentalists, experts and other participants of the market probably wondering. But it’s true. The company Mercedes has unveiled a new engine with innovative technology for the updated S-class, which will be produced from 2017.

Weird? But what about electric engines, which probably says everything. After all, according to experts and according to the plans of a number of leading countries of the world, the days of the internal combustion engine are numbered. This is partly true. But there is one thing. In the coming years the mass market for electric cars is not expected. 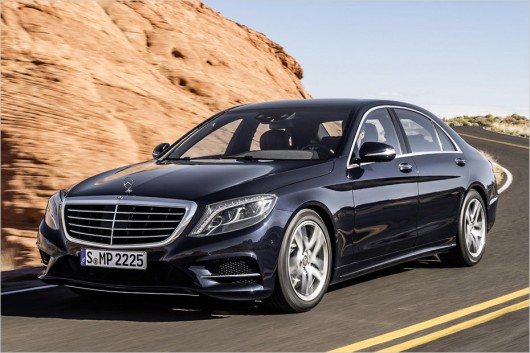 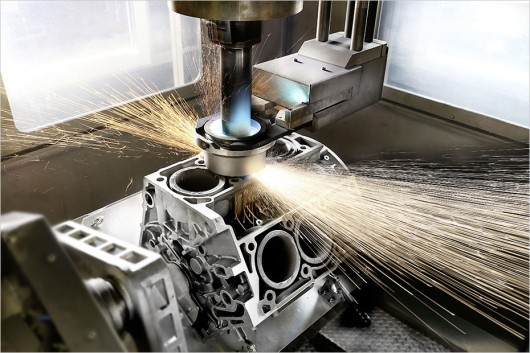 All new Mercedes engines covered by part reducing the friction (Photo: the Process of coating with arc wire spraying LDS)

This is why Mercedes continues to develop new petrol and diesel engines for its future models.

In the end, the company Mercedes has unveiled five new engines of the internal combustion engine that may be installed on cars S-class in 2017. 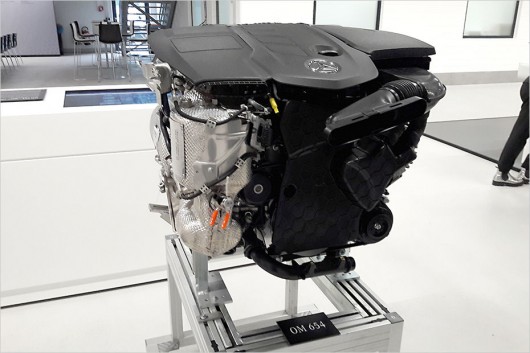 Naturally, all new engines Mercedes 2017 become even more efficient and more powerful than their predecessors. However, in order to achieve these technical results, the engineers applied when designing powertrains are completely different technologies. 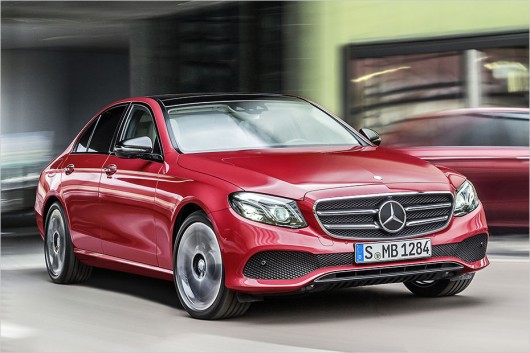 A new generation of engines Mercedes has a Mercedes E-class – E200 model D.

In fact, the new generation of Mercedes engines start to be introduced in the spring of 2016, when the German brand unveiled a new two-liter diesel engine for the E-class. This engine consumes 13 percent less fuel than the previous powertrain. The increase in efficiency of the diesel engine managed to achieve due to the smaller unit weight of the power unit, reconfiguring software of the engine control unit and also by reducing friction in the cylinders, thanks to a new special coating “Nano Slide”. 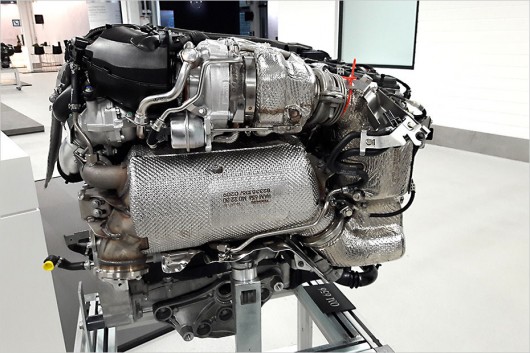 The new six-cylinder engine for the S-class referred to under the symbol OM 656, in fact, represents an enlarged version of the four-cylinder motor for the E-class, which was presented at the beginning of the year 20016.

A completely new six-cylinder diesel engine Mercedes, which will be installed on S-class, 2017, has a capacity of 313 HP Recall that the same engine of the previous generation were given only 258 HP 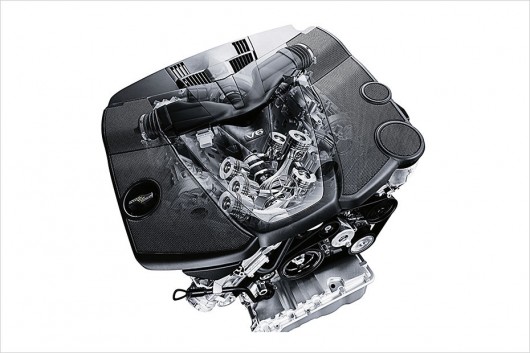 This motor uses the same monoblock technology for emission control, which is used in four-cylinder power units mounted on a 2.0 liter four-cylinder diesel E-classes. 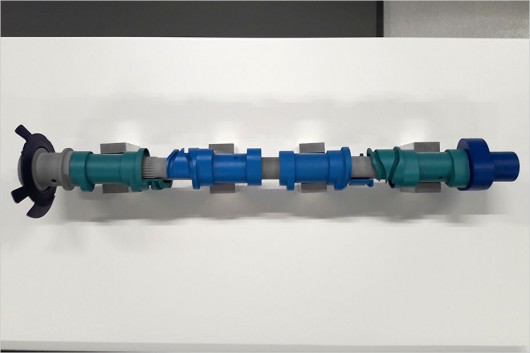 For example, in a six-cylinder diesel engine, the Mercedes engineers have installed the CAMTRONIC system, which was previously used only for small power units. This system reduces the time of opening the intake valves on a small engine speeds, which significantly saves fuel. 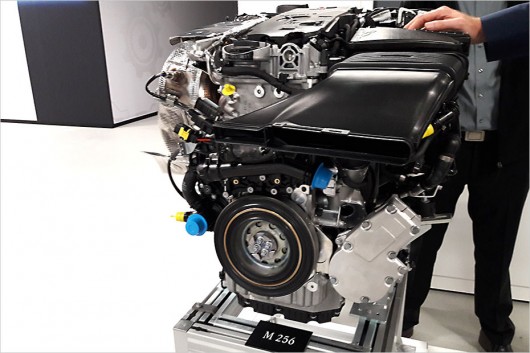 The new petrol engine, Mercedes is now working in the new 48-volt outlet

Undoubtedly, the main attention of experts and those interested in the new engines of Mercedes, should be focused on new diesel engines. Especially interesting V6 petrol power unit M256 , whose power will now be 408 HP Torque over 500 Nm. This was possible thanks to the use of technologies that previously, the company Mercedes has used only gasoline V8 engines.

Through innovation, the engineers managed to reduce the fuel consumption of the new six-cylinder engines M256 15 percent, compared with the previous power units, installed on the Mercedes S 400 (power 333 HP). 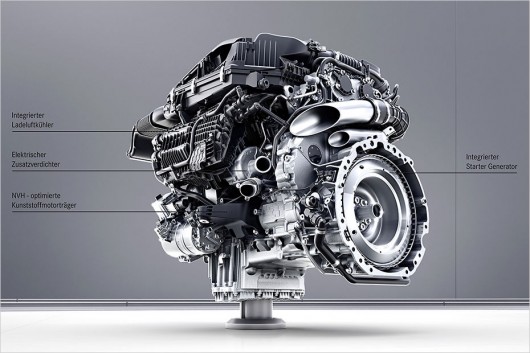 By the way in a new engine between the crankshaft and gearbox has a motor power of 20 HP.

In fact, it is integrated with the node representing the generator and starter in one component (ISG). That is, when needed, the electric motor works as a starter and helps the engine to achieve maximum torque at the beginning of the acceleration that gives the car maximum traction at low revs.

Also, this node can operate as a generator, feeding a number of important car equipment. The electric motor is powered by the energy generated by braking, which comes in a special battery. 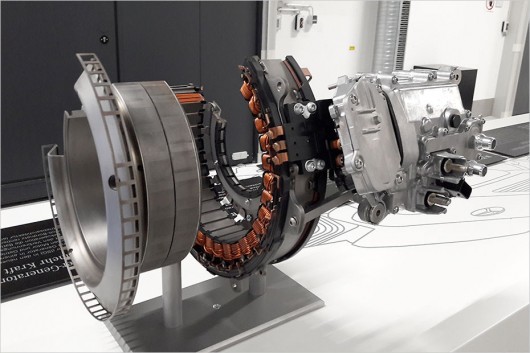 Ring motors of 20 HP can help the engine to achieve maximum power at high speeds, and also as a generator to feed the electrical components of a car

As we have said, the electric motor, which is a hybrid starter and generator, powered by special battery. This is a new battery of 48 volts. This allows you to keep more of the required energy. In fact, in some versions of the Mercedes S-class of 2017 appears PoE 48 volts, which will replace traditional 12-volt electrical system.

In addition to increasing the capacity of the machine, the ISG motor drives the air-conditioning compressor and oil pump. In the end, this system managed to give the power to those elements of the car due to the engine torque transmitted, traditionally, with the belt drive. This is a huge achievement, as the rejection of the drive belt actually started the disappearance of the distinction between conventional engines and hybrid systems. 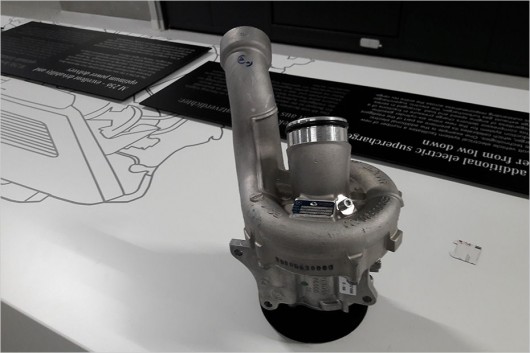 Integrated electric motor, which is a hybrid starter and generator also feeds into the new engine Mercedes electric-assist turbocharger, which eliminates turbo-pits (turbo lag) during acceleration. Recall that this technology eliminate the turbo s is on the Audi SQ7 crossovers. 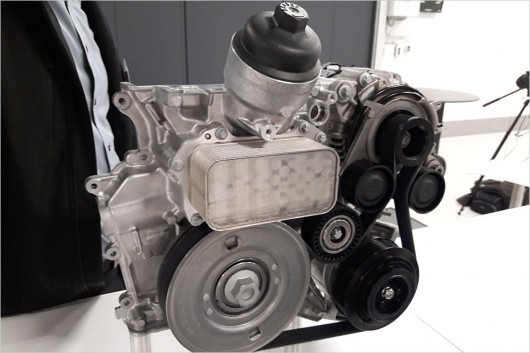 Apparently, the company Mercedes has decided in the next few years to surprise unreal technologies that actually extend the life of engines of the internal combustion engine.

And so Mercedes introduced the new petrol two-litre turbocharged motor M 264 which also has an integrated starter-generator BSA, which is a electric motor. However, in contrast to six-cylinder engines that have an electric motor ISG, four-cylinder engines starter-generator connected to the crankshaft by a belt drive and compactly located between the engine and transmission. Nevertheless, despite the differences in design, the advantages and efficiency of the new engine is not affected.

Moreover, engineers as a boost use a technology called Twin-Scroll (dual-scroll turbocharger), which allows to achieve a power output of about 100 kW per litre of engine capacity.

For comparison, this corresponds to a model E320 coupe with the previous generation V6 engines. But compared with the predecessor, the new motor M264 consumes much less fuel. 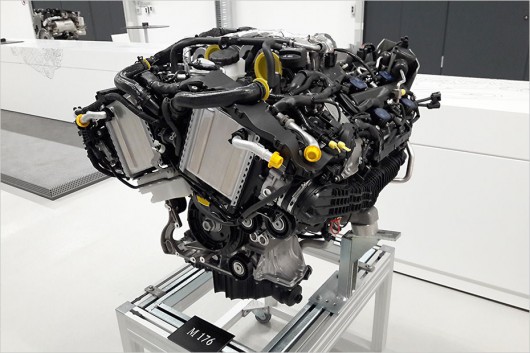 The last new engine that introduces the Mercedes is a powerful V8 Bi-turbo AMG powerplant capacity of 4.0 liter capacity of 476 HP with a maximum torque of 700 Nm. Code name M motor 176. 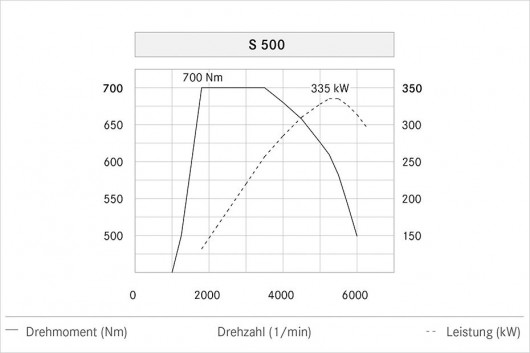 The new engine will replace the 4.8 liter V8 engine with a power of 455 HP Despite the increased power, the new 4.0 litre eight-cylinder engine is 10 percent more economical than its predecessor, the 4.8 liter.

This became possible thanks to technologies CAMTRONIC system (optimization of opening and closing of the valve), which is used in six-cylinder diesel engines. In addition, the new eight-cylinder engine for fuel economy, a system of deactivation of cylinders (turn off the second, third, fifth and eighth cylinder). This mode is only active in mode “Comfort” and “Eco” at 3250 revs per minute. 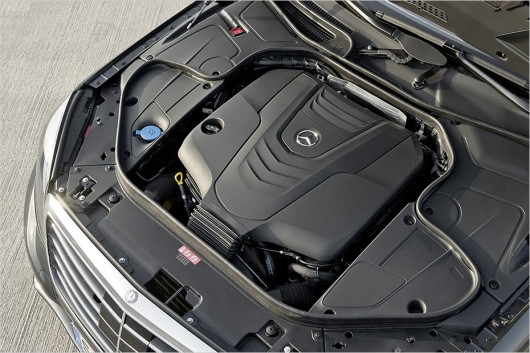 Each new motor Mercedes features a variety of different technologies that made the power units more powerful and much more economical than their predecessors. On average, each engine was 5-10 percent more cost 5-15% more powerful.

The most effective to date is a diesel engine capacity of 258 HP, which is installed at the moment on the Mercedes S350 d. So this model has an average fuel consumption of 5.3 l/100 km. path.

The new six-cylinder diesel engine that will be installed on the S-class, 2017, will consume less than 5 liters per 100 km.