The most prestigious new among SUVs until 2022 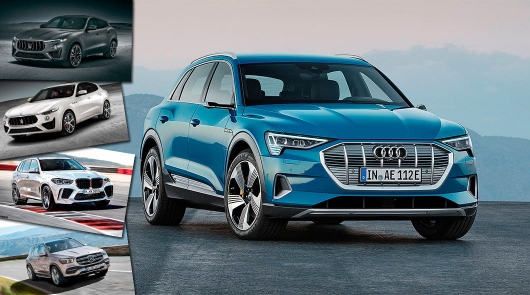 Even in the class of luxury cars, the share of SUVs is increasing, so motorists are crazy about them. Introducing the all-new model crossover vehicles and city SUV until 2022 – Jaguar J-Pace to the new Mercedes GLE!

And so, the trend remains unchanged, car manufacturers continue to produce SUVs, and motorists do not stop, they are actively purchasing. Interestingly, the number we are talking about top level. Have the manufacturers not to ignore the demands of the clients and update their portfolio, even in the upper segment. Many models are already replaced by newer versions, others are just ready to upgrade.

Technology is also not far behind, going ahead by leaps and bounds. Electrification is increasingly widespread in the higher echelon of the class. Recently blow the competition struck the Audi, again reminding about his cool electric car “e-tron”. Like other rivals, a new electric SUV from Ingolstadt has great capacity inside, high power and luxurious design. Alas, the price of the electric car dream is certainly not for everyone. However, here the Audi is not alone, on the contrary, all the new things you will see now are of high value and proven design. 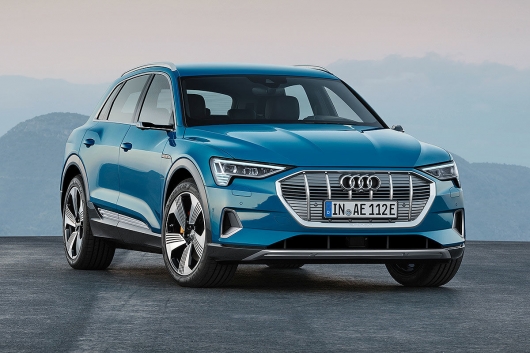 Let’s start with the Audi. Size, model “e-tron” located somewhere between the Q5 and Q7, so it can actually be called a temporary substitute Q6. External characteristics, in addition to a nice blue glaze, which painted the body, especially the very distinctive front radiator filesresearch vertical struts. Although, it would seem, why electrocare front intake? Just a fad! 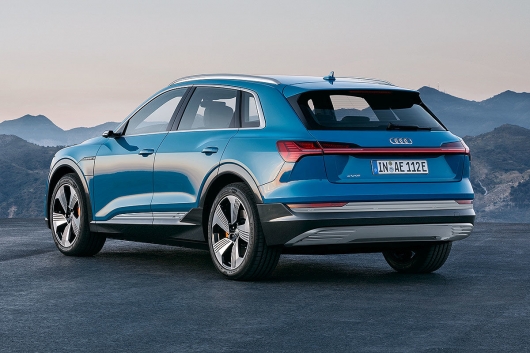 The range per charge should be more than 400 kilometers in a cycle WLTP. Two electric motor power 300 kW (408 HP) with 660 Nm of torque accelerates the SUV to 100 km / h in less than six seconds. Read more about the new electric SUV: Audi e-Tron electric SUV, which is better than Tesla Model X 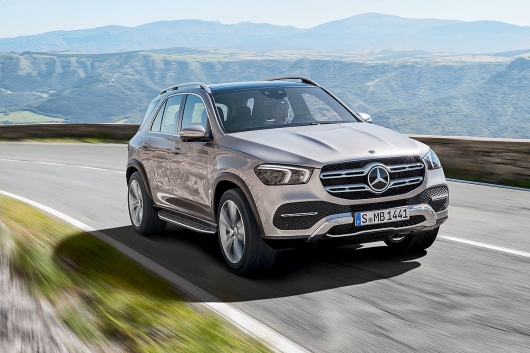 The second and very important luxury model, this time from Mercedes, will appear from official dealers in the following year. Much more sporty version of the legend (at least in appearance) among crossovers – Mercedes GLE will come to market at a price of 65 thousand euros (5 million rubles).

You can of course have different attitudes to such a kind of appearance, a matter of taste, but that certainly doesn’t take away from Mercedes, so is technology. 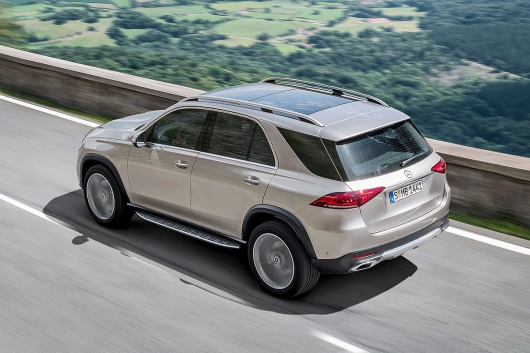 In the GLE uses the current entertainment system MBUX, which provides a horizontal orientation in the top part of the dashboard from the dashboard, the screen of the infotainment system. In addition to the touch screen system can also be controlled with gestures. 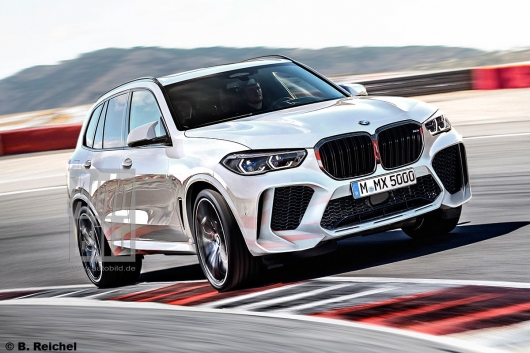 This year BMW has clearly stated that it is time to change something, and immediately introduced a luxurious mid-size crossover: breaking news: BMW officially unveiled X5, the fourth generation [Photos]

It will take not more than a year, as the model will get a sporty version of its most popular SUV. BMW X5 M is likely to continue to exploit the 4.4-litre V8 with two turbines, which will provide a total of 600 HP, as the new M5 sedan. As you can see, the Bavarians continue the tradition, using the universal “weapon” – the V-twin engine in different car models. 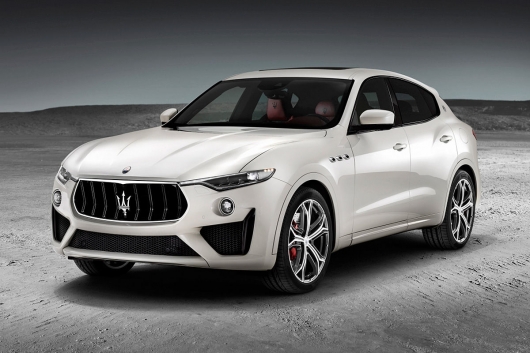 Maserati Levante GTS is one of the most serious future competitors Porsche Cayenne Turbo. Italian will come with 550 HP under the hood, and its acceleration to 100 km/h of 4.2 seconds. The maximum speed of the Maserati – 292 km/h For a crossover very good result, isn’t it? 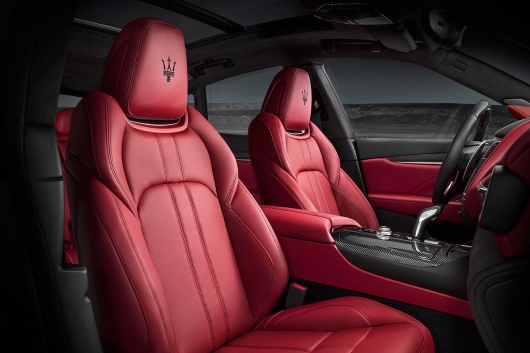 The main change to summer 2019 revised chassis. Levante GTS comes with a salon genuine leather “Pieno Fiore” is already in a base complete set, fresh infotainment and audio support Harman&Kardon. For a surcharge, the first time Levante will be available with matrix led headlights. 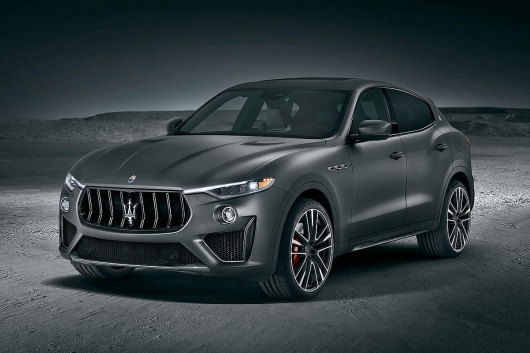 In the new top-end crossover Levante there is the prefix Trofeo and it’s a very powerful model. Its 3.8-liter Biturbo V8 production Ferrari develops 590 HP with 730 Nm of torque. 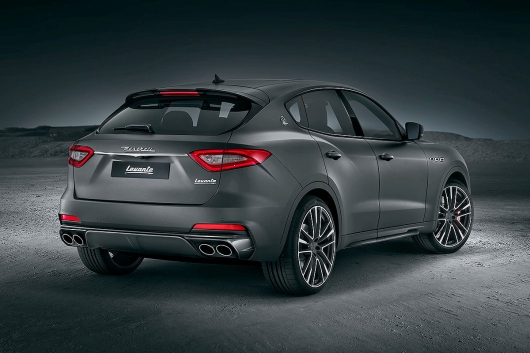 With the help of Launch Control, Trofeo accelerates to 100 km / h in 3.9 seconds and its top speed is 304 km/h. Learn the top version of the model can be a very large air intakes and 22-inch wheels.

The first delivery of SUVs for the customers will only be available in matte grey color. Closest rivals Levante – Porsche Cayenne Turbo, Mercedes-AMG GLE 63 and the BMW X5 M. 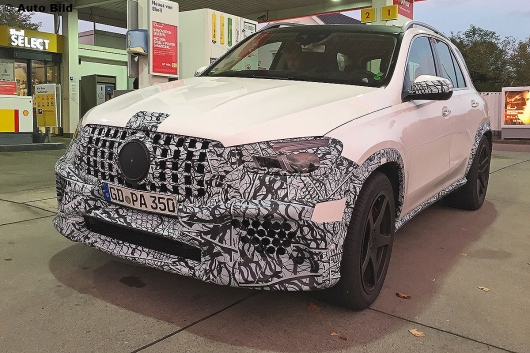 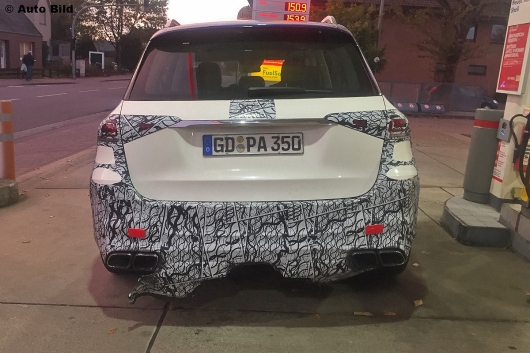 Mercedes-AMG was designed to give a serious rebuff to the BMW X5 M is sure! Under the hood uses the well-known four-liter V8 Biturbo that delivers up to 612 HP looks to be identical to the “civilian” version of GLE, except for the bumpers and some minor interior and exterior parts. 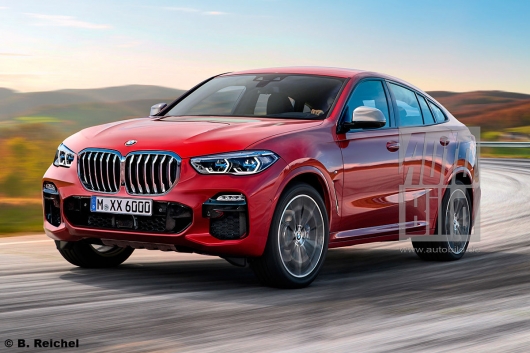 As X5 and X7, and also their nearest relative – X6 will get a huge “nostrils” radiator fallcreek. Muscular appearance remains in the style of an SUV-coupe. Luxurious SUV will appear next year. 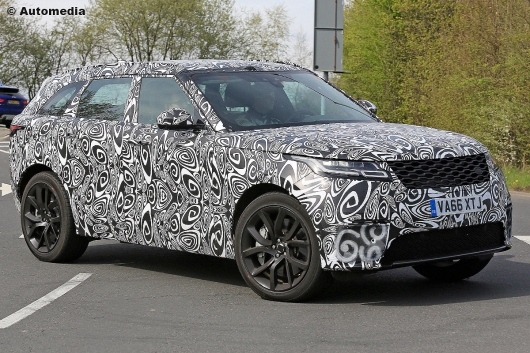 SVR – a sports variant of the Velar. Large air intakes at the front hint that the Range Rover will get a very powerful engine. There is an assumption that we are talking about a five-liter V8 from the big brother – the Range Rover Sport SVR. The performance is a little low – about 500 HP 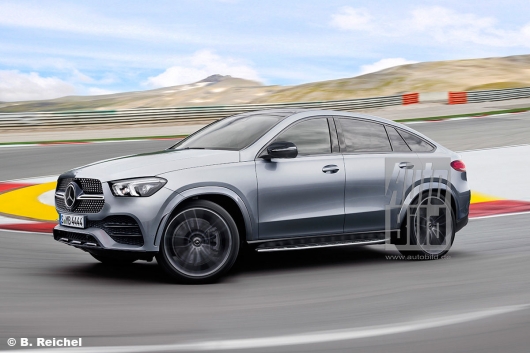 A lot has changed with the advent of second-generation GLE Coupe, especially if we are talking about the front of the car. The first thing that catches the eye more than soft its shape and new lights.

The back “four-door coupe”, it seems, retains its old proportions. But the rear lights and a new fifth door also dilute the usual style of crossover. 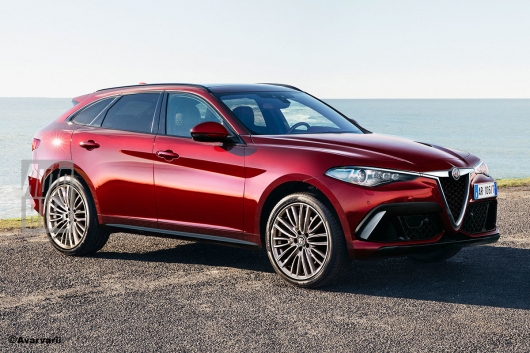 Alfa also wants a piece of the pie elite family. To do this, they stretched stretched Stelvio to 4.90 meters, increased the space for a third row of seats. And 200 pounds of extra weight was compensated electric 48 – volt system and an electric turbocharger. 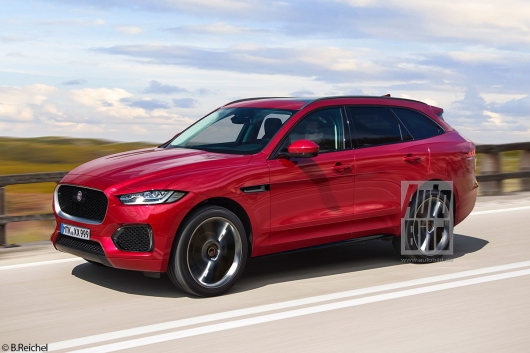 J-Pace can be, as a 5-seater crossover, so to get an additional two seats in the third row. What engines will stand on the SUV is still unknown. But we can definitely assume that in addition to the internal combustion engine of the Jaguar will also bring the plug-in hybrid option. 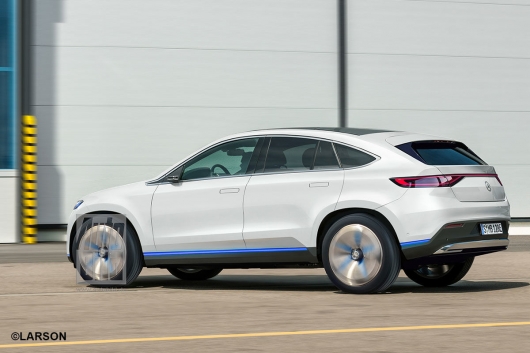 Crossover from Stuttgart is scheduled in four variants: the entry-level model will be equipped with 60 kWh battery, with a capacity of not less than 140 kW, most powerful top version will get a tremendous return in 640 kW and the battery capacity of 110 kWh!