New Hyundai Creta: listening to the voice, petrol or diesel to choose from, but only front-wheel drive 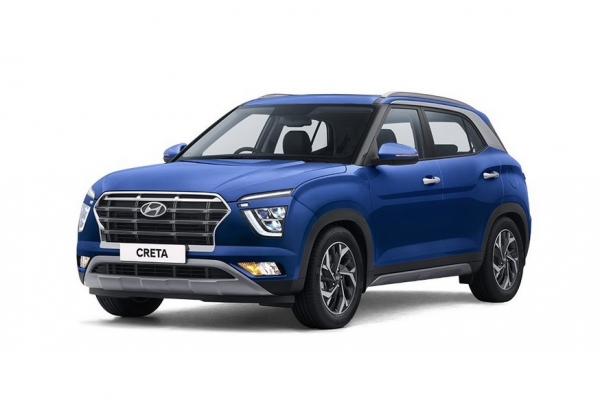 SUV the second generation launched in the Indian market. There the novelty is available with three engines to choose from, who got it from family Kia cross Seltos.

Compact crossover Hyundai has replaced a generation last year, the first such model was the Chinese, “their” SUV ix25 has index. In February 2020 showed a new SUV designed for India, under the native and for the Russians the name of Creta, and then in the Hyundai without details. Orders cross in India began to take a couple of weeks ago, but only today had a full presentation and launched a “live” sales.

Externally Crete in General copies of the Chinese ix25. Thus, the Indian SUV also got a tiered head optics (located on top of daytime running lights under it blocks the main lights below fog lights), rear lights made a two-storeyed, and on the boot door there was a strip stop signal. The difference – a new design of grille, the other disks Yes, the label with the model name on the rear license plate. In size the new Creta coincides with the ix25: the length is 4300 mm, width – 1790 mm, height – 1635 mm (with roof rails) wheelbase – 2610 mm (the size of the previous Indian Cretu: 4270/1780/1630 mm, wheelbase – 2590 mm). 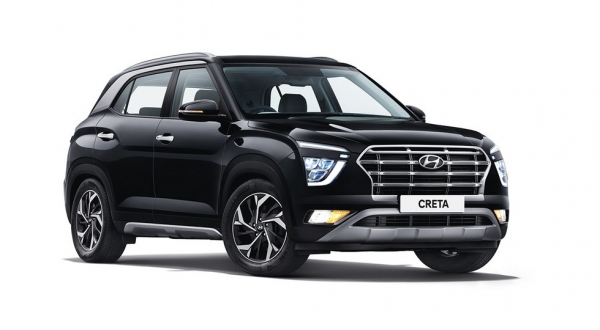 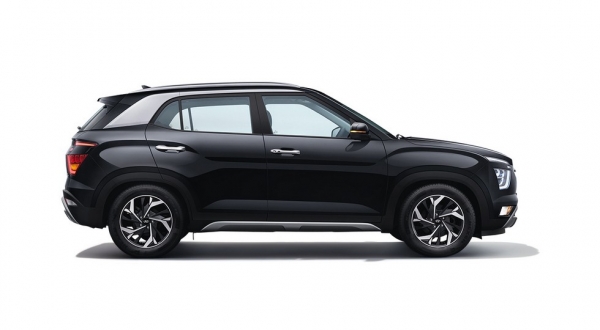 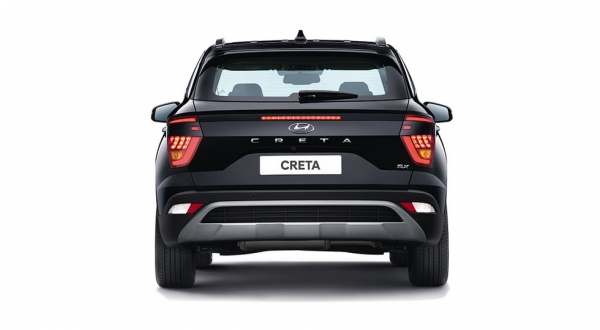 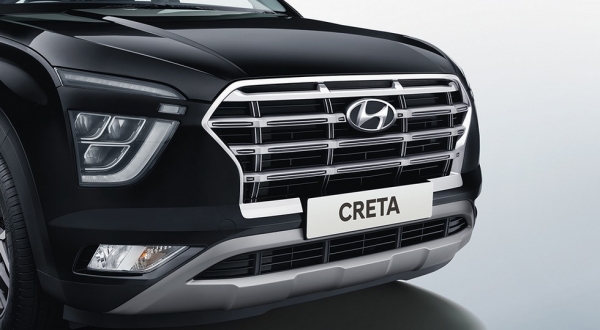 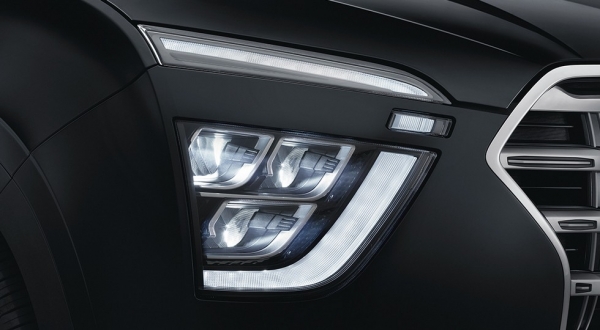 And I have a crossover destined for India, your, there’s different front panel (with vertical air vents on the sides) and the steering wheel. Flattened on the vertical Central console touchscreen multimedia system, like the Chinaman, the Indian SUV has not got, instead, set traditional tablet with a diagonal of 10.25 inches in the “top” vs 12.3 inches from the ix25 (in medium configurations from Creta 8-inch screen). Even Crete has got a display in the “clean-up”, which brought a digital speedometer (the ix25 instruments are completely virtual), but it is the prerogative of the top-end version.

In the “base” of the Indian Creta has a pair of airbags, rear Parking sensors, air conditioning and a cooled glove box. Dearest crossover, in addition to the “media” with a large touchscreen display in front of the driver, based on: the side “airbag”, curtain airbags, led optics, cruise control, climate control, rear view camera, panoramic sunroof, wireless charging for smartphone, Bose sound system. In addition, in cars with automatic transmission has the washer Traction Control Mode, changing the settings mode traction control system (“Snow”, “Sand”, “Dirt”). 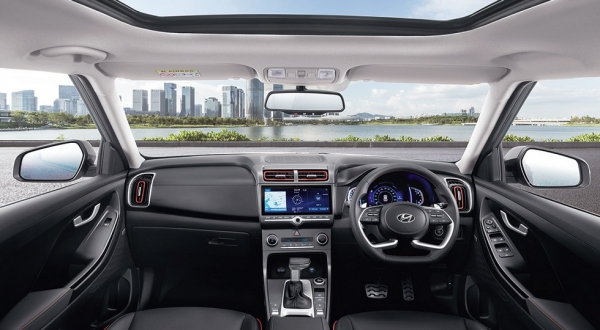 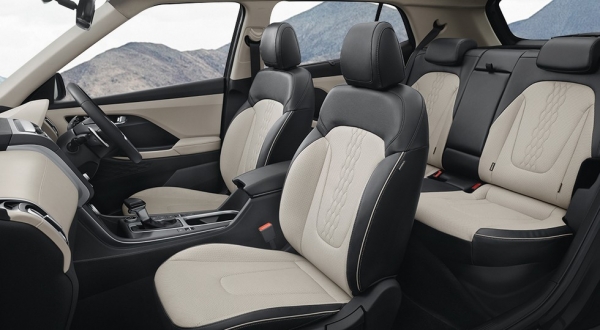 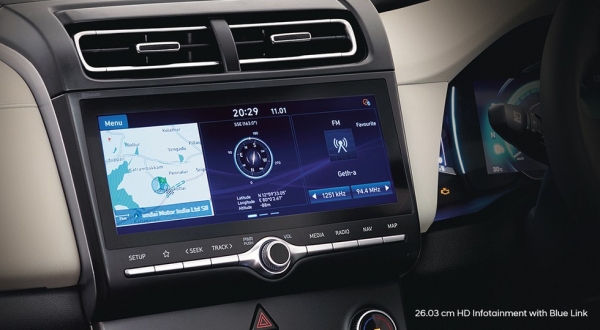 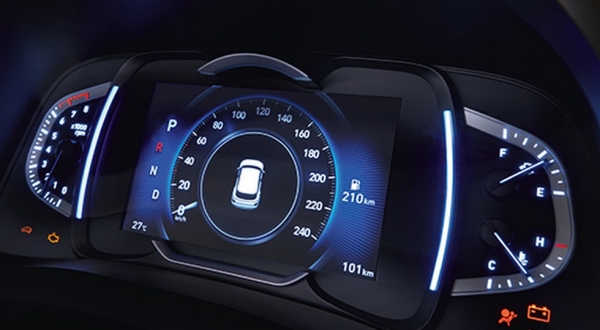 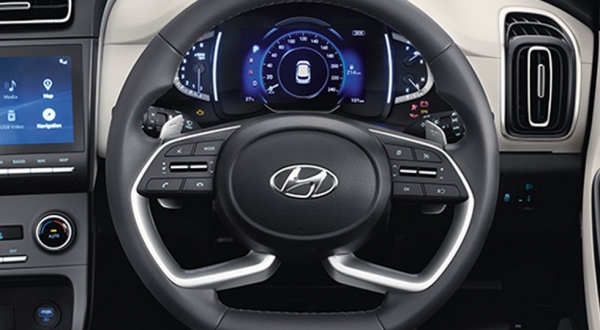 And the top cross has a Blue Link technology, thanks to which some functions can be controlled by voice (e.g., open/close the sunroof, set the “climate”). You have the ability and remote control with “smart” hours, you can start the engine, unlock/lock the car, set the temperature, plus get information on the location of the crossover.

As expected, the engine range of the Indian Hyundai Creta shared with related local Kia Seltos: this is gasoline “aspirated” 1.5 (115 HP) and “turboservice” 1.4 T-GDI (140 HP), plus diesel 1.5 CRDi (115 HP). From Crete, both a-liter engine combined with six-speed “mechanics” (in Sentosa with 6МКП friends all motors), gasoline still is paired with a CVT, and the diesel – with classic six-speed “automatic”. The 1.4 turbo only comes with a seven-speed robotized transmission with two clutches. All-wheel drive the previous Indian Hyundai Creta was not the model of the new generation 4WD version also has not got, because the demand for such cars in India is low.

As before, the Indians are machines available locally. Basic Crete with the change of generations is not increased – 999 000 rupees, equivalent to approximately 988 000 rubles on the current exchange rate. But now the cross is available only with a diesel engine (the previous model in the “base” had a gasoline engine). For top-end SUV (available with any engine) will have to pay 1 720 000 rupees (about 1 701 000).

In Russia, the new Creta this year can’t wait: until we have such a model gets, at best, in 2021-m, as “Wheels” said the head of the Russian division of Hyundai. Besides, our following Creta may be your design (both exterior and interior), and four-wheel drive versions in Russia, of course, will be. In the meantime, the Russians proposed a slightly refreshed crossover of the first generation.