The first two models from Volvo and Ford, also notable for the fact that will be sold in Russia, so our buyer is especially important to look at the possibilities for the protection of passengers of these two foreign brands.

The result of all the three cars were at the height. Five points has deservedly received as electric car and a crossover with an American hatchback.

Showed the highest score in adult protection occupant – 85% according to the estimates of EuroNCAP.

Child aged 6 to 10 years, located in the holding device on the back seat protected with maximum efficiency. In the event of front and side impact, danger to life and health of a minor participant accident have been identified.

This high level of protection of people inside of a hatchback became available thanks to numerous safety devices, which included:

Protection from side impact

Side airbag for head protection

Side airbags to protect the chest

Side airbags to protect the pelvis

Work electronic assistants was estimated at 75%, which means that systems work smoothly, and really help to avoid larger troubles.

Do not forget the engineers of Ford and the pedestrians. For their protection, the model is:

The system of Autonomous emergency braking (AEB) to pedestrian protection

The system of Autonomous emergency braking (AEB) to protect cyclists

Thanks to the pedestrian in 72% can feel safer.

The standard of all three tested models, of course, the Swedish crossover. Data speak for themselves: 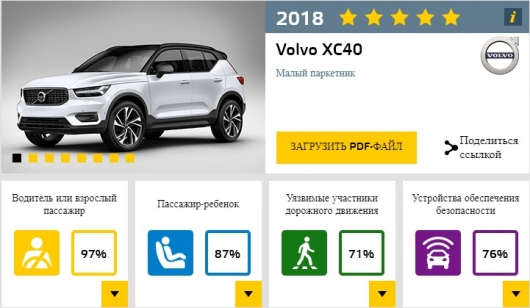 The driver and passengers protected 97%

A juvenile passenger in 87%

For pedestrians it turned out 71%

Numerous security system worked out at 76% (quite a high score)

Crash test showed the following results for the electric vehicle: 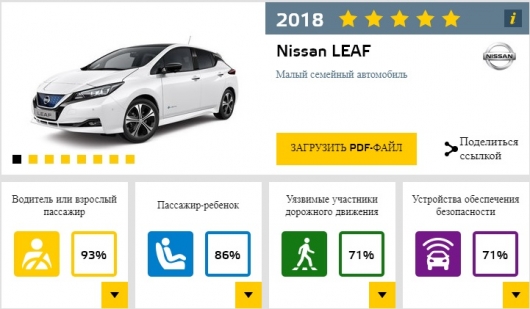 Here is how to carry out the crash test video: