What new car knockoff made in China in 2016? 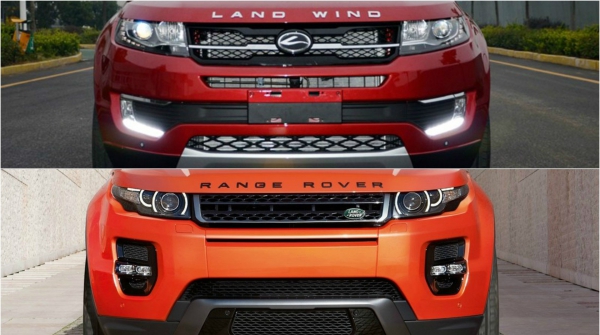 The automotive industry in China is booming, and manufacturers such as VW and General Motors are experiencing more and more competition pressure from the domestic automobile brands. Various Dongfeng another motley company of Chinese auto companies, and automakers release new and even more new models. Some of them shamelessly automakers “copy” from their foreign colleagues. See how this state of Affairs in 2016. Replenished the army many fakes new members.

Dongfeng, Changan, Zhi Dou – no, it’s not the menu at a Chinese restaurant in the neighborhood, but the list of the most popular in China road proposals. Contrary to the statements of many foreign automotive industry in China is booming as never before.

About 21 million vehicles were sold only in 2015! By the middle of 2016, the sales volume increased by 9.5 percent. The market need to satisfy. Chinese consumers are quite accustomed to foreign high quality models of cars. But also car owners from China love cheap goods. Hence the dissonance. How to make beautiful, technologically advanced machine cheap?

Do your own research? No, because the price tag fails to hold. To bring from abroad – even more expensive. To allow foreign car manufacturers to set factories direct in China? Option… But it’s better just to do the outside similar copies for the domestic market. Kill several birds with one stone, cheap, practical, this product will always be a steady demand, and they are easy to manufacture. What comes out of it, you can see in the gallery. The pictures of the most egregious Chinese copies of the most famous models of cars.

It’s not the BMW i3 as you might seem. Despite numerous similar stylistic devices, like rear window with integrated lights or black contrasting body panels this Chinese clone still cannot be called a BMW.

Another model from Zotye, SR8. You have the power? The feeling that before you is the Porsche Macan? Perhaps only in appearance. Inside it’s all the same Chinese, with well-known flaws, the technical difficulties and vulgar interior design.

The lack of relevant laws does not allow Porsche to fight plagiarism.

Currently especially popular in China SUVs such as the Haval H6. He was among the leaders of sales in China. The secret of the popularity of the crossover was in the people’s name in the local market it is known as the Chinese Tiguan that perhaps the Chinese should mean reliability, beauty and high quality guarantee.

This is not a Volkswagen Passat, Dongfeng Fengshen is the A9, which is seen as a competitor for the German local Chinese market. I think once the car is done in the style of a sedan of Volkswagen, and the internal technical part was copied from there? Whatever. The sedan constructed on the basis of… Citroen C6. Here’s a hodgepodge.

For fans of the SUV Dongfeng prepared and SUV model under the romantic name Fengguang 580. Recently, this crossover came to the Chinese market. Under its hood is a 1.5-liter 150 HP engine. For the manufacturer this is the first car in the segment.

In China and sold ride not only Chinese fakes, but the original versions of foreign cars. BMW has released the extended version of crossover X1 specifically for this market.

In the same way they went in the Volkswagen, and developed a long-wheelbase version of the Tiguan. From other original models for the market, which will have to fight for a place under the Chinese sun, who came from Europe will be…

…VW Bora (aka Jetta in other markets), who survived the restyling in 2016…

… VW Lamando, a minimalist style or luxurious Volkswagen CC version of the Jetta, whatever you like.

Audi came with an unusual model A6L in the back of a pickup truck. For the workers of China. The model combines elegant design and practicality of a truck. All of the best of cars and pickup.

And again for plagiarism

The knowledgeable viewer to quickly calculate what the car was borrowed appearance Landwind X7.

Of course, the donor was a Range Rover Evoque. Because of the apparent similarities, the manufacturer has attempted to sue the arrogant competitor, to no avail.

The craving for crossovers is viewed by many Chinese automakers. If we copy, so copy op full, adopting the global trend. Bright representative – JAC Refine S2.

A self-contained crossover Quoros 5, the first Chinese-SUV in the compact class, the competitor to the BMW X3. Unique in that it is not plagiarism.

A large and very beautiful model of the brand Cowin from automaker Chery, however, is new to the Chinese market to be reckoned foreign manufacturers.

Competitor Volkswagen Amarok – Changan Shenqi F50. Pickup vigorously plagiarized the interior of the Volvo S80, but it is not a coincidence, as the manufacturer works closely with colleagues from Sweden. 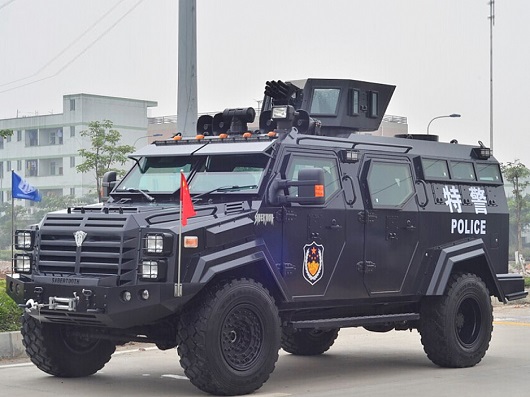 Every power on in a modern country needs to be powerful armored police vehicles, time now not calm on all continents. The terrible armored special purpose “Sabertooth” made specifically for this purpose. There are assumptions that it is based could lay down the elements from the Hummer.

It is… the Chinese concept cars, at least we assume it is the concept cars. Scary to think what may be a serial machine, built on its basis. Features of this rickshaw, it is made on a 3D printer. The weight is only 500 kg. Printed by his company Sanya Sea 3D High Technology Corporation.

Green Chinese technology. This small car runs on electricity, is ready to accelerate to 88 km/h.

The absolute opposite of environmentally friendly electric supports Lamborghini Huracan Zhong, “cheap” version of the Huracan for the Chinese market…

Another car-class luxury Rolls – Royce Ghost, a long-standing love for the super-rich Chinese. Half measures these comrades do not recognize, only Special Edition, only hardcore!

The Japanese also don’t forget about the China car market, Nissan and Mazda are trying to offer quality at a reasonable price. Lannia just like this for the future.

Mazda CX-4 is also involved in the race.