The most reliable and unreliable cars in 2018 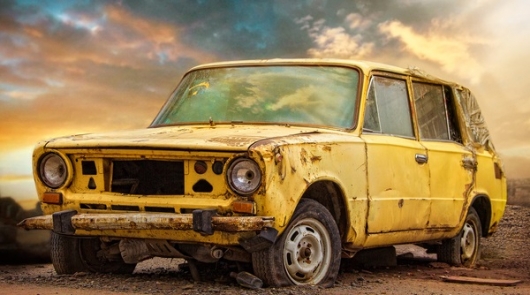 Almost a month has passed since the whole country and the whole world celebrated the New year. Yes, 2018 came to a logical ending, but not all the final results, still connected. For example, an interesting study published CarPrice. In the next year, the largest domestic auction show and tell about the best and worst used cars the most running age group: 3-5 years.

Because in the hands of experts-auctioneers, there are tens of thousands of cars annually (by December 2018 the number was 128.692 passenger used car), they know exactly what the flaws of the machines to pay attention in the first place and from year to year attract a large exclusive database.

For example, in 2018, through the hands of the company has been more than 25 thousand cars and it is only in the most popular age segment is from 3 to 5 years. Based on the inspections of these machines was ranked the best and worst used cars 2018.

We briefly recall that the method of inspection is thoroughly verified, and every car before it is put up for auction has passed the inspection for the four main parameters: “Body”, “Salon”, “Technical condition” and “contributing factors”. The data obtained sistematizirovat and the vehicle is assigned a certain number of stars.

This includes the models with the highest scores on a scale of “technical condition of the units”. 200 the parameters have been estimated, the motor, transmission, electrical, electronics, and suspension.

As can be seen in favor of the bonus “Japanese” that in the opinion of the workers CarPrice not surprisingly, the reliability of Japanese cars above all praise (so far). Also in 2018 the third place in reliability suddenly occupied… Land Rover Discovery Sport. This is really an unexpected twist!

Preservation of the body-2018 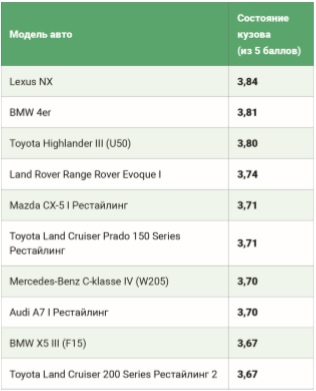 No matter what anyone said, but the main part of the vehicle is the body. The rotten basis of the car even in good condition can be sent to the trash. The best on this indicator in 2018 for the preservation of the body became the Lexus NX. Second place – BMW 4-Series. Closes the three leaders of Toyota Highlander third generation.

“On the preservation of bodywork of a used car affects not only the quality of the hardware and the LWA, but also the driving style of its owner. Some cars provoke aggressive driving and, as a result find themselves in various accidents. Others – persuaded the owner to measured movement,” they note in Cabris.

The rating would not be complete without antiliderov.

The least reliable cars of 2018 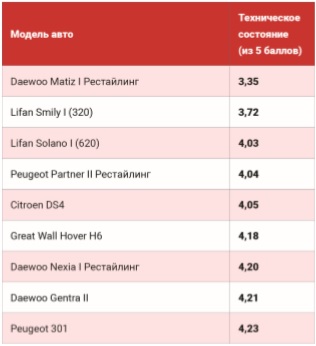 “The rating of reliability among the fresh used cars is headed by the redesigned Daewoo Matiz. Getting into a rating of four Chinese machines are not so surprising as getting into the top ten least reliable of the three models from Daewoo. And it is quite a shame that fifth place is really stylish Citroen DS4”, total top outsiders 2018. 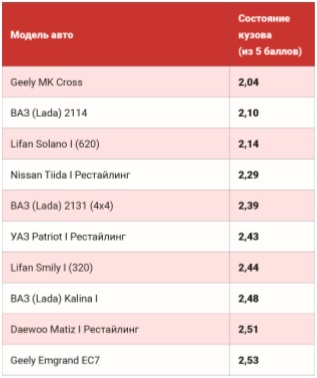 And again, rotting body. The leader among the ten most susceptible to corrosion of the car bodies was a Chinese Geely MK Cross – 2.04 points, it is very small. Maybe in three years the car will be enough, but after five years on the paint is definitely mushrooms, and even something worse.

Second place – Lada 2114 popular nickname “chetyre”. Third place – again Chinese, only Lifan. In addition to the Chinese domestic brands like Lada 4×4 Kalina of the first generation, UAZ Patriot and Daewoo Matiz, the fourth place is the Nissan Tiida postquestionnaire the first generation. This is already in any gate!

Brands of cars with the best condition of used cars

In a comparative rating also includes car brands and not just individual models. CarPrice appreciated the technical condition of the car, released them from 3 to 5 years ago. In the table below, the brands are arranged “best to worst”. That is, brands that produce reliable cars that top the list of brands whose products are far from ideal – it is close: 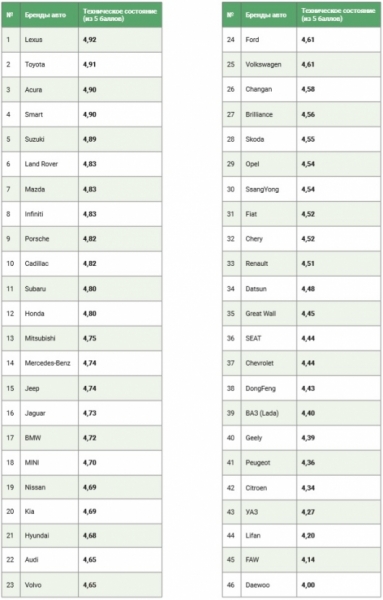 It is worth noting that in the ranking of endurance for the car brands is also not the last role is played by the mileage and care of the owner for the car. As they say: it is possible to break the tank on the bike 30 years to go – troubles do not know.