Motorists are often parked on the lawns, the state Duma is looking for new ways to punish 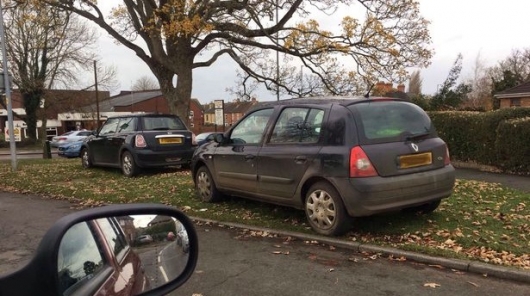 The regions will be to penalize drivers for Parking on lawns. The bill recommended for adoption by the state Duma Committee on state construction and the legislation in the first reading.

Of course, the changes motorists will not feel like it was impossible to Park and even drive on the lawn and will continue to be impossible – for it is fine. But for applying monetary penalties authorities from a legal point of view this kind of bill will delineate the scope of its activities.

“At the present time in the cities is steadily increasing the number of vehicles that gives rise to its temporary location (the Parking lot) in areas with gardens, lawns, flowerbeds, playgrounds and sports venues and other facilities. Such actions became widespread, inconvenience to residence, damage to vehicles green spaces and objects of an accomplishment”, – stated in the explanatory note to the document.

Struggled with this violation by establishing in the legislation of the constituent entities of the Russian Federation administrative responsibility for Parking vehicles not designated for Parking areas (lawns, playgrounds and sports venues), but there was a judicial practice on recognition of such regulations are contrary to Federal law.

Thus, the bill clarifies that the penalties apply only for violation of the rules described in the Federal Rules of the road. Then there are regional courts, to understand the essence of the case, explained that the regions do not have the right to set their own penalties for the offences, because at the moment the Federal of the administrative code of a fine for Parking on the lawn there.

“The courts refer to the fact that the placement of the machine on lawns is the failure of the Federal laws “On environmental protection”, “On sanitary and epidemiological welfare of the population” and regulations of the state construction Committee of Russia, 2003.

To duplicate these requirements at the regional level (and introduce penalties for non-performance) regions have no rights, it is regarded as abuse of authority”, – noted in the material of the newspaper “Kommersant”.

Several times things about Parking on the lawn came even before the Supreme court, which confirmed that a formal lawn is not expensive and it is not a violation of the Rules of the road. So the sanctions in this case for the particular violation of traffic rules can not enter. However, in this case there are nuances.

Enter the draft of the law and introduces the distinction between regional and Federal competence. Regional rules would be contrary to article 12.19, as they relate to the prosperity of cities.

“The bill proposes to clarify that the administrative responsibility for violation of stopping and Parking of vehicles in accordance with article 12.19 of the administrative code, applies exclusively to the relations regulated by the Rules of the road, and can not relate to issues of violation of rules of improvement,” explained one of the authors of the amendments, Pavel Krasheninnikov.