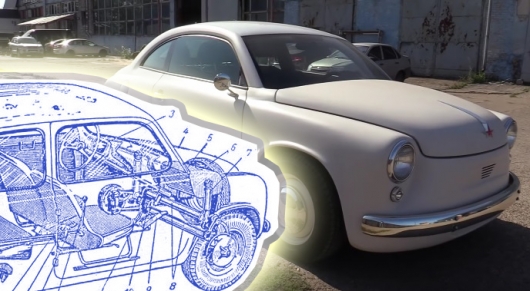 In the world there are many hand fans to make your ordinary car something that would cause an exclamation of surprise from any detached observer. For these purposes, the empirically identified the most suitable car models. So, in the West the most popular tuning is based on the Volkswagen beetle old generation. All because his body was easily removed and it can be replaced by any other type of sample. From the “Beatles” did a fake Porsche, sedans and even minivans.

In our country also had their favorite cars, of which homegrown masters fashioned their crafts. Based often take ZAZ, VAZ, GAZ (“Volga”). The most severe and skilled craftsmen were doing the entire car yourself, taking as a basis only the engine and transmission.

Today, in times of plenty car, such kulibinyh is almost gone. Very few people want to spend years on a makeshift mess. However, some motorists so you want to look like everyone else, that they are willing to do “reverse” remake. That is, from modern cars to recreate some classic model.

Here is an example of such work – from a modern Volkswagen Beetle to make the plows. How do you like that! ZAZ 965, being the people’s car performed similar to a Beatle’s role. Therefore, these two models are best suited for mutual changes:

However, unlike the “Beetle” ZAZ 965 has never received a modern twist, to satisfy the nostalgic cravings of his fans, as did the Beetle in 1998, updating the old to the modern version 2.0. Well, now the problem for the Cossacks were resolved. The history of the creation and end result new-ZAZ 965 you can see from the video above. Just add a few comments. 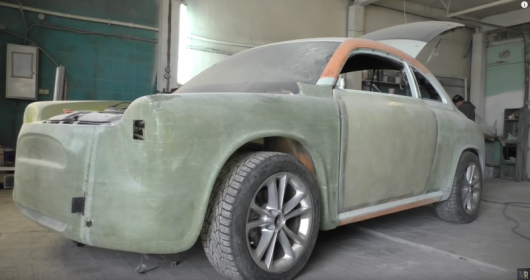 It seems that the body 965 th made of fiberglass and replace almost every body panel “Beatle”, except for the roof, pillars, floor and glass.

The design of the car looks as you would expect from the modernized ZAZ. Although current production model probably would use more modern lighting.

Anyway, we have to give credit to those who could do such a project. Effort in it, apparently, has invested a lot, and they are, as you can see, perfectly justified!