Mercedes GLE vs BMW X5: a brief comparison side by side

Which crossover is better: GLE or X5? 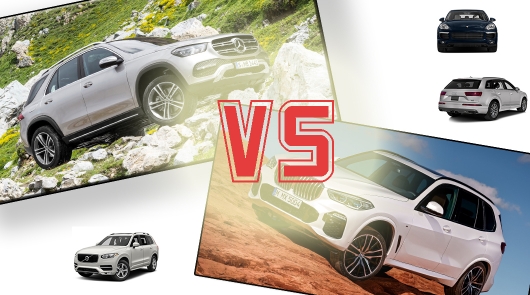 Just 12 days ago Mercedes has unveiled its new crossover under the version of GLE. The model proved to be a carrier of the expected style from the stern (if you’ve been following the spy photos, then you’re obviously not surprised that I saw), but shocked many loyal fans of the old version of medium-sized SUVs MB. Some people see in the pictures looking at them with their little “parchami” SUV thought it updated even GLC or GLA, so from some angles plyuschevo looks new. As if Mercedes decided to revive the old concept sketches of the late 90-ies in life: 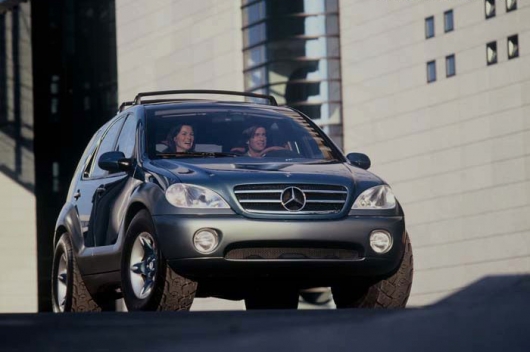 In General, it’s the new GLE (according to the old nomenclature – ML) is clearly not for everybody. Hold out a model with external data in the Top against their old rivals? Hard to say for sure – this will show worldwide sales in the coming year. But what we can do for sure and right now, to compare two models of crossovers, the two most popular competitors in the world: the newly-born Mercedes-Benz GLE and published earlier updated the BMW X5.

Why compare only two German model crossover? They have no competitors? 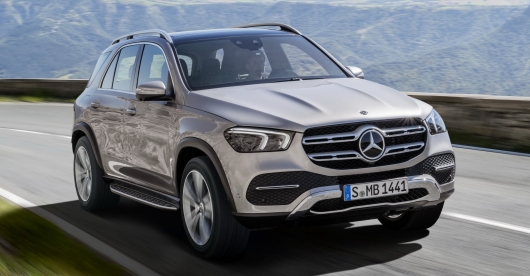 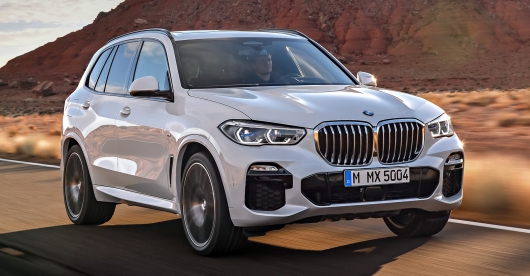 Why take only two? After all, if we are to be honest, it will be unethical, and just wrong, not to mention the whole army of competitors, opposed to the two aforementioned models from Mercedes and BMW. This is all the infamous Audi Q7, Porsche Cayenne, Volvo XC90 or even the VW Touareg. Add to the pile here Range Rover Sport and Lexus RX.

Yes, everything is simple, Mercedes and BMW was the first European automakers which have made a breakthrough step in the crossover segment, in 1990-ies. Decades later, these two models, the X5 and GLE are the most competing and popular models in the market. Even updated versions almost at the same time. Coincidence? I don’t think!

So, yeah, these two competitors sort of not. 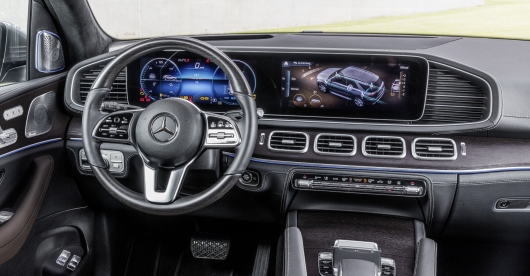 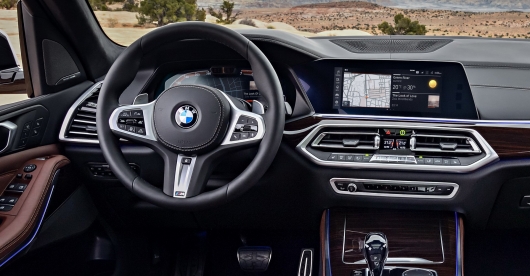 We wondered: How best to compare two of these models. In appearance? Speed? On technology? And came to the conclusion that they needed to compare the set of parameters.

Of course, even people looking for lavish amenities a family SUV, we care about aesthetics.

What to prefer? To meet the modern and aggressive-looking X5 2019 model year, or possibly to give preference to smooth and “sensual” design 2019 GLE? These two are totally different, but great to compete among themselves philosophy perfectly combined and complement each other.

Let everyone decide for himself – what kind of crossover to him like. And the official photos this will help you: 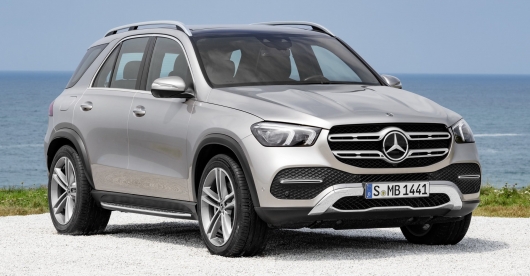 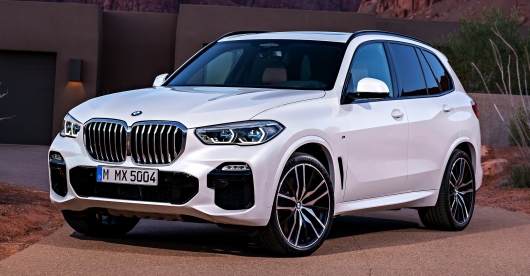 If we talk about technology, the two models have rarely been on par when it came to the last. The original ML was presented a few years before the X5, and in addition to the models of the second generation BMW mostly launched its updated product after the Mercedes, giving the X5 a slight advantage.

When ML has been renamed GLE, that was mostly a facelift of the aging at the time of the model W166 ML, the BMW was already released on the market for a new X5, and that only because the Bavarians held the second-generation X5 to 2013. 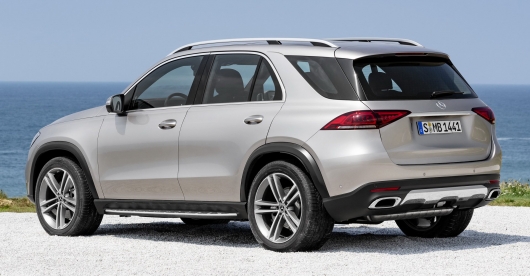 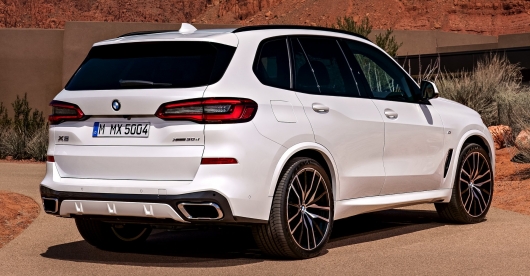 Now, both models were released almost simultaneously, at least with a minimum gap, becoming a new products 2019 model year, therefore to speak about the technical superiority of one model over another will be impossible. Both manufacturers are known for their ability to stuff their new products exclusively the most advanced technologies, which ultimately result in excellent dynamic, highest safety and excellent handling. 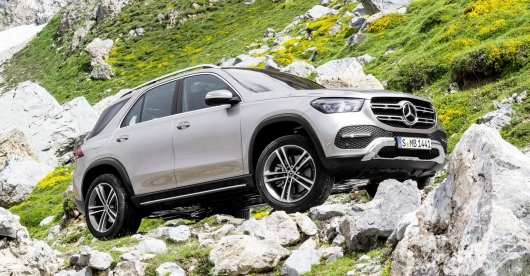 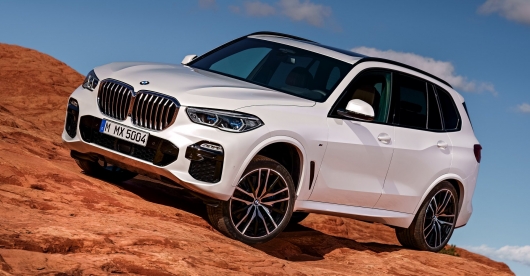 Both models are required to be on top when it comes to the quality of interior and equipment on Board. The way it is. But here’s the differences:

If you do not take a different interior style, most strongly evident in the difference of dashboard design. Despite the fact that both crossover crammed under the roof of first-class safety functions and various services of which previous generations could barely dream of, the main difference is inside the car as the vehicle for the driver. Moreover, traditionally in the individual flow especially distinguished Bavarian.

Both crossovers in high-end versions of the infotainment displays are completely digital. BMW however, they are differentiated into two magnificent screen, with a flattened Central 12.3-inch LCD display on the centre console towards the driver. While the screens GLE of the same size and they look like one giant LCD display, stretched out to half torpedo. No reversals in favor of the individuals in the cabin. Everyone in the new GLE will be convenient to manage the settings of the climate control or audio system.

Thus, although you can still argue about graphics and user interface, the General consensus is that Mercedes currently dominant in the work done with the instrument display panel.

Otherwise, both have crossover ambient lighting, textured soft leather and other high quality materials, premium sound system, third row seats and a range of driver assistance technologies. All the nuances are quite comparable.

And the winner is… 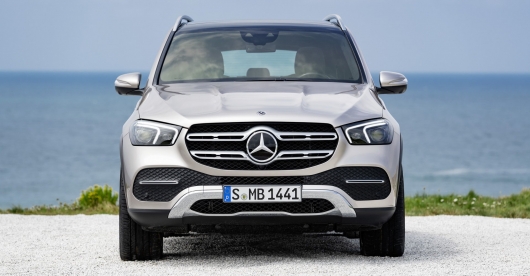 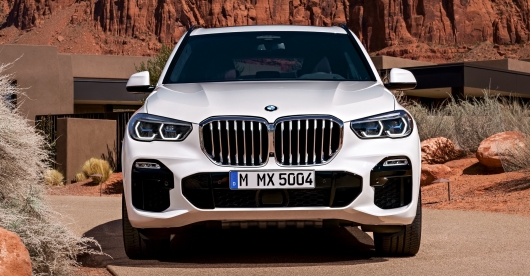 Hmm, you guessed it – the winner we can not name. Both models are very close to one another. In the end, back to where we started – it all comes down to personal suggestions. Some buyers will likely prefer a more sporty model X5 with a more dynamic design (just look at the size of the double grille!) and the driver-oriented instrument panel, while others will appreciate a more elegant, flowing lines of the new GLE and its luxurious interior. 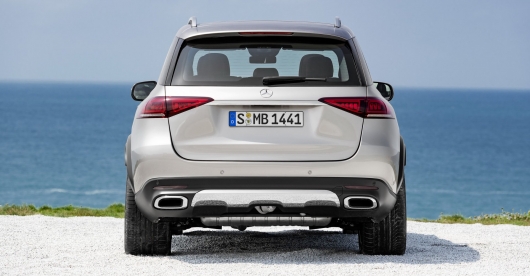 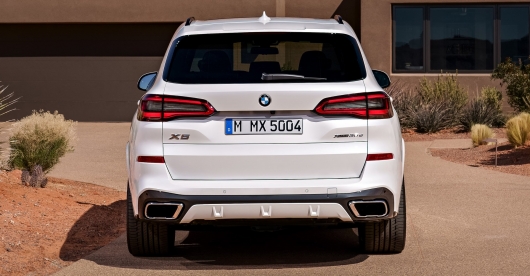 So, what do you say to that? If you chose the SUV, what would you take for yourself? Vote!