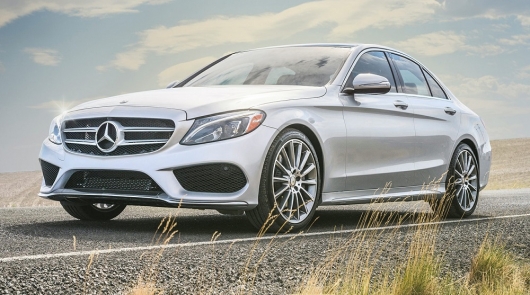 Mercedes “pumped” C-Class four years after the appearance of the model. For fine visual facelift with new headlights, moldings and interior hidden new engines and technology from the flagship S-Class. Prices in Europe start from € 39 948 (3 million rubles) in Russia from 2.3 million.

Over the years of production that began in 1983, was built almost 10 million copies, without exaggeration, the legendary “Baby Benz” as it is affectionately called the grateful owners. Many years, this model holds the palm as the most demanded and popular model of the brand MB.

It is not surprising that upgrading the car manufacturer is always with seriousness and responsibility. No matter whether it is short-term and medium-term restyling. 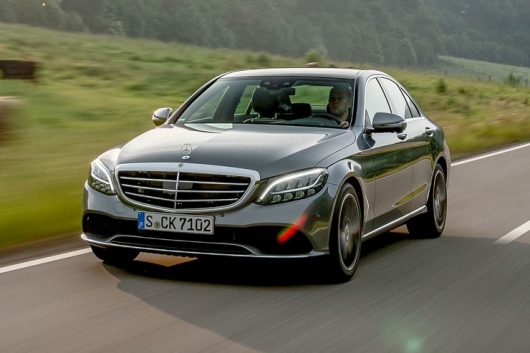 And don’t be fooled by a mean improvement of appearance. The exterior has really changed very much. Slightly altered the front part, slightly changed the style of the headlights, put the new tail lights. By the way, head lighting, now put two versions – standard led model and a more advanced Multibeam led options that can be seen on more expensive Mercedes models.

Five diesel and six petrol engines of the C-Class 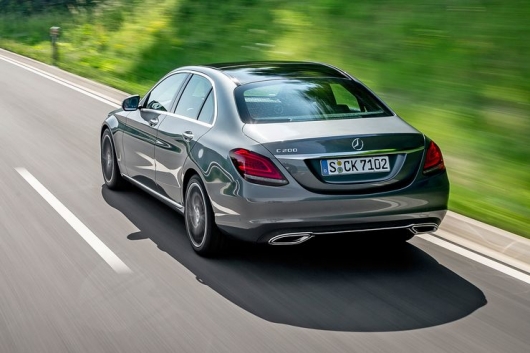 More important are the changes under the hood. The engines completely changed the firmware, now all the engines meet the stricter requirements of Euro 6d. There are eleven variants of units: five petrol and six diesel. As in the case with the predecessor, the entry-level model will carry the index C 160. 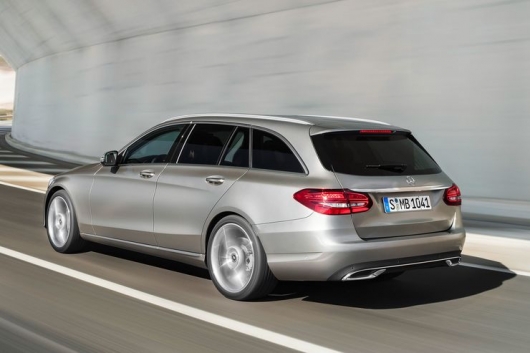 Probably the most interesting of the new petrol versions of the updated model was model C 200.

She has installed a completely new four-cylinder engine with a displacement of just 1.5 liters, but with an auxiliary 48-volt electrical system and a belt-driven generator that can generate an extra 10 kW and 160 Nm.

They say that driving with such a system requires some habits, there is some momentary delay as during acceleration and in the discharge gas. How this is really still unknown. 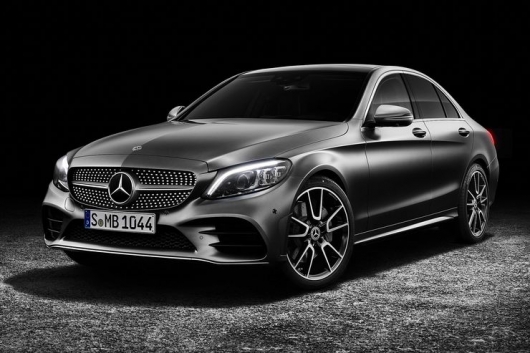 The starter / generator has more advantages: turbojam thing of the past, guaranteed a smooth start, smooth acceleration and low fuel consumption with minimal emissions of CO2 – a self-speaking.

It should also be noted that electrified C 200 remains the Mercedes of the middle class at a cost of 39 euros from 948 in Germany.

For customers ready to take the AMG price plays a secondary role, “C 43 AMG” is from 61,850 euros, but a great performance by the 48-volt – is quite another matter! The model gets an additional 23 horsepower to 390 HP, which was available on the previous model. 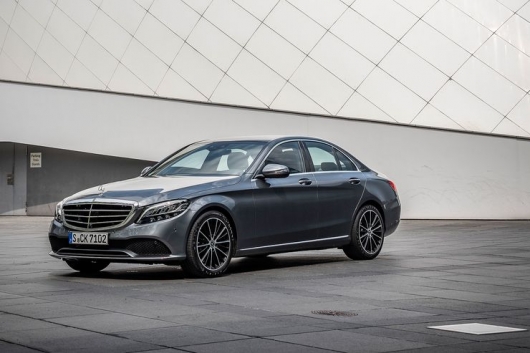 In diesel engines, new aluminum OM 654 replaces older generation powertrains OM 651, whose Carter was still made of gray cast iron. The new engine, the crankcase and the cylinder head made of aluminum alloy.

The first model of which will set the diesel “heart” will be the universal C 220 d Estate. Its capacity will be 194 HP

As standard, the torque is transmitted through the box 9G-Tronic. It works “smart” and seamlessly.

The menu offers another option for fans of the classic manual transmission: C 200 d 160 HP 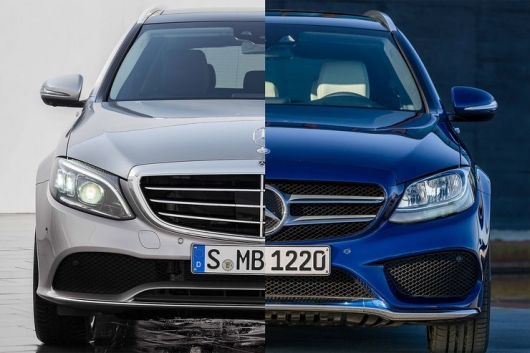 Features of the new headlights from the lighting the previous model is not just change their style. Now also available Multibeam led light bulb from long range “far light”, the maximum lighting distance is increased to 650 meters.

Led lights allow you to control a distant light, eliminating oncoming traffic from dazzle light beam. Intellectual light is able to cover wider intersections, to “see” around corners, and better work on circular motion. With improved headlight side will be lit even better. Earlier technology was only available for the S-Class and CLS. 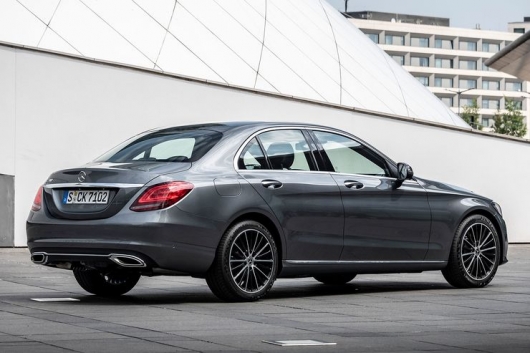 As standard the C-Class has got halogen headlamps and led DRL. 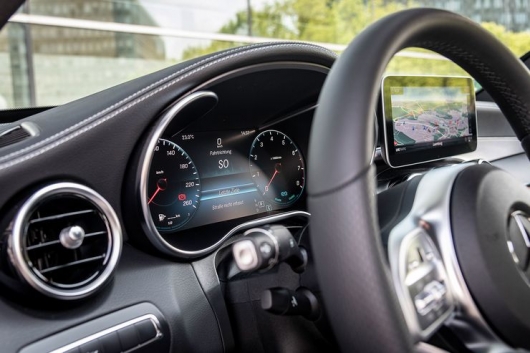 Keyless start is becoming a standard. The corresponding button located on the driver’s side dashboard. The key is that you do not want to get out of the bag at launch, available in black and white with a matte or shiny chrome frame. For centre console, two options are available veneers: “walnut brown” and “oak anthracite”.

New contour seats that have a system swap the side air bags and pneumatic lumbar support. Air chambers in the seat backrest can massage the back of the driver of the pulsating or undulating movements.

Surcharge available “comfort” Energizing, combining air conditioning, system air aromatization, heated seat and massage function, as well as the ability to automatically adjust the ambient light in the cabin. When enabled, the selected one of the six preset programs, lasting ten minutes at the salon will play relaxing music, and the car will make the trip, maksimalni pleasant. It was only in the flagship sedan S-Class, now it can be found on the “budget” version of the sedan. 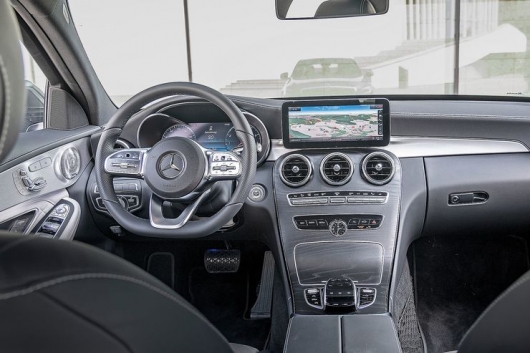 Salon “Baby Benz” was remade in the style of the E-Class: the new three-spoke steering wheel, a touchpad for the entertainment and work tasks, the touch buttons on the steering wheel and the controller in the centre console, which gives tactile feedback. C-Class can also be controlled by voice. 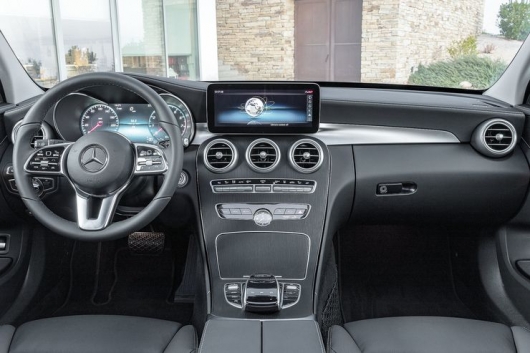 Many functions moved to the screens of the infotainment system MBUX (please read more about it here: Mercedes unveiled a new infotainment system Details), but also a lot of information is now hidden inside the new electronic instrument panel. She’s here for the first time. Has many options for tuning, including their appearance.

In the standard version of “tidy” with an analog pointer instrument between the tachometer and speedometer is a 5.5-inch display. 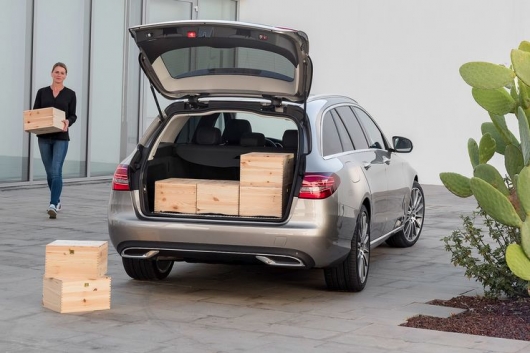 Electronic assistants also went on a C-Class with larger models. For example, the remote control system Distronic uses the map data to the navigation system to control the speed of. With radar and cameras, the C-Class is able to look 500 metres ahead, 40 meters and 80 meters back. The standard equipment includes Brake Assist technology is designed for better detection of pedestrians and cyclists and prevent accidents with their participation. Electronics will also help in the management and avoidance of danger on the road and in emergency situations.

The new diesel also has become a hybrid 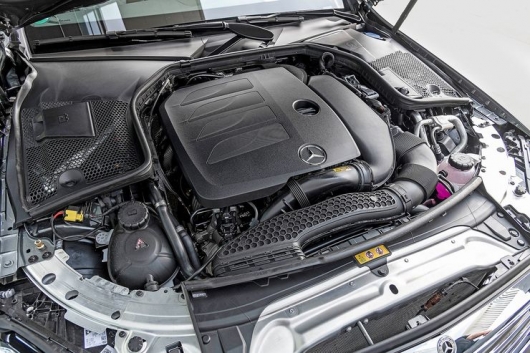 Two-liter turbodiesel known E-Class, the Junior model will not change for power (194 HP, as before) and will also deliver 400 meters Newtons on a box 9G Tronic. 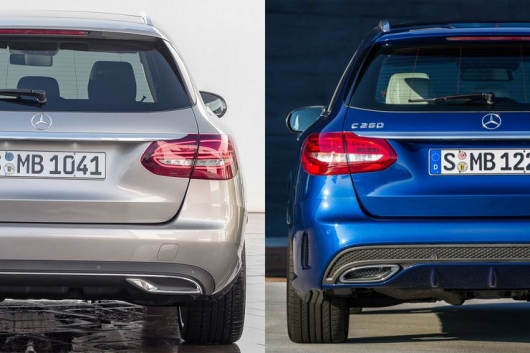 For the first time Mercedes has combined the diesel engine with a plug-in hybrid technology. OM 654 motor helps the motor power of 90 kW with torque of 440 Nm. Li-ion battery with a capacity of 13.5 kWh, allegedly held up to 50 kilometers on electricity. 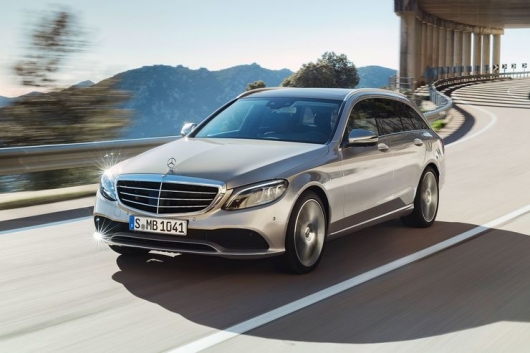 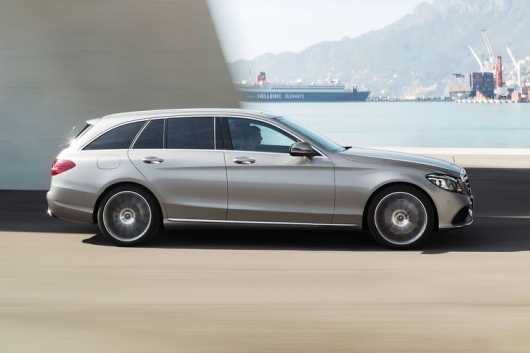