Here the meaning of the spiral inside aircraft engines

What is the meaning of the spiral inside the airplane engines. 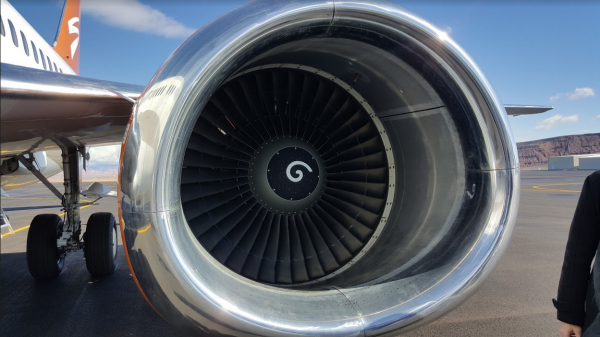 If you ever flown on a commercial aircraft, it is likely that you notice little white or yellow spiral in the center of aircraft engines. Anyone wondered why these spirals? Yes, of course, there is the view that the spiral needed in order to warn the employees of the airport that the aircraft engines are turned on. This is partly true. But not so simple. This is not a complete explanation.

To learn precisely why in aircraft engines painted white spiral, we went directly to the aircraft manufacturer the Boeing company. Here is what their representative:

“Spiral in the center of the engine serve two purposes. First, the spiral is drawn to scare birds away. Second, the spiral helps to determine whether the aircraft engine”.

We also asked the representative of the company rolls-Royce, which is the world’s leading manufacturers of jet engines. In principle, the question of the spirals in aircraft engines we were told the same thing and the Boeing company.

Here’s what they wrote to us:

But looking at the spiral, you immediately know that the aircraft engine is running.
During the flight, the spiral also plays an important role. Upon rotation of the spiral forms of the visual impressions which deters birds. In the end, they usually don’t come close to flying the plane.”

In General, this version is quite plausible and similar theories you can read on many other websites.

But actually, there is also a lot of other conflicting information.

For example, during flight aircraft engines operate at a fairly high rpm and hardly spinning spiral will be visible to birds. Not noticeable and shimmer spiral. Therefore, the hypothesis that spiral deters birds somehow questionable.

By the way, here’s what happens to jet engine if it will get the bird

How, then rotating spiral can alert ground personnel that are on the ground plane of the engine?

After all, when the engine is fully warmed before going to the runway, the blades of the power unit start spinning very fast and one can hardly see the white spiral.

Yes, that’s right the white spiral with the engine running is not visible. But thanks to her at a running aircraft engine ground services of the airport you see in the engine blind spot. In the end, it is easy to determine that before you aircraft with their engines on.

Why do we need to warn the ground staff working on the engine of the plane?

The fact is that working near the running engine is very dangerous.

For example, the engine of a Boeing 737, operating at idle, has a danger zone of 2.7 meters.

This means that even if the aircraft engine is idling, there is a risk of human ingestion into the engine. 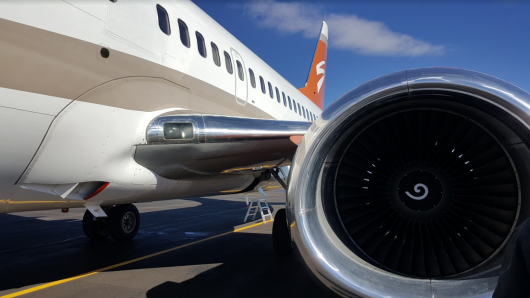 When the engine revs increase above idle, the zone of danger to humans is increased to 4 meters and more.

The engines on large jet planes, such as Boeing 777, of course are even more dangerous area to which to zoom when the motors are strictly prohibited.

Therefore, it is very important that the ground staff airports are easily and quickly determined whether the engines of the plane, beside which they work.

So, it is known that spiral in aircraft engines is an important element to assist an employee of airport ground services.

With regards to version to scare away birds, we do not think that it is convincing because it really is unlikely that birds can see the flickering of a spiral, which rotates during flight of the aircraft.