Compare new Mazda3 2019 with the predecessor: who is better? 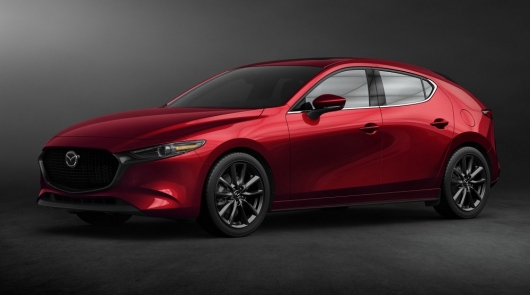 Many automakers are very cautious about making pseudoparticle cars in the mass segment. Exceptions can be counted on the fingers, and among them you will find several models from Mazda.

Along with the Honda Civic, Mazda3 entrenched in the market that is unusual for many style. However in contrast to the “Civica”, the third model of Mazda is no different high-performance engines, sports victories or racing technologies. On the contrary, under the hood “Triples” standing very mediocre powertrains (we mean, mediocre, not in terms of the newest technologies, but in terms of peak power), not a custom suspension equipped with shock absorbers, and within their showrooms you will find a sports steering wheel. Exception is “MPS”, but it is so rare that its presence on the roads is very difficult to notice, and some pronounced sporty character of these models differ so average option among many.

Thus, Мазда3 though not committed in the race, however, carries DNA that is a sports car to compensate for the lack of power under the hood with excellent design, which no other competitor in the segment.

No one except the Mazda3

And really, what the competitor to choose, so he could compare in beauty and grace with a model Mazda3? Volkswagen Golf, Opel Astra, Ford Focus, Peugeot 308, Renault Megane, Seat Leon, Kia Ceed or Hyundai i30? All of these models though are the reference in terms of practicality and mass, but they definitely are not competitors of the “Troika”, especially when we talk about the recently debuted IV-generation. Note that even a model from Seat Leon, which is in its second generation looks very even nothing, is unlikely to attract the attention of fans of the Mazda3: 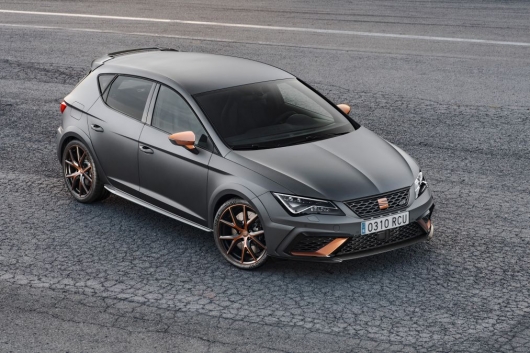 Seat Leon car is beautiful, but not a competitor to the Mazda3 2020

It turns out that if you want to take something “special”, the choice is not great either sporty Civic or a beautiful, but mediocre in terms of specifications Mazda3.

If you want the most beautiful sedan or hatchback C-segment, choose Mazda3 IV generation

In any case, if you are in search of a new sporty hatchback C-segment, you’re probably better to wait to market the new version of Mazda3 2019 model year. Why? Yes, just look at him:

The model was made with the active use of the new corporate design concept of “Kodo”. In fact, we have a fairly accurate idea from the concept of “Kai”: 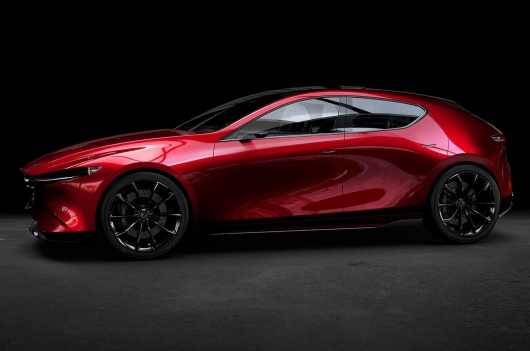 The concept-Kai became a sensation in 2017. The new generation Mazda3 made no less sensation

Indeed, compared with the predecessor, the new Mazda3 looks a lot more emotional. For example, even more, in the fourth generation even more dominated by the features of the European schools, this is particularly evident from the rear ¾ view:

Nothing like? In our view, “Japanese” is extremely similar with the same Alfa Romeo models

The front of the new model is actually not much different from the concept applied in the previous generation, but all the lines and body creases become less noticeable, it leads to the picture a full update of the car, which just breathes freshness.

Again, discussing the style, it’s hard not to be impulsive and to compare two generations objectively, but looking at both models from this angle, it seems that the restyled of the previous generation is larger (above – the fourth generation of the hatchback, below – the restyling of the third generation):

Do not you think that the previous version looked sportier?

The interior is improved including

What to say about the interior when comparing the two versions of generations? The first thing that catches the eye – minimalism. The interior of the new “Troika” has become much easier by moving many of the controls in the virtual cockpit. But at the same time the interior of the steel more difficult. His “complexity” is that the salon uses much better materials, at least we in trying to convince the manufacturer. I hope these changes we fully feel as soon as the novelty will appear on sale.

But the visual changes are visible in the extended “hanging” an 8.8-inch LCD infotainment system, new steering wheel, an elongated Central arm rest, new cupholder (“cascadestyle”) and the gear lever, which “includes a black laser-engraved layer is covered with the second transparent layer”, which creates the effect of a high-gloss black finish “deep transparency”. That is to say, more stylish version in black.

Of course, the novelty has multiple driver assistance system, such as Front Cross Traffic Alert or system Cruising & Traffic Support, where the first detects approaching vehicles at intersections, and the latter can automatically accelerate, brake and steer the car in different situations. But most of these assistive technologies were somehow involved in the Mazda3 the third generation.

How about a sedan?

Yes, as usual there are two versions of the new Mazda3, but only one of them has a unique design of the back, and it’s definitely not a four-door model sedan.

New Mazda3 sedan, technically superior to its predecessor, really doesn’t look amazingly different. You would argue that the Mazda really stands out in the crowd of similar models such as VW Jetta, Ford Focus Sedan, Renault Megane Sedan or Skoda Octavia? We’d say no! Moreover, even the new Corolla sedan and that one looks cheaper than a new sedan of the third series. Alas, here in our opinion, Mazda made a mistake.

But decide how much managed new product just for you. In your opinion, the update was a success?