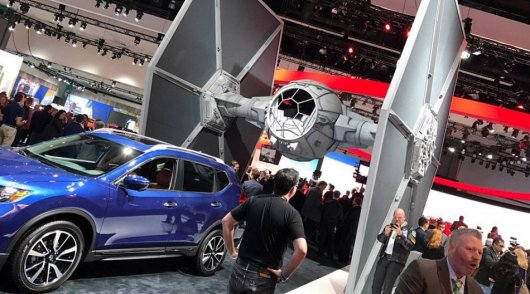 To the motor show in Los Angeles 2017 there just two weeks. Take a look at the key cars that we expect to see at the exhibition.

The motor show in Los Angeles is not a big deal as the larger related events in Geneva or Frankfurt, but its significance is not inferior to them, because of this exposure car company put a point in the year. This is the final auto show of the year.

Here sum up the results, show trends, those who do not have time to do this in Detroit, Tokyo, Geneva or Paris. and re-attract attention to their models of car brands to whom this attention was not enough. The conceptual model will also need to be present at the salon in Los Angeles.

The salon will start from December 1, ending on 10 December this year. As usual, photos from the exhibition should wait a little before press days begin from November 29.

Los Angeles Show is one of the oldest dealers in the world which is still functioning nowadays. The first exhibition of the La Auto Show was held in 1907.

Below You can find all the key cars that we expect to see in 2017 at the motor show in Los Angeles. 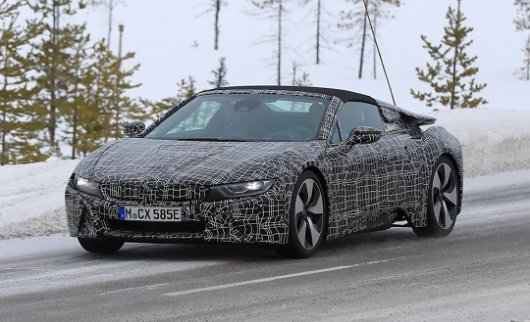 BMW teased the caring and future owners of the long-awaited new version of the i8 Roadster, showing the model in July in a brief 20-second video.

Back in February, was published similar spy shots of the disguised i8 Targa with soft top roof which goes winter testing in Germany.

It is likely that in California, we’re finally going to see the i8 Roadster in all its glory without any camouflage, at least at this point to some factors, the strongest of which is the one that we just got tired of waiting. Give us a car! 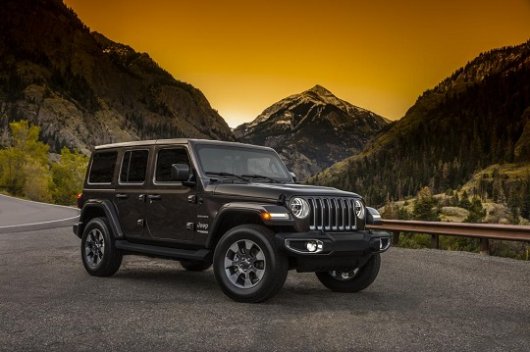 And this beauty we’ve seen on the official photos without camouflage. The first images of the new Wrangler came with the presentation of the novelties at the SEMA show held in Las Vegsa. In Los Angeles, Jeep intends to build on the success and just to elaborate on the new product, providing photographers to take pictures of the SUV from all sides.

The fourth generation Wrangler still exploits the known form of the Wrangler 4×4 with three or pyatidverny variants of bodies.

The new Wrangler, as they say, will be a new version of the infotainment system, and two petrol engines to choose from. Jeep has previously hinted at hybrid technology. Hybrid drivetrain should appear in the line starting with Wrangler. 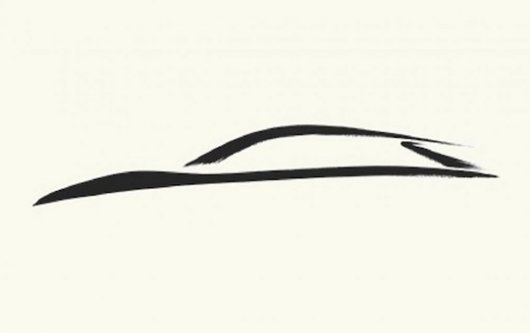 Infiniti, the luxury-an offshoot of Nissan has released a teaser image of the potential replacement crossover QX70, which will be officially revealed recently to the press in late November.

The teaser image does not reveal the appearance, but the automaker advises to have patience and to wait 14 days before the official premiere, adding that everyone will be surprised by this new product, they say it will be the most technologically advanced version of the Infiniti over the entire 28 year history of the brand.

Probably, the crossover will get a standalone technology and/or fully electric drivetrain. 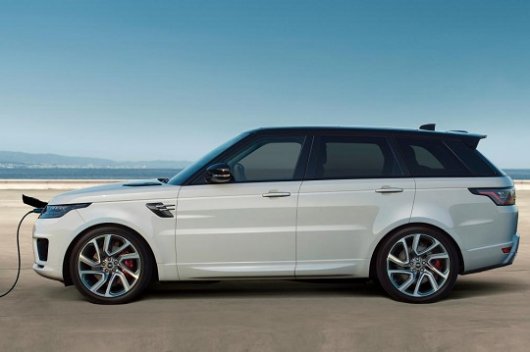 At the Frankfurt motor show held in September, Land Rover has confirmed that a number of plug-in hybrid models of English cars (direct competitors to the Volvo XC90 T8 PHEV) will be presented at the end of the year.

The new Range Rover and Range Rover Sport should be a plug-in hybrid models within the JLR plan to electrify all its models, starting in 2020. 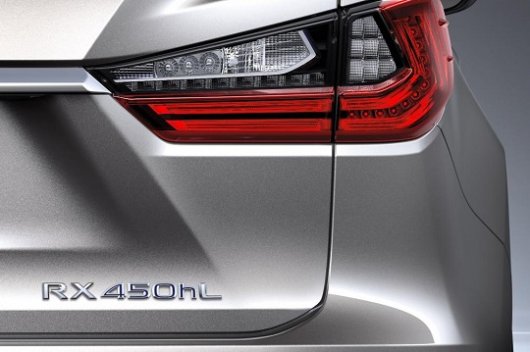 Lexus will show at the Los Angeles Auto Show elongated seven-seat version of the RX models with the additional index “L”.

Japanese luxury model is released so far only one photo of the right rear lamp with a model designation of “RX 450hL”. It is known indicates that we are dealing with the top version and under the hood of this crossover will be located with a powerful 3.5 liter V6 paired with electric motor that will rotate on a pair of all-wheel drive system of the SUV.

A simple model RX 350L will also be available in the model range, as does the budget version of the crossover RX200t with a 2.0 liter turbocharged four-cylinder engine. Note, all versions with the letter “L” will have an increased database and seven seats. 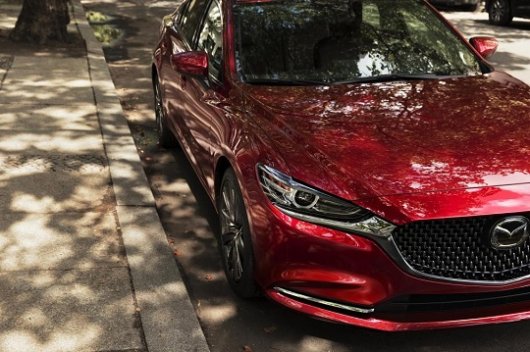 Mazda has confirmed the appearance of the updated facelifted Mazda6 flagship sedan at the upcoming motor show in LA, providing ad teaser photo which shows the novelty of waiting for the official premiere in December.

The photo shows that the front part of the sedan got a new grille along with slightly revised headlights.

The interior was also slightly redesigned buttons on the center console is reduced, set a new screen infotainment system. Cruise control based on radar sensing and 360-degree camera review switched standard restyled version of the Mazda 6 which comes with a 2.5-liter naturally aspirated or turbocharged four-cylinder engines.

In addition to the sedan, the exhibition will bring the CX-5 crossover and half serial, half racing MX-5 “Halfie”. Vision Coupe will also visit Los Angeles. The first time we saw it in Tokyo. 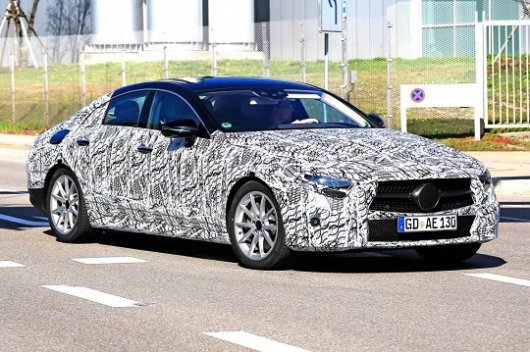 Announced at the LA Auto Show, Mercedes will officially unveil its next-generation four-door CLS coupé. The car several times during 2017 got into the field of view of photospies in full camouflage. It is different “sports” subtle headlights and a revised front filesresearch radiator.

They say that the new model shares the same platform as the sedan E-class. Most likely it is.

The new CLS will be shown at the exhibition together with another Mercedes that has yet to be confirmed. 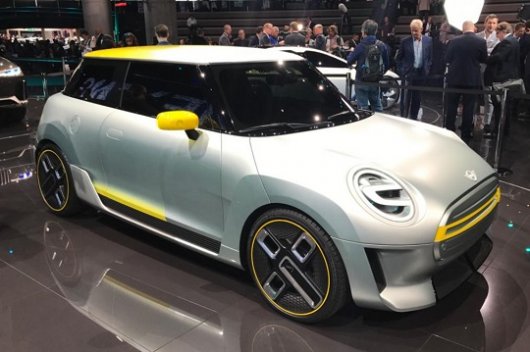 Mini first unveiled an electric concept at the Frankfurt motor show in September. It was confirmed that the Electric concept will be demonstrated in America, with the aim of entering into mass production in 2019.

It is likely that it will share electric transmission and other technologies of the BMW i3, which means the potential fuel consumption of 1.25 liters per 100 km and accelerates from 0 to 100 km/h in 7.5 seconds. 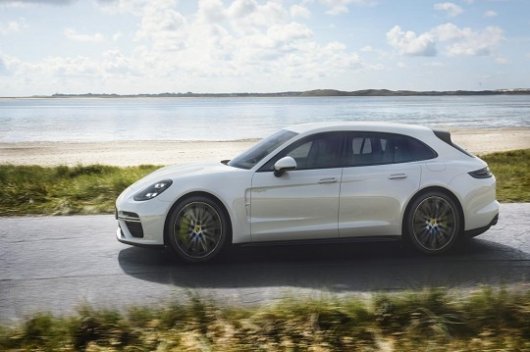 Porsche will bring to the auto show expensive version of the versatile Turbo Panamera S E-Hybrid, Sport Turismo. According to some information, the price tag is great as the dimensions of the Panamera – is almost $200 thousand

The main feature of the sport wagon was the presence of hybrid technology, with which it shared sports racing hypercar Porsche 918.

136 strong electric motor works in tandem with the 4.0-litre twinturbo V8. The result is a combined output power of 680 HP and a maximum torque of 850 Nm available from just 1,400 rpm.

Very economical, can drive 50 km in the electric mode, but it accelerates to 100 km/h in 3.4 seconds and a maximum speed exceeds 300 km/h.