Lincoln showed the new luxury crossover Aviator: the pros and cons of some models

2020 Lincoln Aviator, how was the American “Range Rover” 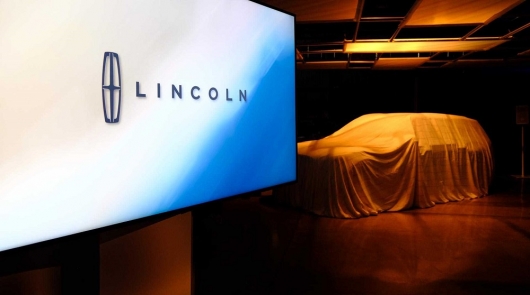 The Lincoln Aviator concept was already shown before today’s debut at the motor show in new York. It is time to raise the curtain of secrecy, all the while looming over a serial version of a mid-size, by American standards, SUV. If we saw something new in the production model, which was not in the prototype? It seems that there is. Serica and its hypothetical precursor, similar as two drops of water, then just apples from the same tree is visible to the naked eye. 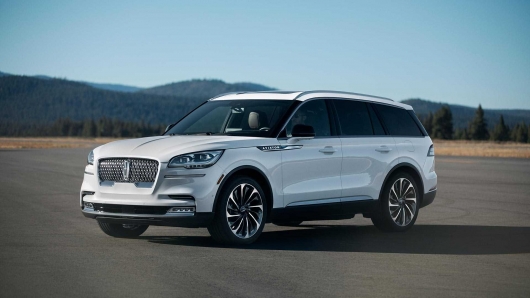 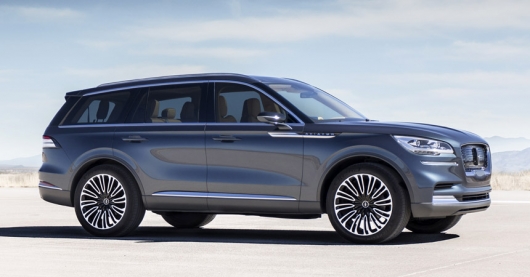 Gone are the ugly square shape of the model the middle of the zero years of the XXI century, in Vogue European sophistication and English panache. But really, the American model from the side is very reminiscent of the British luxury car Range Rover. Take a look: 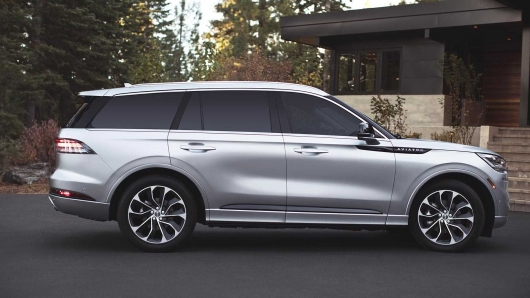 Drop down to the trunk smooth contour of the roof, darkened stands interwindow space, insert (ventilation?) over the front wing that says “Aviator”, the long base at the end of it all, creating the appearance of brutality with a certain finesse… True or not, but the Yankees were inspired by English developments, or they clearly had the team designer with British roots. 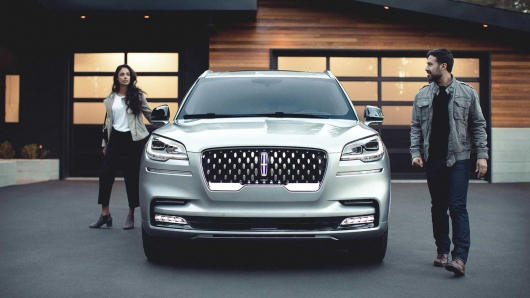 Pay special attention to lights. Besides the fact that it seems like they were taken from some modern Korean (Yes, we really think that Lincoln once did some hodgepodge, however, is quite beautiful and has the right to exist), they are also extremely technologically advanced. This is an adaptive led lighting elements, which at speed will narrow to focus the light beam into the far distance and to maximize the illumination area at low speed, in order to better identify pedestrians, cyclists and other sudden obstacles.

What engines has chosen the Lincoln Aviator? 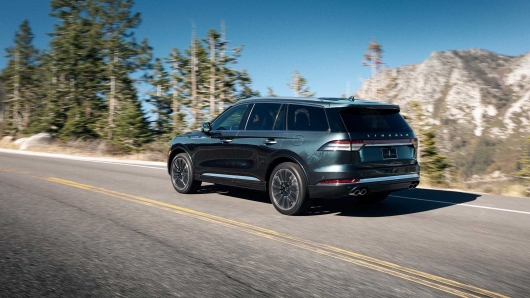 But this is a new, previously unknown information. It is expected that the line of power units of “Aviator” will include: a 3.0-liter V6 twin-turbo coupled with a new 10-speed automatic transmission to send 400 horsepower and 540 Nm of torque to the AWD system, which, incidentally, will be available on the American only as an option. But rear wheel drive is standard theme. 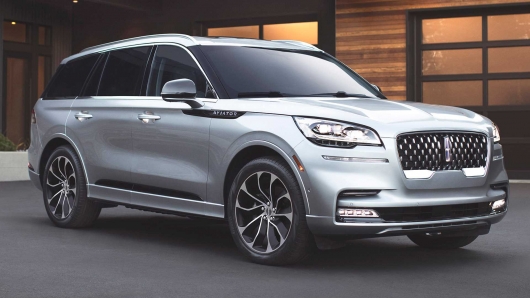 More power will differ a hybrid version, powered by the outlet. It will be offered to the hybrid drivetrain with an engine with two turbines, which will provide 450 HP and a whopping 813 Nm of torque! Interestingly, this figure is much inferior to the torque of the propeller of the plane?

Using the app Lincoln Way, owners can leave their physical house keys. The application can lock and unlock doors, open the back door, remotely start the vehicle and not only…

Cluster tools and the dashboard developed “Bell and Ross”, watch company, known for its dedication to design, inspired by aviation, and instead of wooden finishing materials, the interior polished aluminum, which resemble the dashboard of old aircraft. 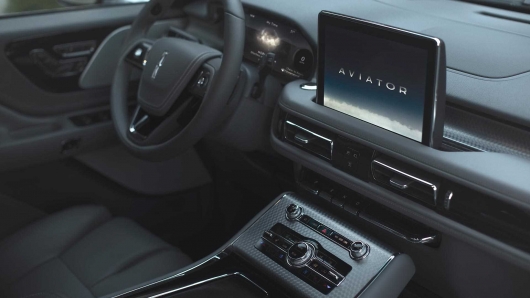 Inside the cabin is generally a lot of luxury and high-tech “bells and whistles”, like большого12.3-inch digital instrument cluster and head-LCD, but what I would like to emphasize: the chair. They are gorgeous. Leather seats with 30 variations of massage: 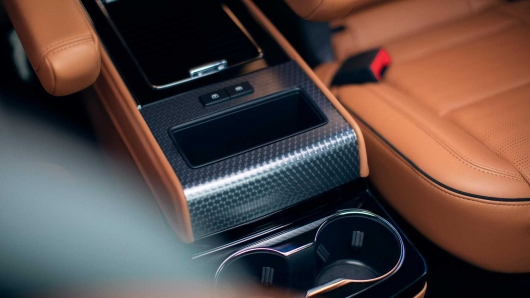 Place the second row is relatively small, despite the fact that they are in a space that could accommodate something more. The third row seats are very small – almost child size – scale that we could not imagine looking at the design of Aviator. 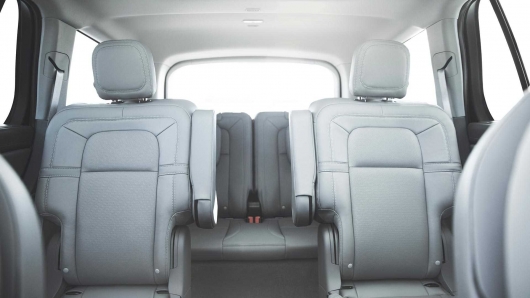 Overall, Americans have made this model. And did you like it? Vote! 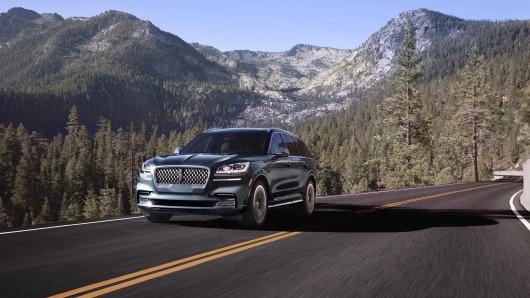 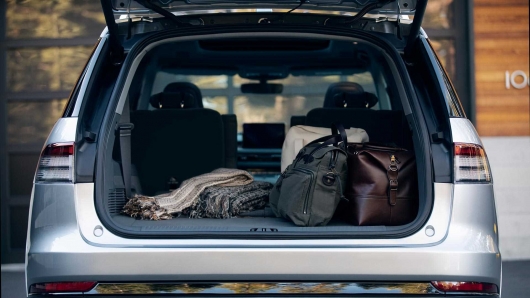 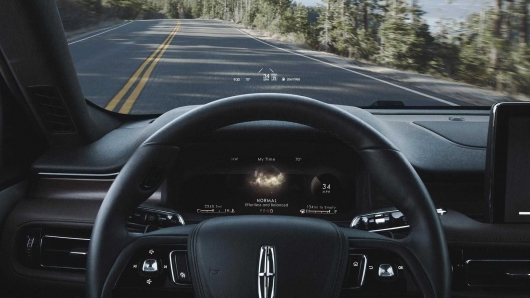 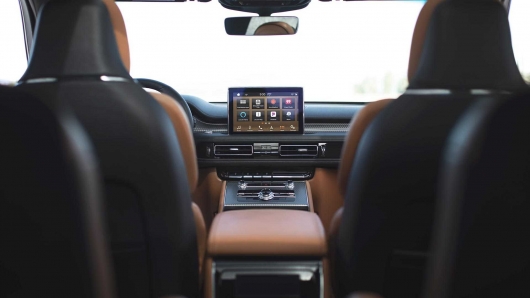 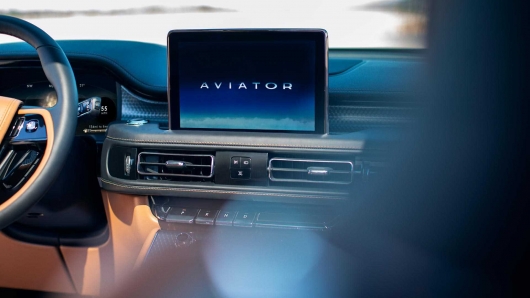 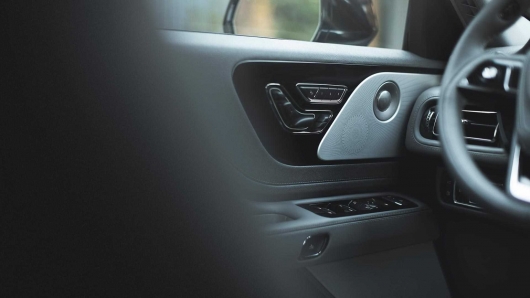 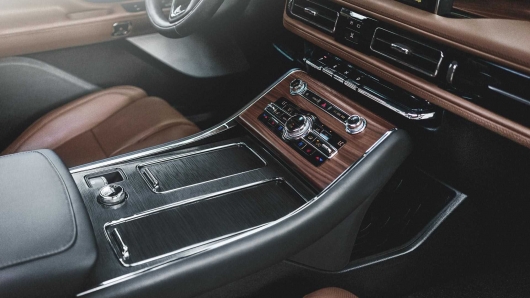 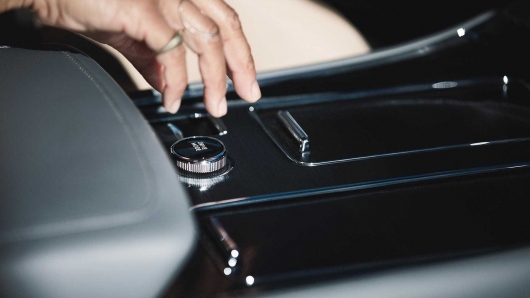