From March 1, 2019 fines with “waffle” layout will come automatically 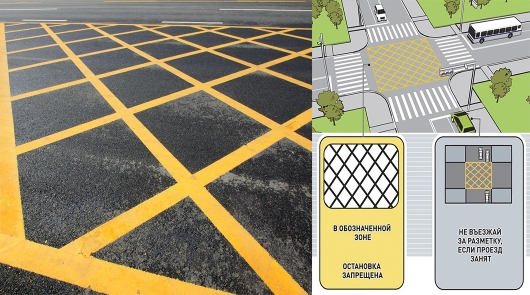 “Wafer layout” is a new phenomenon on our roads. In the rules of the road it was introduced last spring. The penalty for traffic violations at such intersections, in accordance with paragraph 1 of article 12.13 of the administrative code corresponds to 1.000 rubles.

In the near future any car owner in auto mode can be fined literally lightning fast – enough to stop at the intersection for more than five seconds.

When they start fining for “waffle” layout?

Today, the COD (Center of traffic organization) designated the date as of which all received a yellow grid intersections in the country will Supplement the budget from the pockets of violators in automatic mode is 1 March 2019.

“Punish in automatic mode while only blocking one intersection in the city center – at the intersection of the Garden ring and orlikova lane“–reports “Russian newspaper” with reference to the press service of the Center of traffic organization of Moscow.

For violators will follow from several cameras photos and video recording, while the evidence base will be based on the record videmment stop at the intersection. Now the penalty can only write a traffic police inspector. So still be very careful at these intersections. Follow the markings and signs: 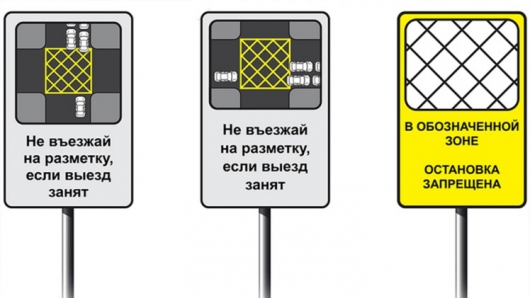 Can you write an erroneous penalty under article 12.13 of the administrative code?

Perhaps the fact that the cars will shoot the video, you can play into the hands of law-abiding drivers. On the one hand, monitor compliance with the rules the bodies (as TMS) thus settles the legal details for their own purposes, but, for the record, you can determine that, say, a motorist passed into the intersection of oncoming traffic when turning left or to pedestrians (this is not prohibited by law: section 13.1 of the Rules, clause 13.4 and 13.12 SDA), and did not create unintended congestion.

“The decision on the penalty will be from six photographs, documenting the violation, four of them will do the review, indicating the date and time of the violation, the trajectory of the machine of the offender and commit a forbidding signal of a traffic light”, – stated in the material on the topic in “RG”.

The expert community is divided. A big part believes that the scheme is working and will only improve the behaviour of motorists on the road. But there is one category of drivers for whom the prediction of the situation, to leave the intersection or stop before the STOP line, will be a daunting task – a novice behind the wheel.

Expert President of the “Guild of driving schools” of Russia Sergey Lobarev described the possible problems recently received the rights of motorists:

“Leaving on a crossroads, it is important to think, and it will not hurt your car perpendicular to the flow, said Lobarev “Newspaper.ru”. – But the current organization of road traffic in large cities, and also the length of the number of intersections of the order of 60-70 m – make such a prediction is quite a daunting task, especially for beginners… Therefore, novice drivers, in my opinion, will fall under this “waffle iron”.

Plus still no driver, yet the system is not run-in to the end, will not be immune from erroneous penalties.