Let’s see what can deceive a police breathalyzer. You can protect yourself from this

In some cases, the breathalyzer cops may show incorrect values. 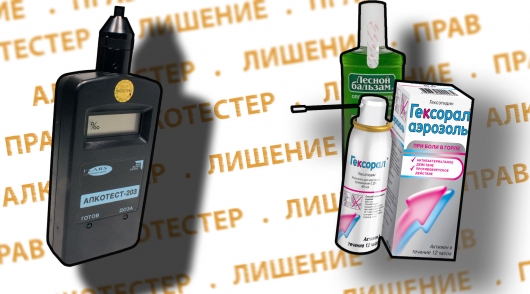 The police constantly urge motorists to refrain from driving after drinking alcohol. Meanwhile, it is not always a positive result of the test carried out using the breathalyzer indicates that the driver is intoxicated. Yes, in some cases, the breathalyzer may show that you had consumed alcohol, despite the fact that you, as a judge, sober.

Tomorrow morning hygiene of the mouth and behind the wheel of the car. What if we meet a patrol of traffic police on the road who decides to test our sobriety? Think of it, what we fear, we’re not drinking before you get behind the wheel. We calmly agree to be tested for alcohol using the breathalyzer. And now we blow in the breathalyzer, thinking about how soon we will come to work and drink a Cup of coffee, but what a bloody surprise – the police reports that the result is positive. Here we have a land and starts to leave from under feet. How is that possible?

The answer is simple. In such cases, the common culprit is a “positive” test for alcohol is the mouthwash that many drivers enjoy the early morning. Alcohol can contain many drugs and even foods that can give a positive test result when testing alcohol breath testing using the breathalyzer. 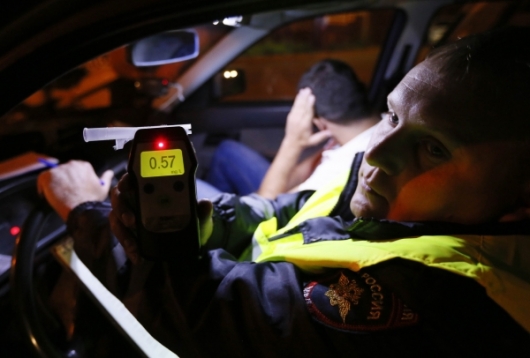 But usually this effect lasts no more than 20-30 minutes (maximum). With regards to liquid for rinsing the mouth, the breathalyzer may show the presence of alcohol in exhaled air if the conduct of the test immediately after rinsing. In this case, the breathalyzer can detect even more than 0.5 mg per 1 liter of exhaled air. But again only immediately after the rinsing liquid that contains ethanol. If you hold the test in 5-10 minutes, the alcohol concentration in the exhaled air could fall by half, but will still be more than acceptable norm, which, we will remind, under the law is 0.16 milligrams per liter of exhaled air.

What to do if DPS after using your liquid for mouth rinsing will want to check you on the breathalyzer? Well, first, notify the police that you have just rinsed your mouth with mouthwash, which contains in its composition of ethanol. There is, of course, will not stop your medical examination on the spot. In any case, the police officer must draw up a report on the medical examination of the driver by means of a breathalyzer test. 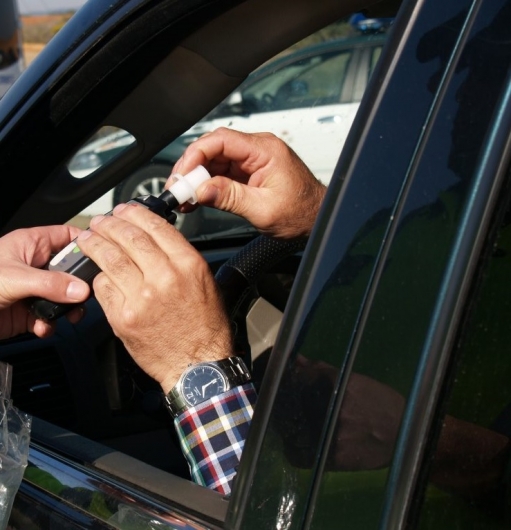 Recall that in Russia the rules of examination of a driver operating a vehicle, the state of alcoholic intoxication, as well as the directions of the said person for a medical examination for intoxication, is regulated by RF Government Resolution No. 475, dated June 26, 2018.

The fact of the use causing alcohol intoxication substances is determined by the presence of absolute ethyl alcohol in the concentration exceeding a possible total error of measurements, namely 0,16 milligrams on one liter of exhaled air.

Also, the traffic police officer may direct the driver on medical survey on the state of intoxication in a medical facility which has a laboratory. A medical examination the driver is sent in the following cases:

– in case of refusal to undergo examination on an alcohol intoxication;

– if you disagree with the results of the survey on an alcohol intoxication;

– if there are reasonable grounds to believe that the driver of the vehicle is in a state of intoxication, and negative result of survey on an alcohol intoxication.

Please note that when sending the driver to a medical examination, a Protocol – suspension of driving (part 1 of article 27.12 of the code of administrative offences of the Russian Federation).

Also keep in mind that in drawing up the Protocol on dismissal from operation of the vehicle must be two witnesses. Without witnesses to make the report the employee of traffic police has the right only if video recording of the procedure for the suspension and a Protocol, what it needs to be a MANDATORY mark that at the time the Protocol recorded video. 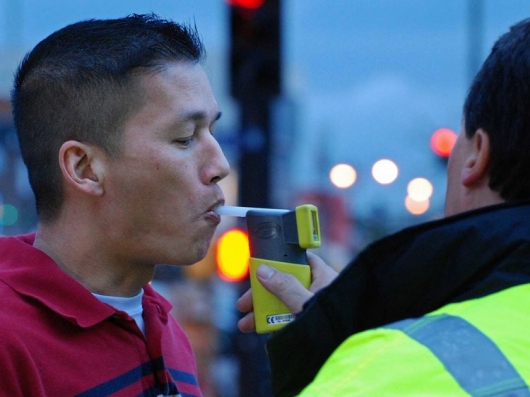 Also, note that when the procedure of verification of the driver on the breathalyzer must also be two witnesses or to conduct video recording of the inspection.

Attention! The breathalyzer must be approved by the Federal Agency for technical regulation and Metrology. The type and form of the breathalyzer should be included in the state register of approved measuring instruments, verification of which is in the process of operation is carried out in the prescribed manner.

Further, the employee of traffic police is obliged to show the driver the integrity and presence of stigma breathalyzer, as well as data about when was made the last calibration of the device (should be a stamp in the passport of the breathalyzer).

And finally, then the driver must exhale into the tube of the breathalyzer, after which the device, making the analysis of air, print the results on the content in the exhaled air of alcohol.

If you find that breath alcohol is present, after 15-20 minutes the employee of traffic police is obliged to conduct a re-examination of the driver on the breathalyzer. Please note that if the initial examination on the breathalyzer was not detected alcohol content in the exhaled air, then the second check is not performed. 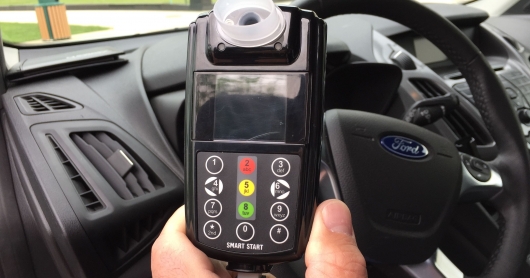 So if you rinse your mouth means mouth, do not worry, during the first test and the breathalyzer showed alcohol content in the exhaled air. First, the breathalyzer showed more acceptable norms, you should test immediately after using mouthwash that contains a decent amount of alcohol. Second, if you really did not use anything banned before you get behind the wheel, and are not hung-over (residual alcohol in the body), then you have nothing to fear, if you rinse your mouth by some means, containing in its composition the ethanol. After 15-20 minutes, when re-inspection of the breathalyzer will not show the excess of admissible norm of alcohol in exhaled air.

Please note that, despite the fact that the breathalyzer might show the exceeding alcohol in the breath, if you have used the mouthwash, it is not necessary to hide from the police the fact of its application. Warn them before checking in advance. So you can avoid unnecessary dirty looks from the traffic police and the excessive suspicion against you. But treat the actions of employees with the understanding, because they are doing their job.

It is logical that if you rinse your mouth with alcohol-containing liquid, and the mouth for some time will actually carry alcohol. Naturally, this will lead to a reasonable suspicion of the traffic police, which under current law are required to test you for intoxication. 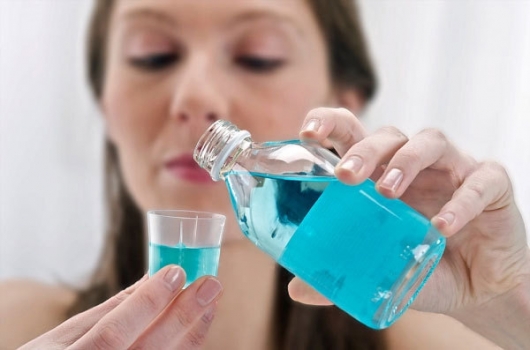 By the way, be careful not only with the mouthwash, which can cause the police the suspicion that you were driving while intoxicated. There are many medicines for rinsing the mouth, which also contain in its composition the alcohol.

For example, a popular means for rinsing the mouth “Hexoral” in its composition contains:

It is with the use of this drug got a headache one driver from Vladivostok, which the dentist has prescribed a mouth rinse “Geksoralom” three times a day.

In the end, because this drug the driver deprived of a driving licence. The driver disagreed with the decision of the world court, found the truth only in the Supreme court. By the way, pay attention to the content of pure alcohol – “Hexoral” 4.33 grams per 100 ml of solution. That’s a lot. Of course, medication to use inside impossible. That is, the tool can only be used to rinse, and that did the dentist appointment driver from Vladivostok.

After 20 minutes, the traffic police held a re-test, which revealed an alcohol content of 0.25 mg per litre of exhaled air, which is strange, since mouthwash alcohol should be considerably reduced in 20 minutes. But this did not happen. In the end the driver admitted drunk and deprived of rights. But then, in the course of the proceedings in the Supreme court it became clear that, most likely, when testing the driver for alcohol were violations. Here are the details of this case. 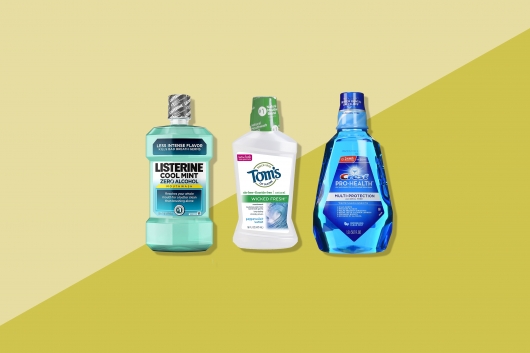 In conclusion, I would like to draw attention to the fact that there are also various products that contain in its composition the alcohol kvass, kefir, etc. But they should not fear. To a breathalyzer exceeding the allowed rate in half, you need to drink an impossible amount of kvass or kefir.

The same applies to candy with alcohol. You’ve hardly eat. But to an alcoholic mouthwash or medications containing a large concentration of ethanol, should be careful. Better not eat them before you get behind the wheel, of course, if possible.