Soon to be held premiere of the restyling of this SUV, which has proved from the best side on the most difficult parts the most remote areas of the Planet where there are no roads, but there are only directions, Toyota Land cruiser Prado. However, the first high-quality photos and some technical data we can see today.

As usual, the spy shots will help us one of the most famous spies in the world under the name hamad1two3. Note that earlier this same photospin posted photos of the updated model Japanese SUV Prado (material in 1GAI.RU), but today we can see the new car in a more advantageous angles, revealing not particular, and the overall appearance of the car. 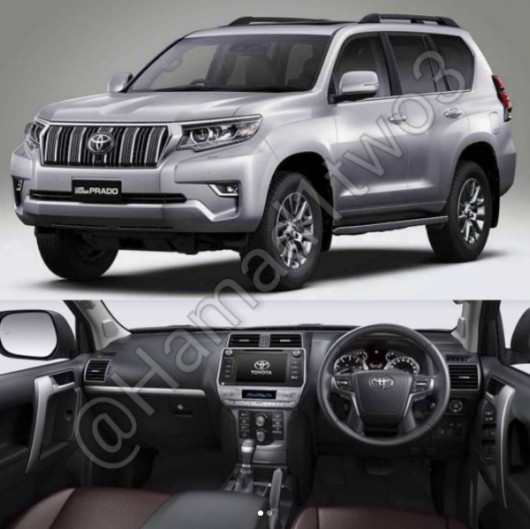 What will change on Toyota Prado? The major portion of the improvements will receive the front part of the car, which will resemble the model of Land Cruiser 200, tighter, more refined, better. Despite the changes in filesresearch radiator drawing on it will remain vertical brand signature Prado.

The vehicle’s profile are not changed, having remained virtually unchanged, but the rear will get the external spare wheel, and then completely redesigned the fifth door, and possibly other rear lights and rear bumper. But these changes will most likely also not significant.

Pay attention to another oddity. In the previous published hamad1two3 photos fifth door looks quite ordinary, that is, there are no mounted spare wheel. What it was and why such significant differences? Different configuration? It is hardly likely these cars in the same model have differences due to purpose on the market, Europe or the States, Asia or South America. 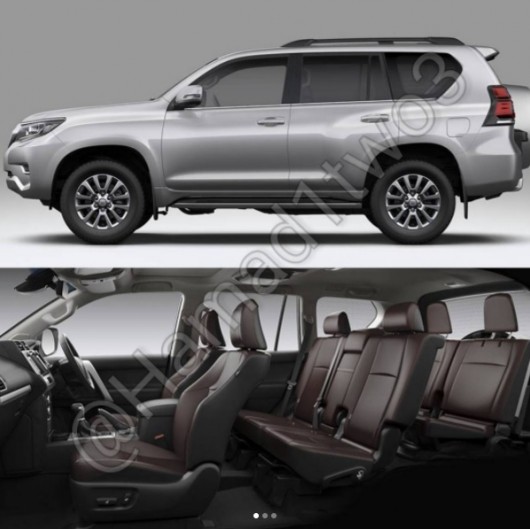 Technical characteristics are also expected breakthrough is not worth it. Toyota, despite considerable advancement in the style of the latest models, continue to be very sensitive to our vehicles, respecting all limits verified by years of technical devices. Therefore, the engine range is 90% likely to remain the same.

Data on improvements in the interior is not very much, there is also no information on the approximate cost of the updated SUV. All this we learn shortly after the official presentation. We remind you that the cost of current models starts from 2 million to 4 million.

Presented on the Russian market of engines we can distinguish three variations: 2.7 litre petrol engine, aggregated with automatic and manual transmission, 2.8 diesel engine and top-end 4.0-liter petrol engine capacity of 282 HP, which accelerates the SUV to 100 km/h in 8.8 seconds.