Kia Sorento changed generation: crossover grew up, got another platform and a hybrid version 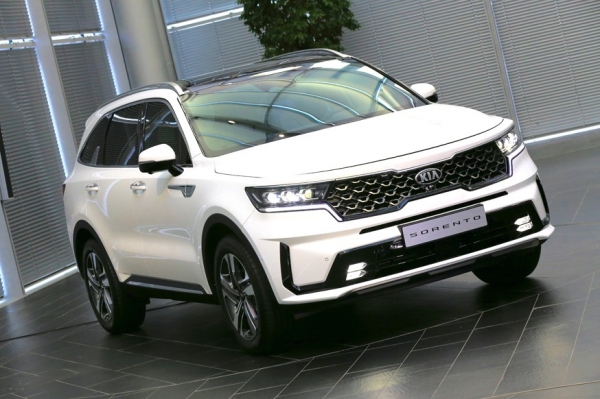 To the European dealers the car will arrive this fall. The model will also be released on the Russian market, but the timing will be announced later.

The Korean company has published the first pictures of the crossover in the last month. Public premiere of the fourth Sorento was held in early March at the Geneva motor show, but it was cancelled due to the outbreak of coronavirus. So, brand officially unveiled their new product just now. 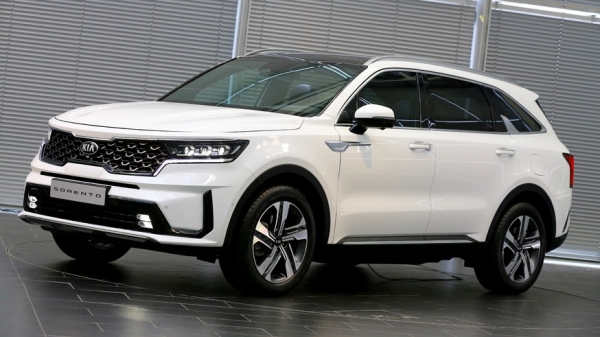 Kia Sorento became larger in comparison with the predecessor (in Russia this model is sold with a Prime prefix to the name). Its length increased by 10 mm-4810 mm and the wheelbase by 35 mm up to 2815 mm. as a result of increased space for passengers. As before, optionally available third row of seats. The second number can be either a regular sofa, designed for three riders, or two separate chairs. 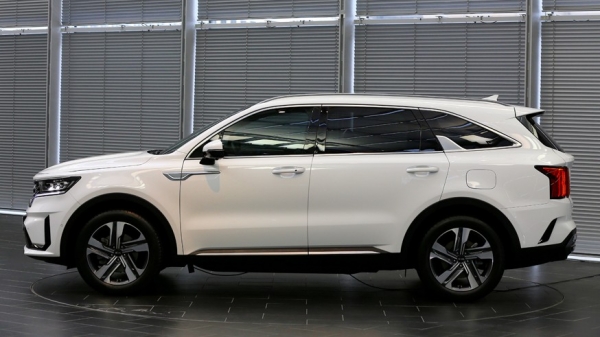 As we reported earlier, the “fourth” the Sorento is based on a new platform of Hyundai (used for sedans the Hyundai Sonata and Kia K5), whereas the basis of the predecessor were “truck” from the Kia Carnival. The SUV is a new generation of more compact design of the engine compartment, and the overhangs are shorter. 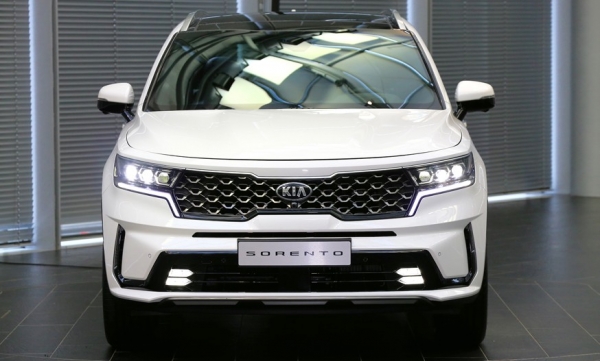 The ground clearance of 176 mm. equal to new At present offer in Russia Sorento Prime he is 185 mm boot capacity double-row crossover is the next generation is 910 liters, while the predecessor he was equal to 660 litres. The version of SUV with three rows of seats cargo compartment holds 187 liters, and the folded rear sofa – 821 liter.

Salon “fourth” Sorento got a virtual instrument panel diagonal of 12.3 inches, and 10.25-inch screen multimedia with support for Apple CarPlay and Android Auto (in the initial versions, 8 inch). In place of a traditional gear lever is the washer. 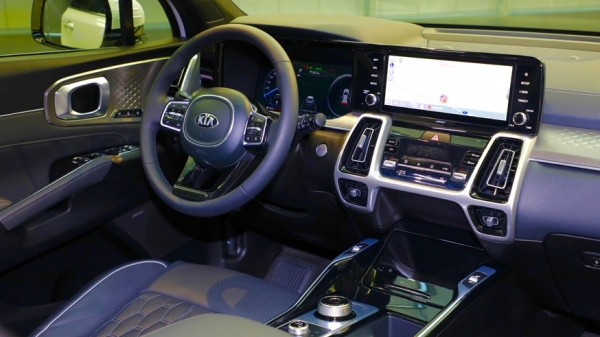 The cameras of the circular review of the car when necessary, you can stream to your smartphone (helps drivers when Parking). For security answer eight albegov, including the knee and the Central that is disclosed between the front passengers, while preventing the collision of the driver and front passenger (available from Genesis GV80). 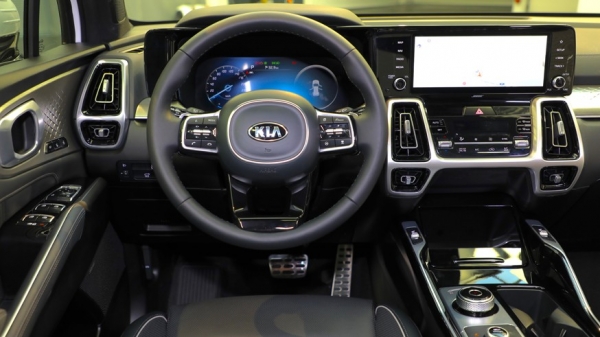 The model received a new turbodiesel family Smartstream. Its volume is 2.2 liters, power – 202 HP and torque of 440 Nm. It comes with eight-speed automatic transmission with double clutch. The standard versions of the drive front, but an optional all-wheel drive with a clutch on the rear axle.

The European version in the range will not be a petrol turbo T-GDi 2.5 litre with a return of 281 HP and a torque of 421 Nm. This version should go on home market and will appear in the United States. In a few he will be offered the same 8DCT transmission. 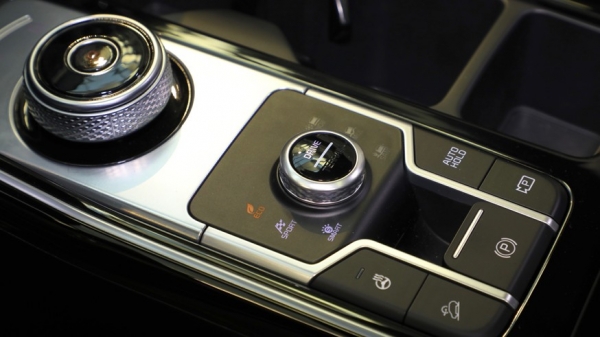 In addition, in Korea, the US and the Old world, “the fourth” the Sorento will be offered in the form of a hybrid. The basis of the system – the 180-strong petrol “turboservice” T-GDI 1.6-liter (265 Nm), with him running the motor with the recoil 60 HP Total capacity of this unit is 230 HP (350 Nm). The unit also includes a six-speed automatic transmission. Lithium-ion battery located under the floor of the vehicle, the battery capacity is very “modest” – 1,49 kW*h. it is Expected that later the car will version full plug-in-hybrid (PHEV) installation on the basis of the same turbodisk 1.6.

If the European dealers the car will arrive in the fall this year, something about the Russian market specifics yet: local Kia dealership call time later. Current Sorento Prime collected on Kaliningrad “avtotore”. In just the past year dealers have implemented in the Russian Federation 11 030 these crossovers, or 13.1% more than the year before.